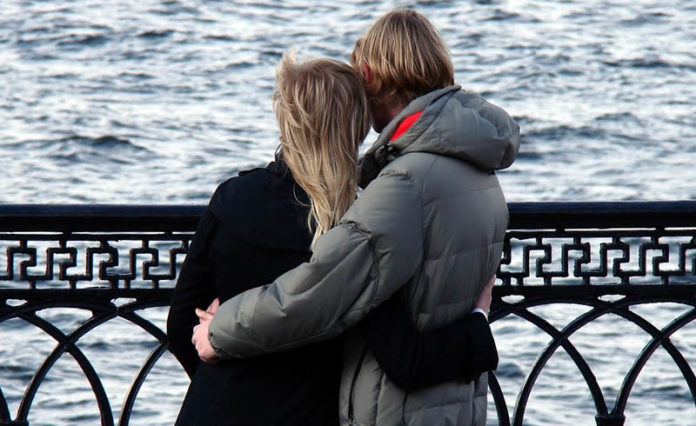 You may know that men hate chatter-boxes who brag about co-workers, pieces of clothes, nails and so on. Instead, they prefer mature mysterious women, who leave a trail of suspense.

Mystery is considered to be sexy. And men love sexiness. So how to be an interesting person since you’ve decided to shut up about some stuff? Guess we’re about to find out! Thanks to our friends from Masha dating for providing us with this interesting guide.

Well, not literally. Tell him something, but with a hint of secret. A lot of girls just imagine themselves at the police department and have the time of their lives, crapping tones of information on a new date. Hey, it’s so funny to tell about your ex, parents, friends, your childhood, your job. Oh, so you just wonder why the count of stories about your exes is becoming larger? I can only wonder. Come on, you silly, don’t be an open door during the first date! When I sit at the restaurant and listen to cute kindergarten stories from the next table, I can only ask myself how durable those boys are. I mean, damn, that’s some impressive description! Instead, try some other secretive options when a person wants you to tell something about your life (caution: it doesn’t work on employers):
– I’d tell you, but you’ll run away
– You won’t be able to handle this
– I’m too shy to tell
Be a clickbait in a nutshell, even if you sleep with a toy sheep Liza and watch Sesame Street, appear interesting.

When he slides into your DM’s with “What you doing?” questions, LIE. Simple as that. Pull out some phrases like:
– You better not ask
– You’re under aged for that
– You are so attentive. Better tell me this….
The man starts making up what’s going on in the brain. Very often he thinks of a mature context, because we all are animals. Boom, sexiness guaranteed. Why would she dodge that question? When you meet a Ukrainian wife, you can see her radiating sexiness from miles and miles.

Women do worse when a guy asks what are they doing and they give a plain answer. Not only it’s boring as hell, but also leads the conversation to end without any spice.

Stage 3: Guess him a riddle

For example, call him and say – “You know, I wanted to tell you something here, although I think it’s too early yet.” Or hit him on the first date with the phrase – “I wanted to offer you something interesting, but changed my mind at the last minute …” The bottom line is that he should have questions. What are you saying? Why still early? What did she mean? What’s the matter? Why did she change her mind?

Female secretiveness is a whole new level of psychology. Oh, by the way, it’s not urgent or important to answer all of the questions.

I’ll tell at once – don’t go overboard with weirdness. For example, you can speak, then stop talking and mysteriously smile. When he asks you what’s the matter, just answer – “Seemed like… never mind” and then continue talking like nothing happened. Stuff like that is killing men. Again, if you’re a bad actress, you may not pull this off. Beware to appear cringey and fake! But if you do, girls from Yes Date will still take you as you are!

Remember: when a man can predict the behavior of a woman, everything becomes clear to him. And he begins to manage the situation. And this is not desirable. Otherwise he’ll be bored – there is no riddle! You don’t want this, right?