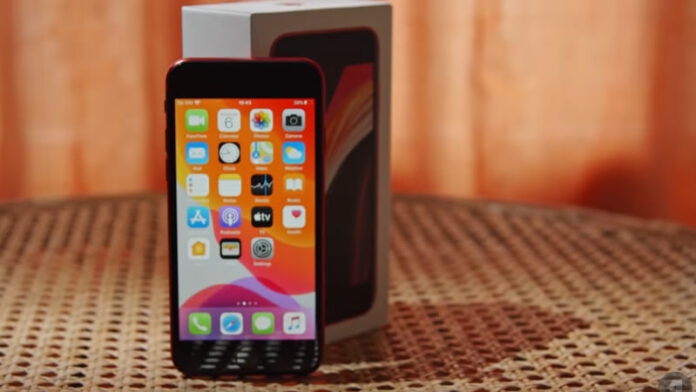 The Apple iPhone SE 2020 was released in April 2020 and it is considered Apple’s answer to the mid-range smartphones which is now flooding the market.

In general, the iPhone SE 2020 looks like the iPhone 8 and that’s quite accurate.

However, the hardware has been improved and what’s important when it comes to smartphones these days is what’s inside.

The iPhone SE 2020 brings back you to the good old days when smartphones used to be just big enough to fit in your palm.  This makes it very comfortable to hold on to.

As you may have noticed, the phone isn’t exactly up-to-date in terms of looks with its huge bezels and single camera on the rear.

However, this isn’t something bad as the phone is made of Gorilla Glass with an aluminium frame.

The front of the iPhone SE 2020 doesn’t have any of those water drop or punch holes dots because the bezels are huge enough to hide the selfie camera. 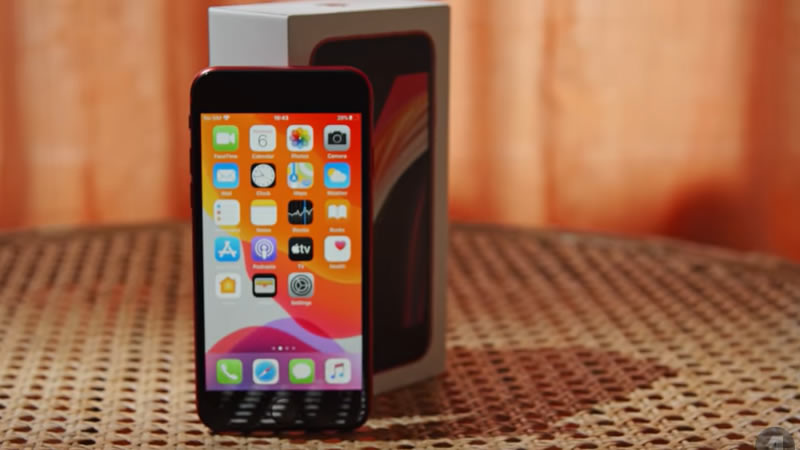 Down under the screen, a round home button works also as a fingerprint scanner for quick access to the phone.

This brings us to the screen which is a 4.7 inches Retina IPS LCD capacitive touchscreen with 16M colors.

The display resolution is a modest 750 x 1334 pixels with a 16:9 ratio, giving the phone about 326 ppi density.  This gives comfort to video content allowing the best viewing on the phone.

The phone also has an IP67 rating so there should be no worry if you accidentally splashed water on the phone. 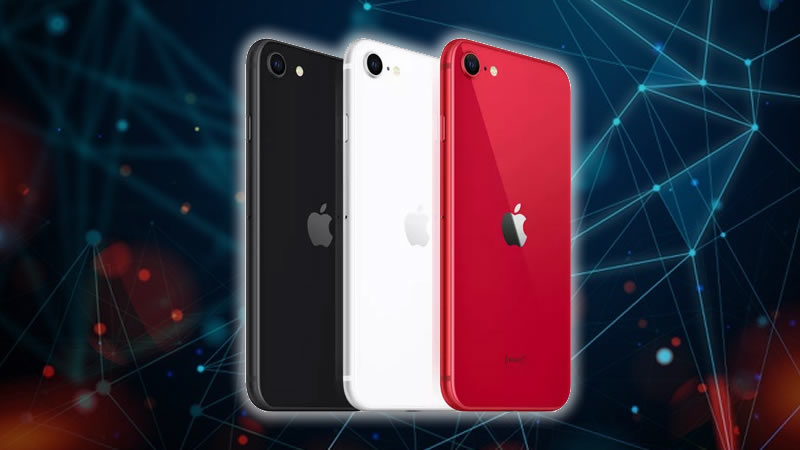 For external audio, the iPhone SE 2020 has a stereo sound set-up two bottom firing speakers and the hearing piece doubling as another speaker.

The speakers are well balanced and loudness is extremely impressive although in terms of quality, it is defeated by the iPhone 11 Pro.

Traditionally, the iPhones do away with the 3.5mm audio jack and this is similar to the iPhone SE 2020.

The Apple iPhone SE 2020 uses the iOS 13.4 as its main software but this should be upgradable in the future with Apple’s five year software support system.

The UI is pretty much what you expect from the iPhone which includes features like dark mode, Siri and so on.

In general, the software is smooth and pleasant to use.

The iPhone SE 2020 runs on the Apple A13 Bionic processor which is paired with a 3GB RAM.  This is similar to the premium iPhone 11 Pro.

While the numbers doesn’t seem as impressive as compared to flagship Android phones, it is great for the iPhone SE 2020. 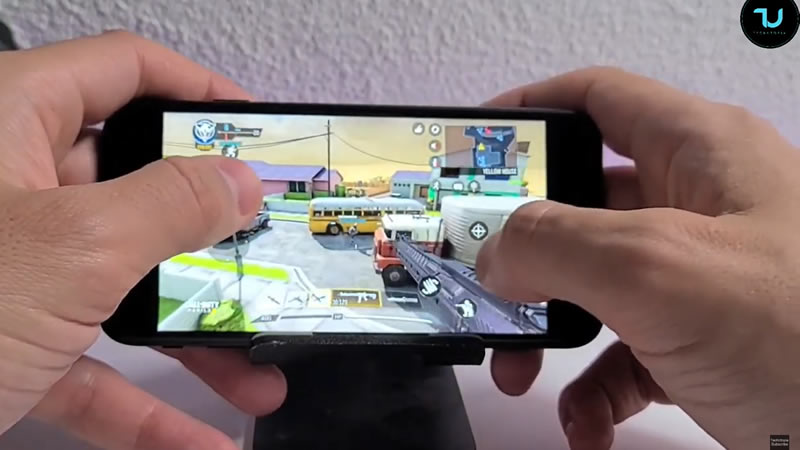 Performance of the phone is amazing with little lags and hick-ups during heavy games.

TechUtopia claims that you can set Call of Duty and PUBG to its maximum detail and still enjoy the game without delays.

The video below shows just this.

iPhone does not come with expandable storage space and so you need to be sure of what storage variant you choose if you should get the iPhone SE 2020.

A small sized 1821mAh juices up the iPhone SE 2020. As you may have guessed, this is hardly adequate when running games with the phone draining power quickly.

GSM Arena puts the endurance of the iPhone SE 2020 battery at only 57 hours.  This is so much lower than the iPhone XR which can go up to 87 hours of play time. 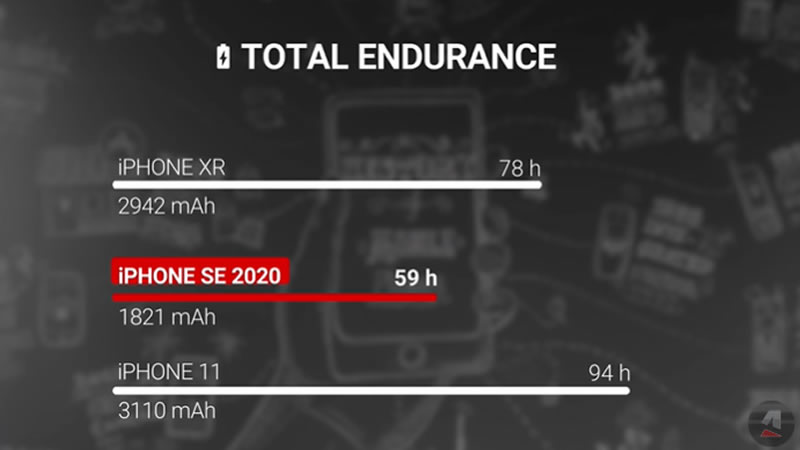 To make matters worst, GSM Arena also claims that the battery can only reach 27% of charge within 30 minutes using the bundled 15W charger but noted that using the 18W charger increases the charging speed to 57% in 30 minutes.

Wireless charging is supported by the phone as well.  The full review of this phone from GSMArena can be seen below.

The iPhone SE 2020 comes with a singular 12-megapixel, f/1.8 wide angle lens which is completed with auto focus and image stabilizer.

It is the same camera that’s found on the iPhone 8 but with improvements in image processing.

Photos on the iPhone SE 2020 are very natural looking with little or no noise at all during day light.

Colours also come out spot on and the contrast is superb. 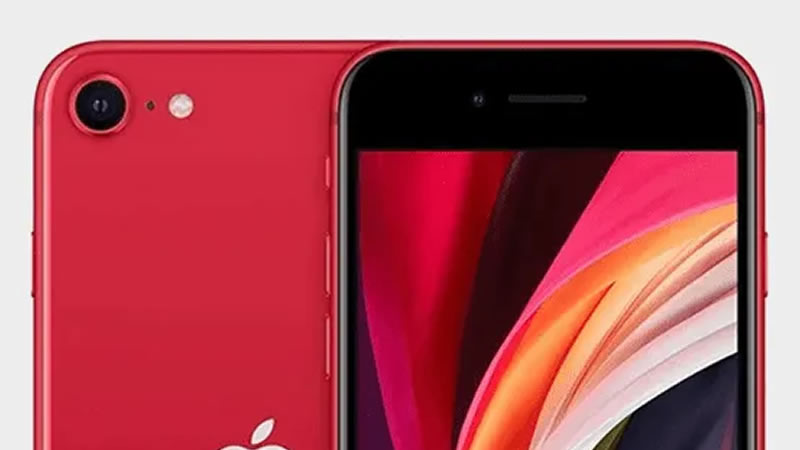 The dynamic range is also pretty wide thanks to Apple’s smart HDR.  What’s more impressive is the details on the photos.

Portrait mode is refined with software, but it does turn out pretty good considering that.

Night shooting is also much improved with enough exposure and color reflected in the photos.  There is however no night mode, so you can’t improve night images that much.

Video recording on the iPhone SE 2020 has also improved a lot and the video quality is great, almost similar to the photos the iphone SE 2020 produces. Videos can be taken with a maximum of 4K@60fps and video stabilization is apparent when shooting on the move.

Night video shooting isn’t that good however, but it is decent enough if you lower the frame rate.

The selfie camera is a bar above the rest despite it’s modest 7-megapixel lens. Details on the selfies turn out with great details and contrast, making it almost flawless.  Portrait selfies also turn out impressive with the blurred background doing it’s job.

A full review of the phone camera can be seen from Technolobe below.

For durability, I turn to Jerry Rigs Everything which does the phone’s durability test.

In his video, it is shown that the iPhone SE 2020 screen gets scratched at level 6, directly showing that the phone is resistant to scratches.  Anything under level 6 means otherwise.

Just to note, the rear camera also can get scratched at level 6 of the scratch test. 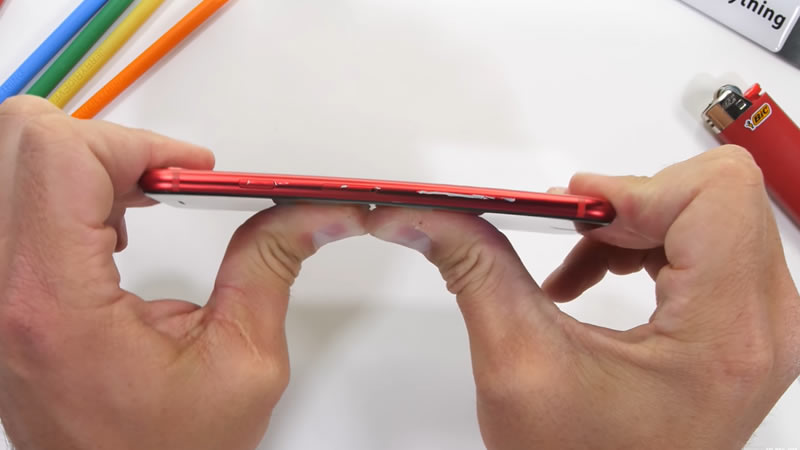 It seems that anything under the glass of the the phone, including the home button and earpiece will be damaged when against level 6 scathing.

The aluminium body frame scratches against the blade but there’s rubber placed between the frame and the screen, giving the phone more durability.

The burn test shows a black mark after a while, but it recovers soon after.

With the bend test, the new iPhone SE stays rigid and passes the test with flying colors.  You can watch his full review in the video below.

It is definite that the Apple iPhone SE 2020 isn’t the best iPhone out there, but it is likely to impress anyone who wishes to upgrade their iPhones to a much newer model but don’t have the cash to spare.

The camera in particular is worth to mention, and the fact that this phone starts at RM1,999 (around US400).

The phone is best for those keen to take great photos or videos and would want to carry an Apple product as well.

However, at it’s price point, there’s plenty of capable Android phones able to match its capabilities without the need to worry about battery life and look outdated.

That said, if you are an Apple fan boy/girl but don’t want to splash cash for the newer iPhone 11s, the iPhone SE 2020 will be a worthy choice.

// READ MY REVIEW ON THE SAMSUNG GALAXY S20 PLUS