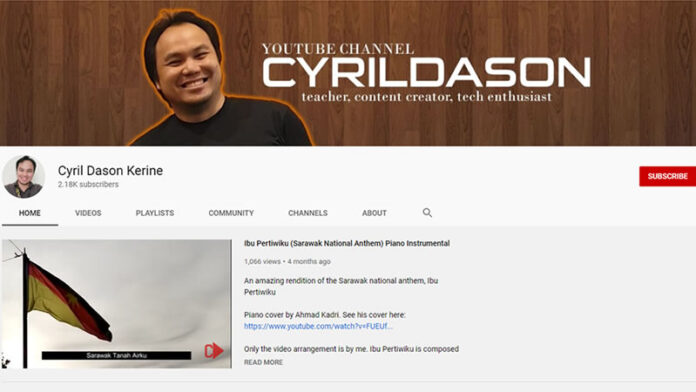 I opened the channel just for the fun of it, not knowing what kind of videos I would post up. I had a Google account, and opening a Youtube account was part of the services offered.

In the early days, my account featured plenty of random things, as I reviewed phones, devices and recorded and uploaded what ever that crossed my mind.

Without any direction, and crappy internet speeds, I could say that the quality of my videos were questionable.

Then, the vlogging boom came, and Youtubers started to be ‘a thing’.

I tried to imitate what they were doing, doing vlogs as I travel around South East Asia.

However, I lack the confidence to do vlogs and I always thought my travel videos were poor.  During this time, I actually uploaded a lot of personal content onto my Youtube channel, some of which I had choose to hide these days.

Since making vlogs required me to be in front of the camera, and I wasn’t exactly comfortable with it, I found myself struggling to do vlogs.

I found myself pre-occupied making the video while travelling, limiting the enjoyment I had to experience on the trips.

At the end of the day, my vlogs became ‘half-baked’ videos, and they were’t even living up to my own standards.

I thought people like Veyroniqa did amazing vlogs and mine was just stagnant, and not appealing to anyone. – Do follow her by clicking her link!

Also, newcomer Kim also has potential to do vlogs, although I feel that he excels well in his FPL Borneo project. – Follow him personal account here too!

Today, my Youtube Channel is still alive and kicking but there’s less personal videos on it.

I have come to realize also that I can’t fight with those with plenty of free time to manipulate videos, and I might as well do videos which I could use for work.

In addition to that, since I opened my education blog at chegu.cyrildason.com, I’ve decided to do more educational videos which would do a lot of good for my students whom are now forced to study from home.

I’d admit that the videos I am making aren’t superbly great, but at the very least, they would give knowledge and information to those seeking very specific topics like Basic Computer Science (also known as Asas Sains Komputer), Google Documents/Drive and Heating Ventilation and Air Conditioning.

For this, I look at Kee Man, who is like the ‘grandmaster’ at doing educational videos.

To reach Kee Man’s level is a herculean task, but at the very least, educational videos I am now making aren’t foreign to me.

Most of the videos are work related topics, and I am quite well versed in them.

Personal videos, as well as random videos will be posted every now and then.

There won’t be much as I will be concentrated on making more educational videos especially in Bahasa Malaysia.

I would also like to improve on the delivery of every video I make because I am not exactly satisfied with what I have done so far.

That said, if you don’t mind, a sub to my channel would be awesome. It’s at www.youtube.com/cyrildason.  You can also click this button:

BTW, if you enter my channel, there’s a very nice tune greeting you and it’s one of my favourite songs.