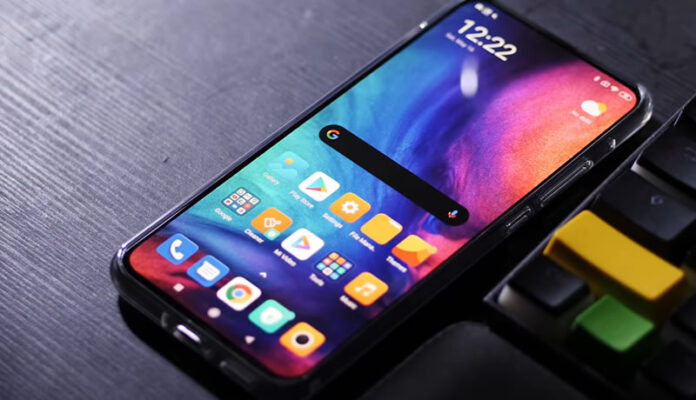 While the Xiaomi Poco F2 Pro is an exciting smartphone to check out, there’s no secret is also known as the Xiaomi Redmi K30 Pro in some markets.

The phone takes over from its predecessor, the Poco F1 which was taunted as the ‘falgship killer’ due to its low price, but outstanding specifications.

However, this time around the new Poco will be priced above average and questions now linger if the new device is as worth the price.

Before I proceed, please note that review is done by watching videos online.  This is because I don’t have the phone myself.

The display on the Poco F2 Pro have deeper blacks with great brightness.  Colour is almost accurate too.

Refresh rate for the AMOLED screen is at 60Hz and there’s an in-screen fingerprint scanner under the screen as well. 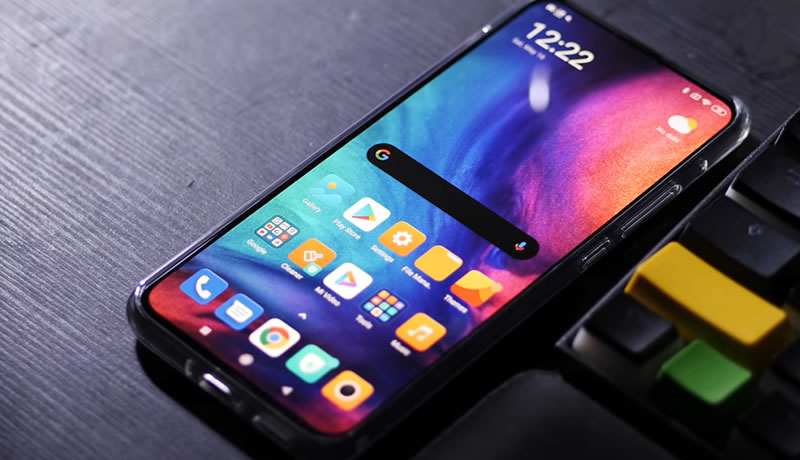 There’s a motorized pop-up camera on the upper end of the phone for selfie taking.  This means there’s no water drop or punch hole cut-out within the screen so you need not worry about hiding such cut-out from the display.

There’s a round camera set-up on the rear which looks neat as well.

Since the Xiaomi Poco F2 Pro isn’t considered a flagship phone, you don’t get any IP rating for this phone. Bummer.

The audio is loud, but the quality isn’t quite there with obvious lacks in bass.

As mentioned before, there’s a 3.5mm audio jack on top of the phone for those preferring to plug-in their wired audio headphones.

Like most Xiaomi phones, the Poco F2 Pro uses the MIUI interface which is based on Android.

There’s a default app drawer in this particular version which is based on Android 10.

MIUI as you know it looks and sometimes feels like Apple’s iOS and is my preferred Android UI.

There’s no expandable storage for the Poco F2 Pro, but you can choose from either the 128GB or 256GB variant upon purchase.

The lack of expandable storage is a huge bummer to be honest.

Nonetheless, the phone compensates well by offering the latest Snapdragon 865 Octa-core processor which is paired with 6GB or RAM.

GSMArena explains that the playing games and using the phone for daily task is a breeze and without any apparent lags or hick-ups.

In case you are wondering, the phone comes with 5G connectivity as well.

GSMArena also claims that the battery life of the 4,700 mAh battery in the Poco F2 Pro is awesome.

The site claims that the battery of the phone can last 120 hours on their proprietary test, defeating the likes of the Realme X50 Pro 5G and the Xiaomi Mi 10 5G. 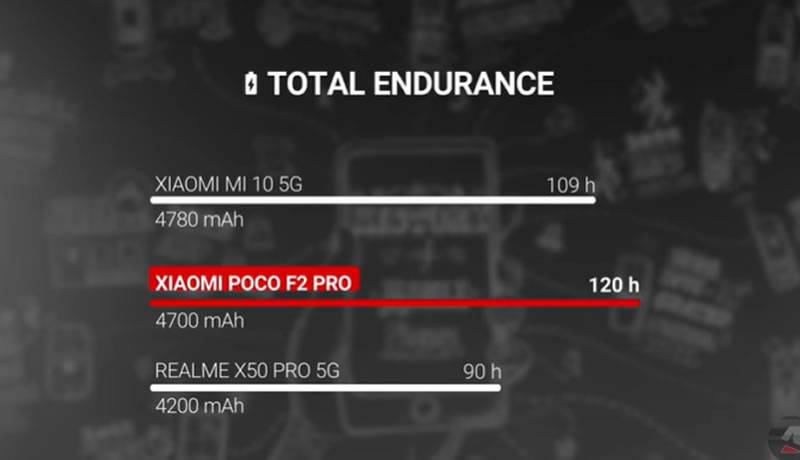 GSMArena also claims that the battery score is the best they have seen from a Snapdragon 865 phone to date.

Charging the phone is also impressive. GSMArena claims that the accompanying 33W charger can juice up the phone to 60 percent in 30 minutes.

You can watch GSMArena’s review of the Poco F2 Pro in the video below.

For the camera review, I checked out Joshua Vergara‘s video.

But before I summarize what he had to say, the Poco F2 Pro main quad-camera set-up consist of a 64-megapixel lens which comes with auto focus, and ultra wide-angle 13-megapixel secondary camera  with fixed focus, a telephoto macro 5-megapixel camera with auto focus and 2MP depth sensor.

The rear camera allows you to take up to 8K resolution videos as well.

According to Joshua, the 8K video recording is less stable if compared to the 4K recording on the Poco F2 Pro.  This was evident in his video samples with the 8K videos looking shaky and less impressive than the 4K version.

Up-front there’s a 20-megapixel pop-up selfie camera which I had mentioned before. 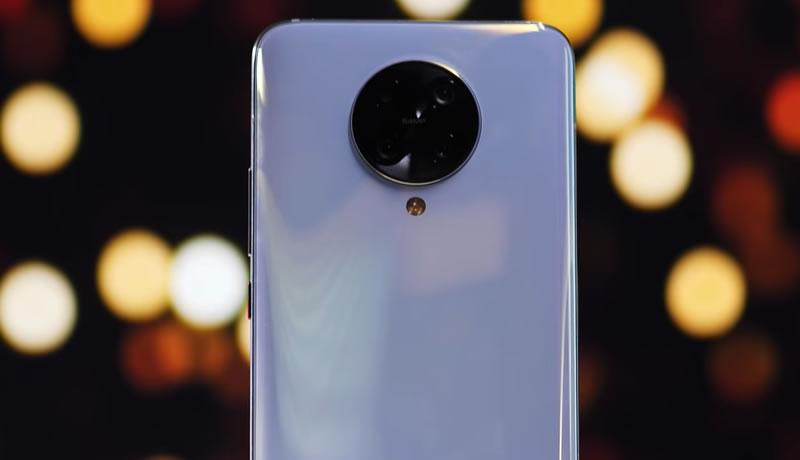 Photography on the other hand sees the Poco F2 Pro offering one very good camera which is paired with a couple of average sensors.  However, Joshua noted that the photos are pretty nice.

Personally, I think the photos Joshua took during daylight look amazing and had good detail.

The colours look crisp and ‘alive’, with that nice blurred effect evident during most of his photo samples.  The portrait shots also showed good composure and accuracy.

To view Joshua’s full photos and review of the camera for the Poco F2 Pro, check out his video below.

For durability, I turn to JerryRigEverything.  In his video, he puts the Poco F2 Pro to a few durability test which include the scratch test, bend test and the fire test.

In his video, it is shown that the screen gets minor scratches at level 6 and deeper ones at level 7.  This is typical to glass screens.

The pop-up camera is sturdy and can withstands a great amount of abuse with the selfie camera lens also protected by glass.  The motorized pop-up camera does get jammed after it was purposely dropped three times, but it was synced back to normal after a while without needing any operation. 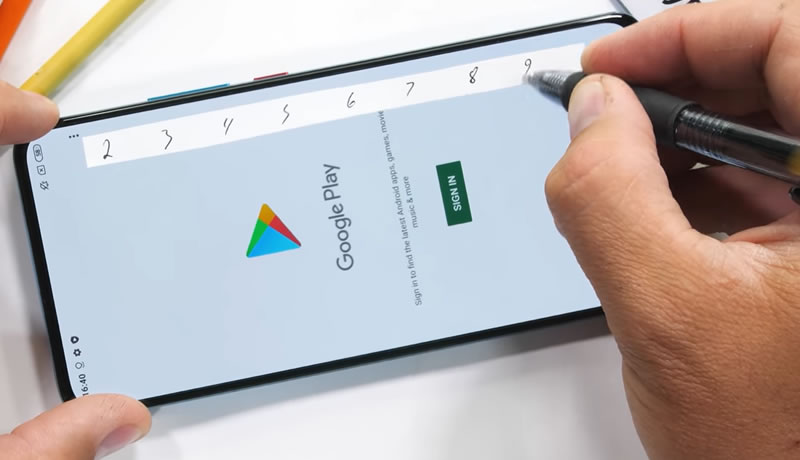 The back of phone, inclusive of the camera is also covered in glass which doesn’t get scratched easily.

When a lighter is placed under the AMOLED screen, the burned display turns white, but it recovers.

The bend test produced a sudden crack sound during the bend test, but the phone itself doesn’t suffer any obvious structural defects and was deemed to have survived the test.

If you want to see the full durability test of the Xiaomi Poco F2 Pro, check the video below.

Two years ago, Poco made headlines by offering the Poco F1 at entry prices but with flagship specs.

This time around, the specs have remained awesome, but the price has however increased.

I think this phone is great as an all-rounder phone as the battery last for quite a bit, and the processor is speedy for gaming and multitasking.  The phone itself looks great.

However, if you are really into photography, the Xiaomi Mi Note 10 Pro might be a better fit as photos from the Poco F2 aren’t that great.

The Poco F2 Pro has been available for international customers in Gearbest for USD499 since last May 2020. BUY POCO F2 PRO ON GEARBEST

It however will start making way into South East Asia nations with Malaysia getting this phone at a promotional price of RM2,199 on June 10, while the phone will be launched in the Philippines soon.