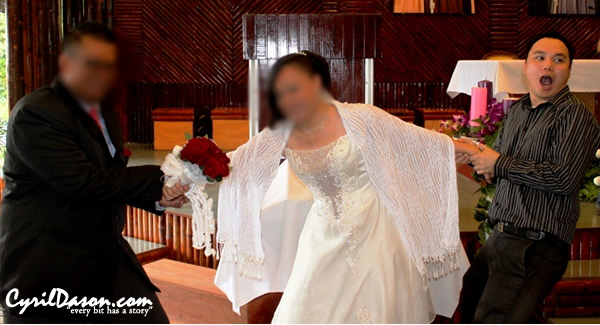 So the proposal was done, she said yes, and everyone is now asking about ‘the date’.

Hold your horses people, one step at the time.  There’s no point jumping into everything at once because it involves A LOT of things, and that’s why the word ‘a lot’ is in capital letters.  If you follow my blog about ‘The Proposal’, you’d know I’ve yet to talk to my future father-in-law, but thankfully, that was done already, and now I can move on to plan new things.

Being a Bidayuh, and a Christian, there are certain things which my partner (or should I say fiancee) should go through before we can decide on the date.

There’s this thing called the ‘official engagement’, in which both sides of the future family would need to meet-up, discuss on stuff and probably sign an engagement agreement.  The whole affair would be private and small, so I’m sorry in advance for not inviting you all.

While some couples tend to give engagement ceremonies a skip, I was advised that such ceremony would be better if done, just to bring both families closer.

The thing is of course, it does spell some headache for the planner (me) because there’s a need for a mutual date for the engagement to happen.

Well, a date has been set by us both, and if everything goes right, we will be officially engaged soon, and that’s when you’d spot a ring on my finger.

(Bet you are asking about ‘What about the proposal at Starbucks? – Well, in modern days, once she says ‘Yes’, its already engaged, but our families are a bit conventional, so we still need to do the official one which is more conventional.)

From then on, it would be the planning of the wedding, and reception – which I do not know yet where, and where it would happen. All I can say is that, we are looking into year end for now.

Come to think of it, there was this one place which offered to sponsor the wedding reception, but let me check if they are serious about it, or merely ‘trying to be nice’.

p/s: If you guys have any tips, plans and more, do let me know. Would love to hear some.