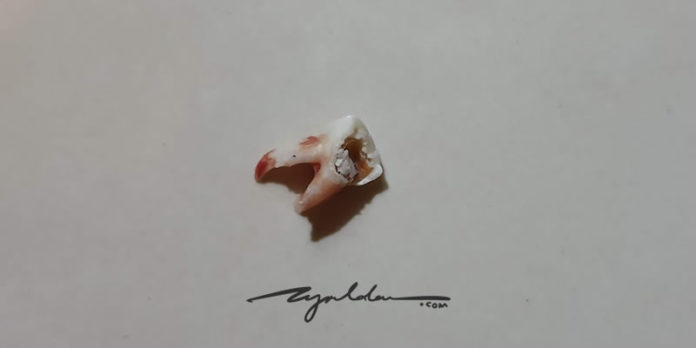 As you may have read before, my preschooler daughter has been having tooth aches.

However, she had tried to hide her discomfort due to her fear of the dentist.  We brought her to see Dr Martin twice. Both failed to get anything done.  You can read about it here.

Dr Martin couldn’t do much, and suggested we try going to government dental clinics instead.  He explained that my daughter could be given laughing gas or sedated to have the procedure at these hospitals.

With that information in mind, I figured a visit to the the hospital dentist would come after a week or so, or when my wife is also available and can take leave.  Until then, we continued to ask her to brush her teeth and applied dental mousse.

Unfortunately, before that day came, my daughter suddenly stopped eating on a Sunday afternoon.

She started touching he cheek, and she looked uncomfortable.  She looked like she was going to cry.

My wife interrogated her, and she admitted her tooth was painful.  Further inspection showed that there seemed to be an ulcer under her tooth as you can see below.

I stepped in and did further checking.  On Google, I found out that the so called ‘ulcer’ is actually tooth abscess.

According to what I read from Mayoclinic, “A tooth abscess is a pocket of pus that’s caused by a bacterial infection“.  The website further says such condition is very painful and “if left untreated, can lead to serious, even life-threatening, complications.”

There was nothing I could do on a Sunday (Dentist clinics don’t usually open on Sundays), so I gave my daughter some painkillers.  These painkillers were prescribed by Dr Martin to ease any likely tooth pain.

I also told my wife that we should bring my daughter to a dentist on Monday.

I decided to take an emergency leave on Monday and it was immediately approved by the number two in command.

While I was already set to send my daughter to a government dental clinic, I recalled some private hospitals also do offer dental services.

This made me wonder if they had the services Dr Martin was suggesting.

Normah was near home.  Unfortunately, their dental services were by appointment.

BMC on the other hand had their dentist profiles on their website and they do offer walk-in.  Even more importantly, one of the dentist had pediatric dental expertise.  This was huge to me because I was looking for a pediatric dentist when this problem started.

That said, I decided to bring my daughter to BMC, but could only call them in the morning to know if they could slot in my daughter. If they couldn’t, I’d go to the government hospitals as originally planned.

SCHEDULING THE EXTRACTION OF A PRESCHOOLER TOOTH

In the morning, I called BMC and they confirmed they could accept walk-ins especially when it came to children.

At 9AM that same day, I brought my daughter to the BMC dental clinic and after a short wait, the Dr Min Fui attended to my daughter.

Using her psychology skills, she allowed my daughter to use the dental mirror as she worked on checking my daughter’s teeth.

My daughter seemed at ease and more relaxed with the manner she was treated by Dr Min Fui.

Nonetheless, Dr Min Fui said that the damaged tooth needed to be extracted because there’s abscess.  She said I needed to hold my daughter on the dental chair as she did the procedure.

She quickly called in her nurses, and I got into place.  Dr Min Fui then slowly persuaded my daughter to open her mouth, and when my daughter did, she immediately carried out the tooth extraction as fast as she could.

This was when I had to hold my daughter tight, and to be honest, it was not easy.

To be honest, I would prefer not to go through the procedure again because the extraction of a preschooler tooth involves plenty of screaming and crying.

But that’s expected. It is a painful procedure  after all.  It was good that Dr Min Hui and her nurses did it expertly and quickly.

CARE AFTER THE TOOTH EXTRACTION

Care after the extraction of a preschooler tooth isn’t as simple as adults.

My daughter refused to use the cotton cloth given after the procedure. She probably thinks that she might have to go through the pain again.

Donovan, a friend who accompanied me to the dental clinic that day, took her out for ice cream and manged to persuade her to use the cotton cloth.  Ice cream was suppose to help ease the pain and stop the bleeding gum. 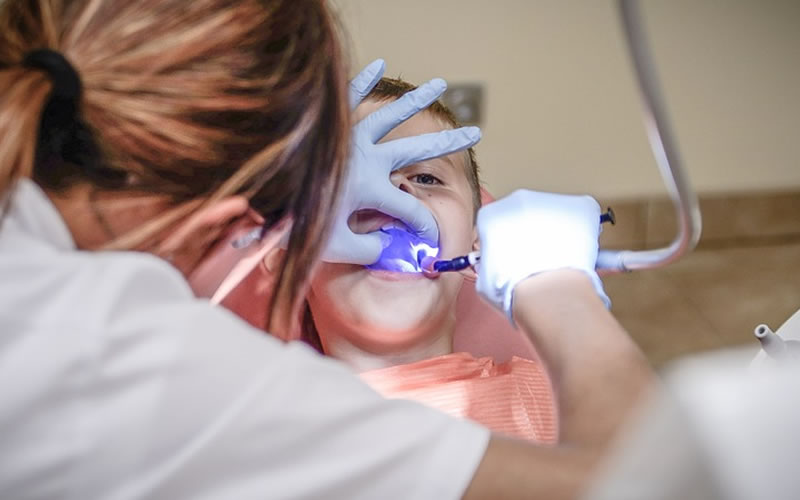 Dr Min Hui prescribed some pain killers (paracetamol) to help with the pain.  Eventually we didn’t need it because my daughter felt much better after a couple of hours.  I brought her to the playground and bought some toys to help her forget about the ordeal. It does seem to work.

Anyway, according to Dr Min Hui, there s a chance the permanent tooth will fill the void left by the temporary tooth faster than expected.

For now, I’ve scheduled yet another appointment in the coming weeks for my daughter to make her more comfortable with the dentist.

This time around, I’d ask that no procedures be done and that my daughter just goes through normal checking.

Anyway, as weird as it sounds, my daughter actually says she likes Dr Min Hui better than Dr Martin.  This despite the fact Dr Min Hui was the one extracting her tooth on their first encounter.