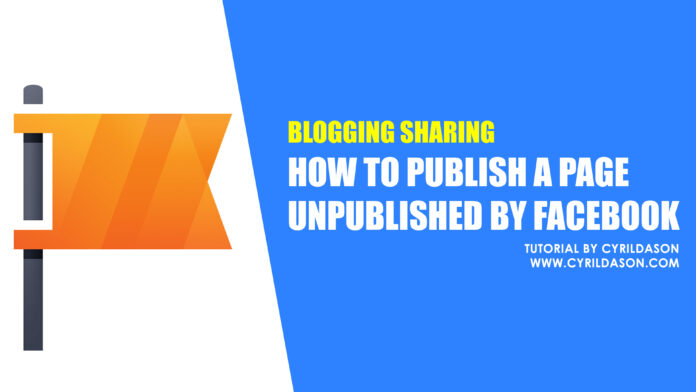 I don’t know specifically why it happened because Facebook only said my page had ‘went against their community standards’.

As you may know, a Facebook page is important to gain traffic and following from social media, particularly if you run a website like I do.

That said, the ban of the page is a slap on my three year effort working to build both the site and page.

Fast forward to August 2020, the page is now published and you can visit it here: PhoneSentral Facebook page

WHAT TO DO WHEN YOUR PAGE IS UNPUBLISHED BY FACEBOOK

I have experienced such incidents before.

When it happened, I regained my page back by reporting it to Facebook’s customer service.

Most of the time, this method works.

However, this time, this method didn’t work. Maybe Facebook had decreased their man power due to Covid-19, but I was starting to get restless on the status of my page after a couple of months.

This was because PhoneSentral was an up-coming website and traffic was slowly growing. The potential of the site is huge, and having the page unpublished is hurting its traffic.

That said, I tried another method to get the page republished.

It involved contacting Facebook via their Ads Manager, which means telling Facebook that I wanted to run an advertisement with this page, but I can’t because it is unpublished.

A step by step guide on how I managed to do this can be seen in the video below.

Regardless to say, after about an hour talking to a representative, my page was published!

Just to note, some may not be able to use such method as they can’t see certain components which will enable you to chat with a representative. I am not sure why such thing happened.

I know my second method is rather unorthodox and is using the wrong channel to get my page published, but after over three months doing so, I was desperate.

Closing down a page and reopening a new one meant all my hard work promoting and updating the site was wasted.

So, being able to get the page back was a huge relief and I hope it will never get banned again in the future.

I bought followers for a social media account, and this is what happened