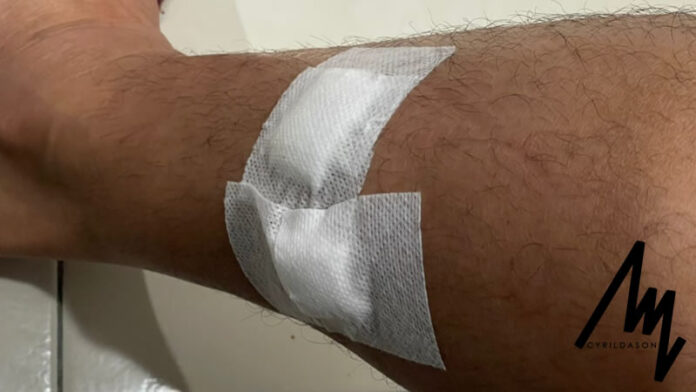 What luck. I didn’t expect to be bitten by a stray dog today.

Yes, that’s what happened today. I have a puncture wound on my left leg, and a slight scratch, thanks to some stray dog that decided he wanted to evaluate his ‘biting skills’.

My wife was working from home today, and the weather was very fine for cycling. After my short afternoon nap, I decided to go out and sweat by cycling my usual route.

The usual route was just around my neighbourhood, but it went through a certain area which sometimes had a pack of dogs.  These dogs are sometimes within a compound of a certain company, but sometimes outside.

When outside, these dogs would bark, and sometimes give do give chase, but rarely do they attempt to bite.

Unfortunately today, after cycling for about 5KM, I saw the pack of dogs standing at that same area, perhaps just loitering around. I couldn’t turn around as it’s a one way street.

So, I decided to just past by the area and thought they would not bother me, and wouldn’t attempt to bite. I learned to regret this decision so much.

Upon seeing my bicycle, these dogs started giving chase with two in particular looking very determined to cause some hurt.

I continued to cycle, but then, I felt a sharp pain in my leg, and realized one of the dog had bit me.

Blood oozed out of my leg as I continued to cycle as if nothing happened although I knew I had been bitten. 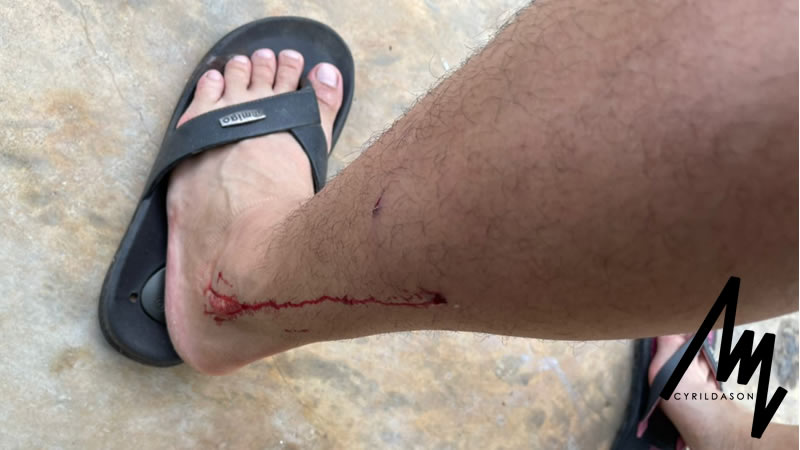 Going to the clinic

Knowing that Sarawak is still having rabies cases, I decided I should cycle to the nearest clinic (which was just on my way) and get the bite treated.

Unfortunately, upon arriving in the clinic, it was closed as it was already 5PM.

Therefore, I decided to head home, clean the wound with running water, and send myself straight to the nearest hospital. I also Googled about dog bites and it says treatment would work best if obtained within eight hours.

Anyway, told my wife about the incident, and by 5.15PM, I was already in a local private hospital.

A nurse attended to me, and asked me to further wash the wound with running water for 15 minutes. 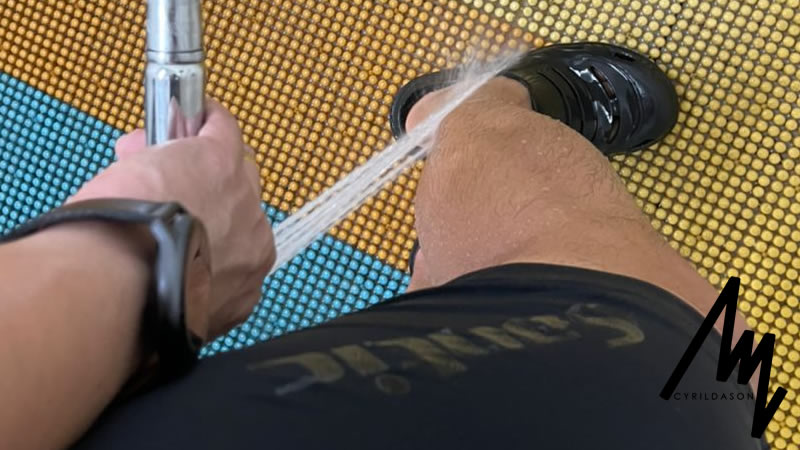 Then, I was asked to go to a nearby treatment room where the wound was treated with antiseptic and further cleaned.

The doctor confirmed that my leg had a puncture thanks to the bite and explained about infections and how I should monitor the wound.

The doctor also asked me a series of questions and told me I had to get two shots, namely the IM ATT (tetanus) shot, and the IM Verorab Vaccine.  He told me that I needed to get more doses of the Verorab vaccine in the next 28 days.

He further explains that I also had to refer myself to Sarawak General Hospital (SGH) Post Bite Clinic (PBC) the day after for another evaluation and perhaps another injection to prevent rabies.  A referral letter was also given to me to bring to SGH. 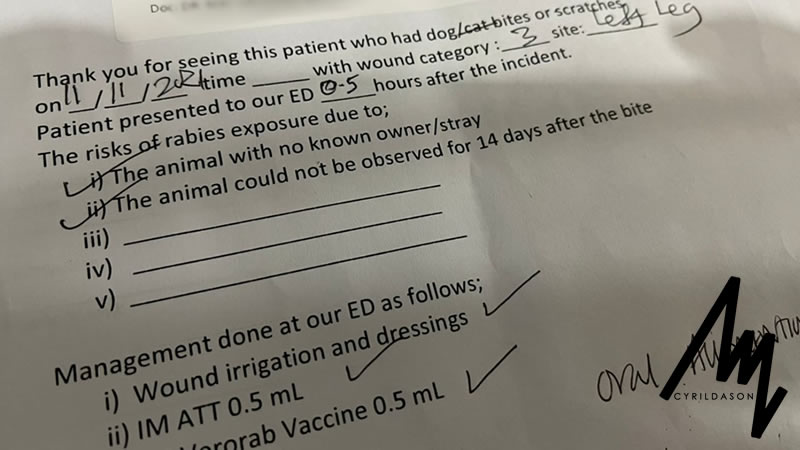 In addition to that, I was given antibiotic and cream for the wound, with the nurse also advising me not to wet the wound for a while until it is better.

I was also asked to monitor myself and given a Patient Home Alert Card which is focused on rabies symptoms.

Complaining to local authorities and what’s next

As I am writing this, I have yet to go to the PBC and will only do so tomorrow as the doctor instructed.

My left leg now has a patch which I can’t wet for now, and I guess I need to go to the nearby pharmacy to buy some dressings just in case I need to change the bandage.

It looks like I won’t be exercising anytime soon also, to avoid unnecessary need to clean the wound when its wet.

Just a while a go too, I filled in TaliKhidmat (which is a Sarawak government initiative to give feedback to the authorities) to complain about the good number of stray dogs around my area. 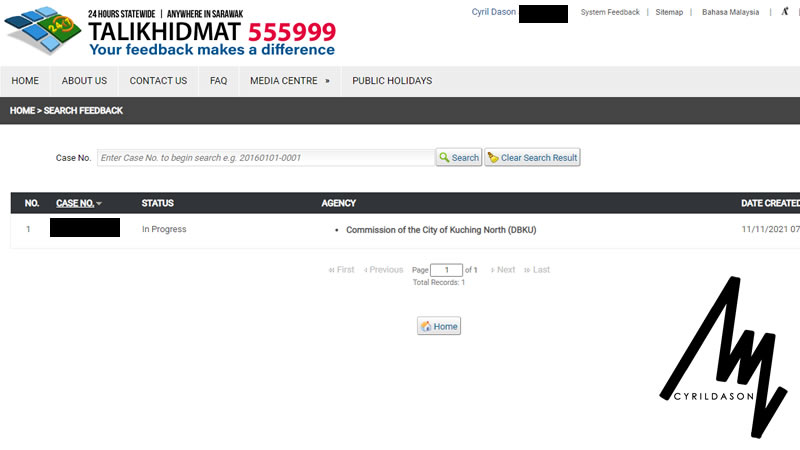 After this incident, I really felt that stray dogs in my area now pose great danger to the community and I think something should be done.

Hopeful for the future

I sincerely hope that I will be okay and that this will pass and that I can cycle again in the future.

I also hope that the authorities will take care of all these stray dogs so that they don’t pose danger to others.

And finally, I hope that in the future, pet owners will be more responsible by keeping their pets at bay.

BTW, just to add, this post isn’t about asking for kesian, but rather to share what happened to me and how I handled it (or how I was handled). Maybe it will be of help to you if you encountered such incident.

That kindergarten graduation day that blew my mind