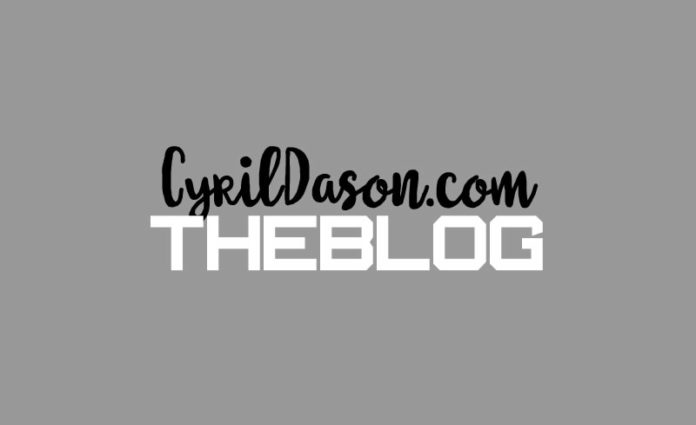 If you haven’t noticed, you have been redirected.  You are no more at http://cdason.com, but at http://cyrildason.com.

I’ve kept the same outlay, and the title, for the time being.  It will change once I’ve got time to do some enhancements.

Uhh.. I got sick of people calling cdason as cd-a-son, c-das-on, c-da-son and anything similar.  In fact, I wanted to get the domain dason.net, but it was taken *SIGH*

Finally, I decided to go for my own name.  After all, I like my name, and I appreciate my dad cracking his head real out to figure out the best name for me..and so cyrildason.com it is. I know, it’s really revealing, and It’s telling the whole world, including those at my job, that I blog.. but yeah.. my should I hide my thoughts?  I don’t think I’m like some cowards which prefer to hide behind other peoples name.  Plus, I do not intend to hurl at anyone in my blog. I know the ethics of blogging, and I know what I should and shouldn’t do.

Of course, in addition to that, I decided that my blog rank for cdason.com was not rising, and was terrible.  Yup, all this downgrade is thanks to the paid post I’ve been doing some time ago.  It hurts to see your blog rank dropping like an egg falling from the table.  It surely sucks.  So, enough is enough.. I’ve got myself a new domain, and I want to start a fresh.

Anyway, while I was considering domain names, I Goggled up my preferred names. dason came in first, and I was  surprised to learn Babynames.com showed that ‘Dason’ is an American name.  Uhh.. there goes what I though was my Bidayuh name.  Then, it also said that Dason is a combination of David and Jason.  They also ranked my Dason name at 3 out of 5.  Ughh!!  Should be a 5!!

Anyway, my first name, Cyril (which is also my Christian name) means Lordly.  It’s Greek, and it ranks 3 1/2 stars!!  Again, it should be a 5/5!!  hahaha….  If I were to combine my whole name and do my very own interpretation, I’d get a Greek-American name (probably a mix marriage in the future??), a name which actually consist of 3 names (which might explain the multiple personalities, and cranky-ness..hehehe), and a name which has something to do with being a boss (Maybe a top management job someday soon??).

So, what’s in your name?? Check it out at Babynames.com, but before you do so.. update your links to my blog.. and do update your feeds too.  Apart from that, I will only leave comments on your blog using the name Cyril Dason from now, and will use my new URL as link… and owhh.