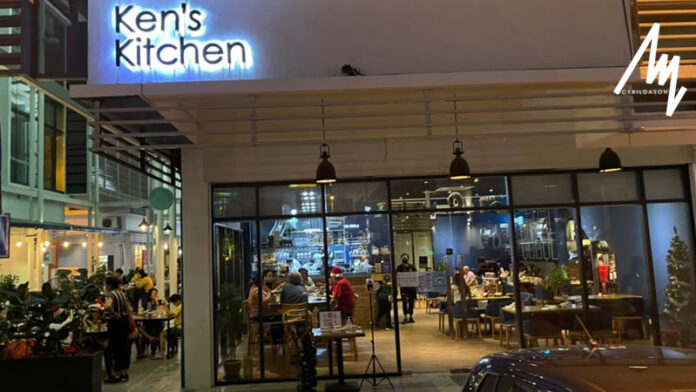 On my wife’s birthday, I decided to bring her to a local fine dining restaurant, and here’s my Ken’s Kitchen Kuching review after I went there for dinner on the 22 of December 2021.

Before you read on, do bear in mind that when it comes to food, taste is subjective, so what I recommend and like might not be shared with you.

To ensure I had a seat or rather a table, I decided to make reservations for dinner at the restaurant.

The good thing about this particular restaurant is that bookings can also be made via their Facebook page, although they seem to reply slower with such method.

The faster way is to call them directly, in which I did, and secured a table for four for dinner.

Booking was made three days in advance and I was left with no option but to seat outside as the indoor tables were full. 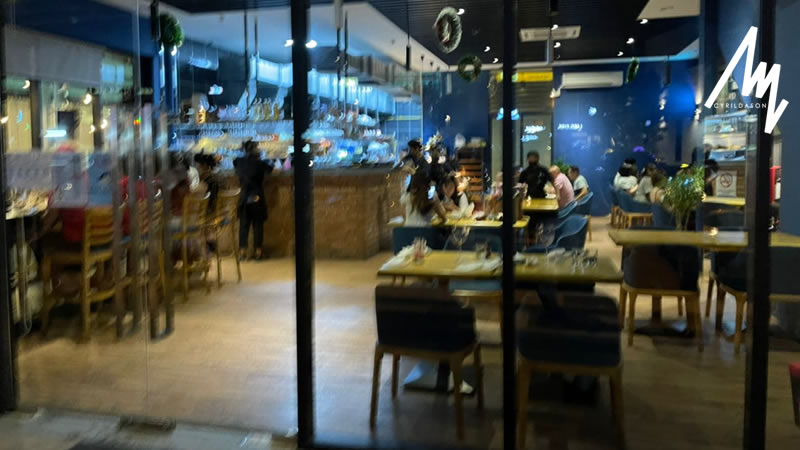 The outside seating was covered so there is really no worry of rain, or rather fear of the weather.  It is however ‘less classy’ if compared to the indoor setting.

Despite being outdoors, it was comfortable and breezy.  I would however suggest wearing light clothing regardless.

We were seated at the far back of the restaurant which was where dishes were being sent for cleaning.

While I can’t see the dishes getting washed, there was a lot of movement but I didn’t really mind since it also meant waiters were always easy to call.

Despite the hive of activities, talking to one another was easy, so this means seating outdoors here is good to have a conversation with friends.

I didn’t go inside the restaurant but I noticed they had an open kitchen, and the interior looked bright and modern. 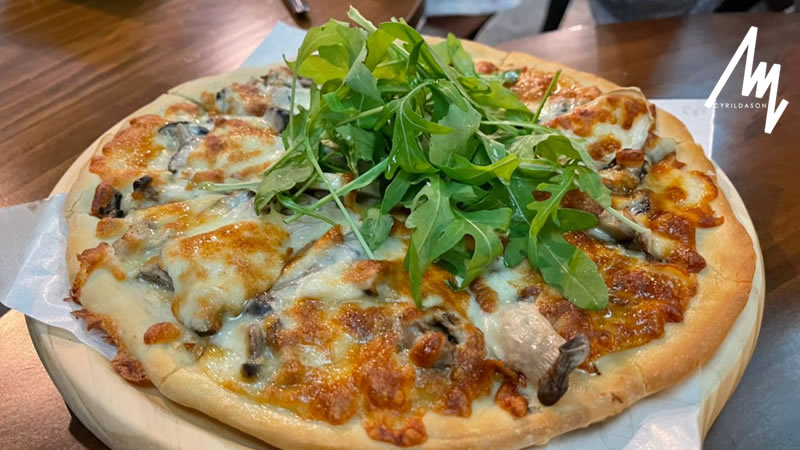 I would say there is a good selection of dishes on the menu, but pricing wise was a wee bit slightly higher than your average restaurant.

Drinking water with a hint of lemon was served for free upon seating with it being replenished every time the waitress noticed my cup was partially empty.

I like their beverage menu although wished there were more options for beer and also liquor. 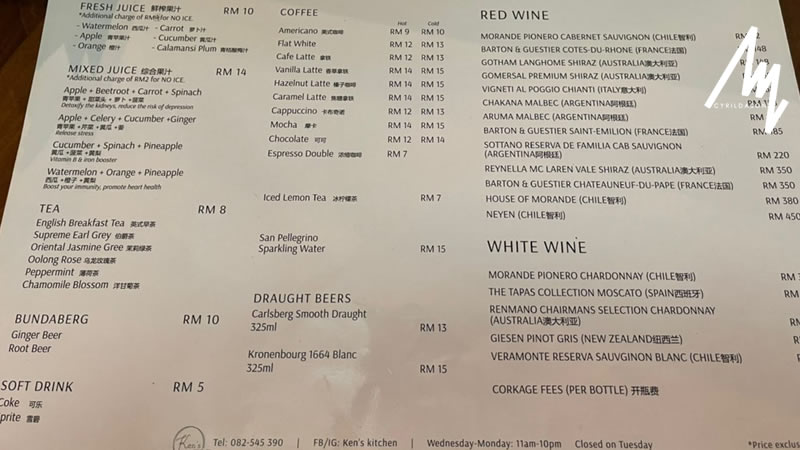 After much contemplation, we ordered nine dishes including drinks.

The Chicken Cutlet and Spicy Seafood Aglio Olio were both substitutes for dishes which were either unavailable or were said to be not fit for our taste.

Anyway, I personally really loved the Mushroom Pizza which I thought was one of the best pizza’s I’ve every tried.

The Herb Crusted Lamb Shoulder rack was also good despite the 30 minute wait, but I would advice against the lamb if you can’t wait.  I do think the lamb would be even better with black pepper sauce, but that’s just me, loving spicy food. 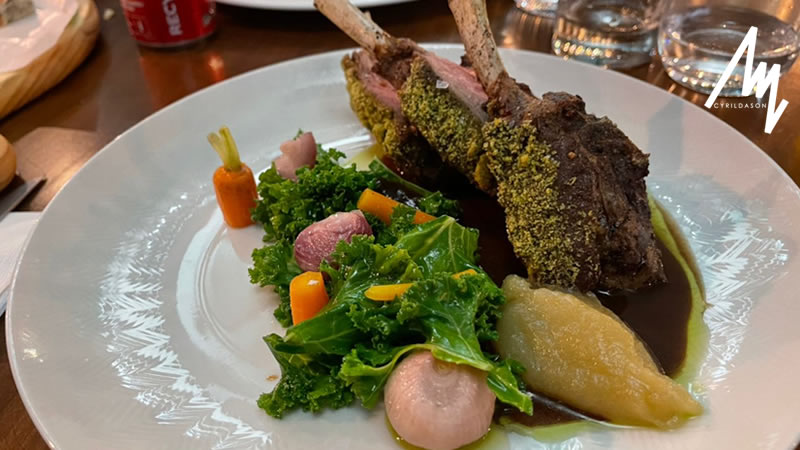 The Chicken Cutlet my daughter had was also good, and so was the Rib eye my wife had.

My sister had reservations for the Spicy Seafood Aglio Olio, but I thought it was good as well. The Classic Ceaser salad was the only dish I felt was ordinary, but I have high standards when it comes to salads these days. 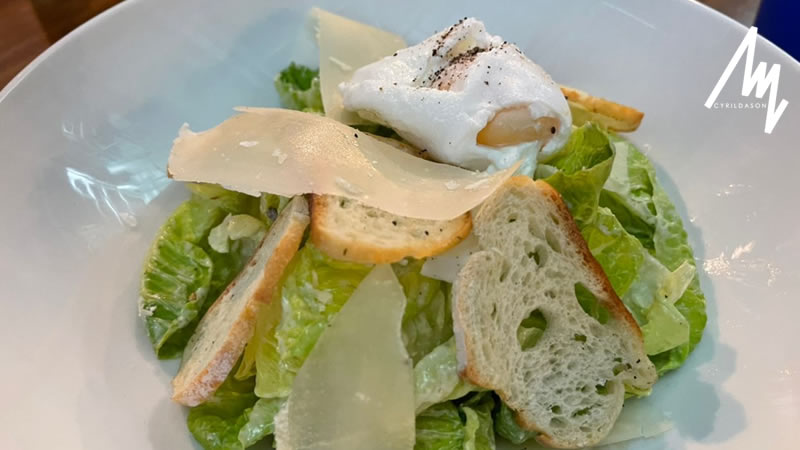 Also, I can’t comment on the food portion as it’s fine dining and one can’t expect the plate to be filled to the brim in such restaurants.

Thought on their service

Ken’s Kitchen provided good service.  I felt their staff were attentive and polite.

When we were ordering, they took extra care to explain every dish we wanted to have, perhaps just to ensure we would not order something we would end up not liking.

Special dishes like the Herb Crusted Lamb Shoulder Rack came with ‘extra advice’ on how it can be enjoyed.  I thought such detail was a really nice touch on their service side.

The free flow plain water was also something I liked, and should be copied by any fine dining restaurants or eateries. 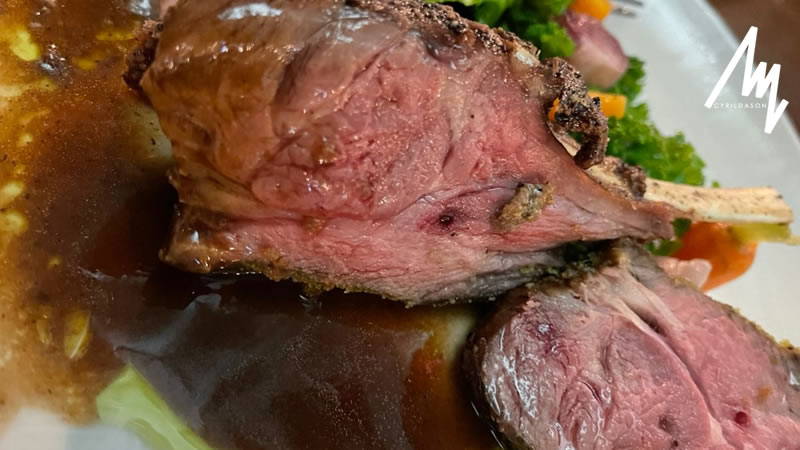 As I said above, the prices here are very slightly above other fine dining restaurants in Kuching, but the good food justifies the price.

I definitely recommend the pizza. It was the best dish among all that we had that night. My lamb rack comes in second.

The outdoor ambiance is good for hanging out with friends as it’s not too noisy or rowdy and the service provided is also worth a pat on the back.

I will definitely return to Ken’s Kitchen in the future with the Mushroom Pizza a definite order.