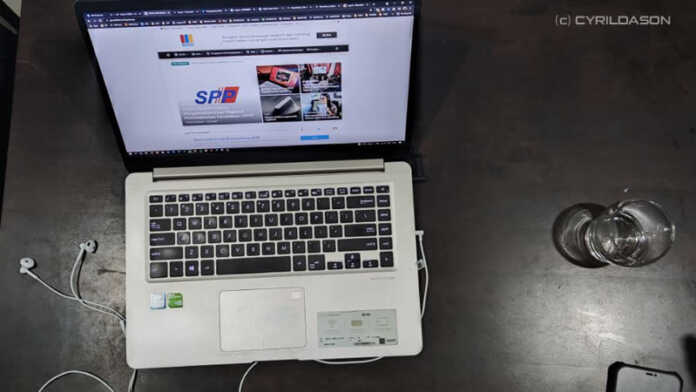 Today I had the privilege to attend my daughter’s very first primary school online Parent-Teacher Meeting.

The Parent-Teacher Meeting for my daughter’s school was conducted virtually via Google Meet as there’s still a pandemic happening here in Kuching, and meeting physically not allowed.

The meeting was scheduled weeks ahead with the school issuing a circular requesting parents to book a slot for the meeting.

In the booking form, I had to choose the time I opted for and the teacher I’d like to talk with.  The selection was pretty basic and simple.

I opted for the first session as I feel, teacher’s will be at their most talkative manner at the early stages of the meeting.

I also opted for my daughter’s class teacher as I felt she would know more about what was happening to my daughter in school best.

After the booking was done, I had to wait for confirmation email which I received a couple of days before the scheduled meeting.

Once that was confirmed, I just had to wait and prepare a laptop and earphones on the said date. 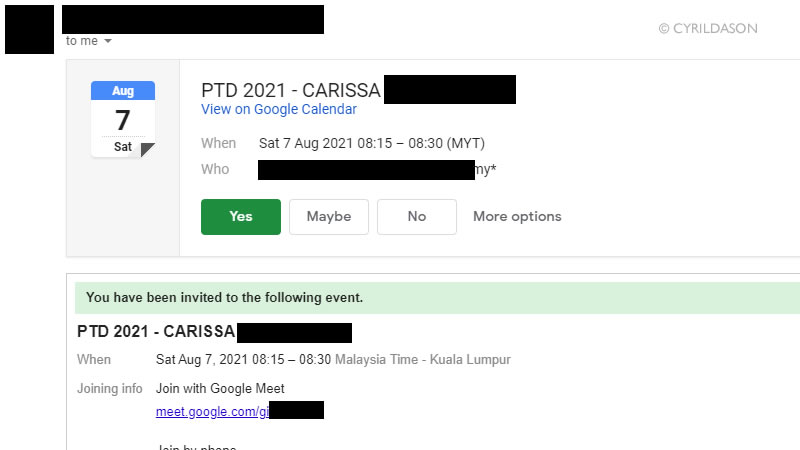 Execution of the meeting

I woke up early for the meeting.  To be honest, I kind of regretted scheduling my meeting so early, at 8.15AM because I had watched a K-drama, The Encounter, until 3AM that same morning.

This meant I had little sleep so waking up early was sort of ‘a burden’. However, what’s done is done, and I set up my laptop, and a pair of earphones in the kitchen.

I couldn’t use my personal workstation at home because I had my niece over and she was occupying the room for the weekend.

Anyway, I joined the Google Meet link for the meeting a minute before the meeting was scheduled to start, and soon, the my daughter’s teacher joined.

We had a brief chat about my daughter in school and I gave some suggestions on what I thought should be improved by the school.

The meeting lasted just 15 minutes because there was another meeting scheduled for the class teacher, with another parent at 8.30AM.

How I felt it went

If there was more time allocated, it will be likely that the conversation will get out of topic, which is typical for such a meeting when it happens physically.

That said, I think a virtual Parents Teacher’s Meeting such as this one is something every school should consider adopting.

It makes both sides focus on what’s important, and the session is also shorter and less stressful.

That said, I do hope such meeting will happen again online in the future as it literally saves time, money and heartache, both for the parent and teacher.