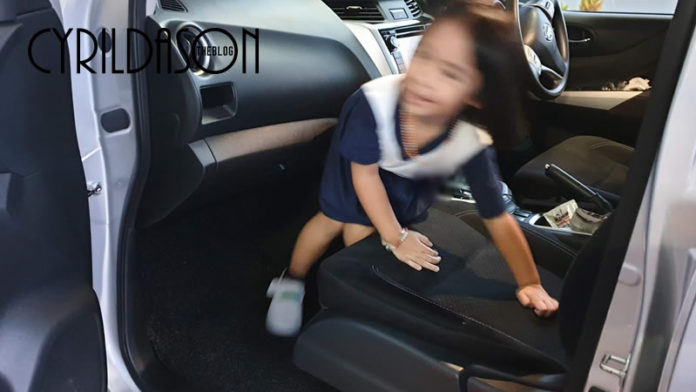 If you have not read the first part of this article about sending my daughter to school, you should.

Only after you read the first article would you understand and know what went on, and why this article is in two parts.

If you have read it, then this is part two. (Obviously).

MY IDEA OF EDUCATION FOR CHILDREN

I’m sure you know I am a teacher by now.

Being a teacher has shown me plenty of things, right from parents attitude, students behavior and the whole Malaysian education system.

I took psychology for children and teens when I was training, so I do know a bit about how things should be done.

Since I am born in the 80s, I also know how kids in the 80s are treated.  I believe I’ve adapted myself to 21st century parenting as well.

That said, I believe that parents play a crucial role in the upbringing of a child, and discipline is part of that.

However, how you instill that discipline differs compared to the years before.

DECIDING ON A NEW KINDERGARTEN

As you may have read in the first article, I’ve taken my daughter out of her first kindergarten (known as Kindergarten X) and sent her directly to her nanny.

We didn’t terminate my daughter’s nanny services despite the fact she is now sent to school.  My daughter is close to her nanny so my wife and I wanted her to retain that relationship.

We had also considered my daughter’s nanny to be part of the family.

I was weighing to delay my daughter’s kindergarten entry by a year after what I saw happened. I figured she maybe too young to follow school rules and that had cause the fear of school.

However, part of me also felt that I was sending the wrong message to my 4 year old daughter if I did that.

Kids these days are smart. If I asked her to stay at home because she couldn’t follow rules in school, she may use it as an excuse again next time.

That said, I decided to look for kindergarten options, especially Christian ones which I know are much better with kids.

SENDING MY DAUGHTER TO A NEW SCHOOL

The unfortunate thing was that Christian kindergartens are in high demand.

Most options were either full or too far. That meant that I still had to turn to private ones.

Top of my list was near where I worked, but it was rather far from my wife’s office.

Sending my daughter to this new kindergarten meant that I would shoulder more responsibilities especially regarding sending and picking up my daughter.

It also meant that if I had to travel, my wife would need to sacrifice her lunch time to pick up my daughter.

After much consideration, as well as recommendations from colleagues, I decided to check the new kindergarten out.

Interestingly, the principal of the kindergarten was very accommodating.  She even said I could bring my daughter for a trial period before I made any payments.

I continue to send her now on a daily basis.

The difference is obvious. While my daughter sometimes still cries before going to school, she does come back looking very happy.

Along the journey to her nanny, she would tell me about her day at school.  This is very different from what used to happen when she went to Kindergarten X.

After a week plus, I decide to formally enroll my daughter in this new kindergarten and paid all the dues which cost about RM900.

A week after that, the principal called me in to explain in more detail about how they teach the kids, and asked about my expectations.

MY VIEWS ON CHILDREN EDUCATION

I know every parent has different visions and hopes for their child and I have mine. That said, I don’t expect you to agree with my opinion.

I see that children below seven should be allowed to enjoy their childhood.

They should be allowed to play and enjoy their day while learning. That said, I don’t bother about grades because good grades aren’t a guarantee you will succeed in life.

Nonetheless, it is important that children understand and love the art of learning and being independent.  This is what is taught in this new kindergarten.

This new kindergarten emphasis a lot on learning through experiences and does not emphasis on exams.

Children are taught living skills in a fun manner and I am happy with how my daughter came home one day being able to make a croissant and other cakes using PlayDoh.  She told me she learned it in school.

It was enlightening also to see that she also learned dancing and had picked up Mandarin as well.  She tells my wife and I about her many friends and is excited to play with them.

That said, I believe kids should be allowed to be kids even in kindergarten.

Therefore, kindergarten should be fun.  The emphasis on academics should only begin perhaps at seven years of age.

P/S Due to security reasons, I will not reveal the new kindergarten’s name. This post is just to share my experience as a first time parent sending my daughter to school.