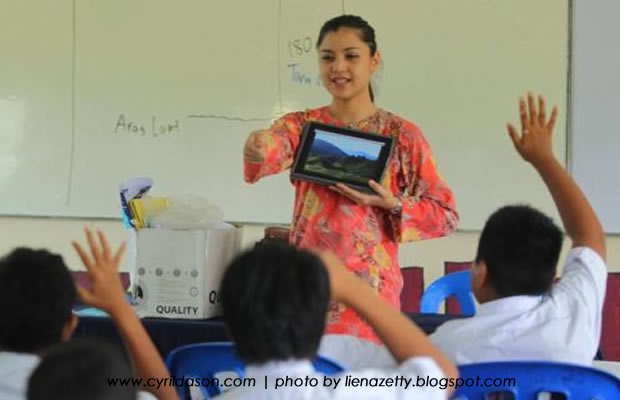 I initially wanted to talk about the dilemma teacher’s face on a daily routine, but after typing a long 700+ story, I hit a brick wall and decided it was not the way I should go.

Instead, this rather short piece is a replacement of that 700-word odd article for Teacher’s Day.

If you have not known it, tomorrow is teacher’s day in Malaysia (not the world), and you can expect a lot of love to be shown on the mass media and social media.

We spend millions, if not billions on education, and teachers are the main ‘contractors’ in education, implementing whatever policy the government has announced, despite it being announced at the very last minute.

I am not at liberty to talk about policy, but I guess it’s suffice to say that the shifts in our education policy is very rampant that it changes (or moonlights) every time there’s a new education minister.  These changes are good, although sometimes rather awkward, but every Malaysian teacher knows that they need to shoulder on and carry out the task allocated to them without complaining.

I’m not going to get into the workload of teachers because that was not the main reason I am publishing this article.

Wanted to talk about the problems we face at work, but deleted that too, because it might be too sensitive.  Teacher’s can’t talk openly about their jobs really, that’s why you don’t hear any teachers complaint in the media.  If they did, they get punished. – It has been proven recently with one teacher being axed for his vocal voice on PBS.

Anyway, contrary to popular belief, being a teacher is not at all relaxing and easy, and we do not have as many holidays as the general public thinks we do.  Most teachers are multi-taskers, and many hold multiple official post at their workstations, and these do not include the ad-hoc ones which can come in numbers.  When in class, you have 40 different minds thinking in every direction with teachers, most of the time, trying their best to keep a cool head when dealing with them.

That said, teachers are heroes, and I am not saying that just because it is my job and I am trying to angkat diri sendiri, but really, once you become a teacher, you know how hard it is to do your job.  Once I’ve become part of the profession, then I’ve come to realize how much my teachers have sacrificed for me when I was a student.

Those days away from their families during school camps, those constant incidents where they held their tongue when another student challenged them, those extra unpaid hours they took to guide us during extra classes, those promises of cash rewards which were actually fulfilled when one actually hit the desired target and so much more.  It is really something super!

So Cikgu, I know I may not say it much when I was a student, but THANK YOU and Happy teacher’s day.  Semoga Tuhan Allah memberkati anda selalu.