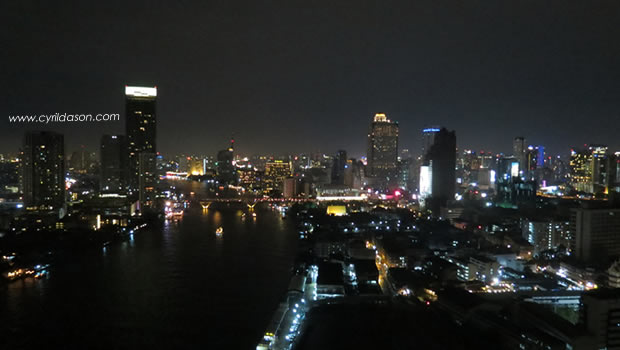 Not too long ago, I had the opportunity to visit Bangkok, the capital of Thailand with my wife. It was a very last minute planned trip, and the air tickets did not come by cheap really.  In fact, we flew to Bangkok on AirAsia, so that pretty much sums up the ‘term’ budget for me. I travel preferably by MAS because I like their seats and extra legroom. I do not like AirAsia’s leather seats.

Thankfully, the hotel stay was paid for so we saved a little for accommodation. Not many knew of this trip because it was very very last minute.

THE THING ABOUT BIG CITIES, BANGKOK INCLUDED…
The thing about travelling to huge cities such as Bangkok is that it lacks places to really unwind and relax. If there were such places, it will involve a lot of money, and transportation. While we could opt to save on transportation by walking, the humid weather, coupled with the massive size of the city is a huge deterrent to any plans of walking.

Public transport is an option, but it was our first ever trip to Bangkok so we were not familiar with the whole transportation system. Anyway, we did try out the Bangkok style ‘tuk tuk’, but somehow found the ones in Phuket more exciting. 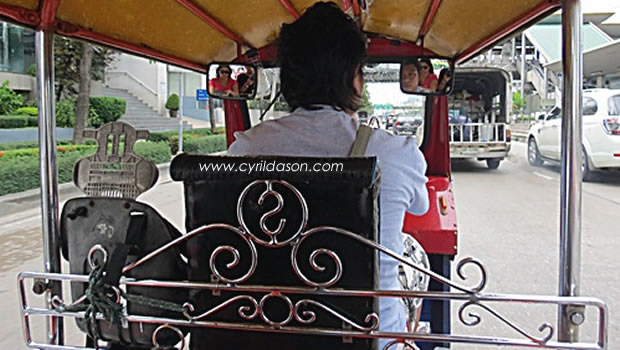 This dude who was driving the tuk tuk was also driving like he owned the road, and with the tuk tuk not having any glass panels, the speed was obvious. It didn’t help when he actually overcharged for the ride.

TREATED LIKE ROYALTY AT CHATRIUM
Chatrium Hotel Riverside Bangkok is a bit secluded, hence making it peaceful and perfect to get away from all the honking which s prominent in Bangkok streets. It is not far from the main road, but you would still need to drive or walk a bit to reach it (2 mins tops by feet).  Upon check-in, the hotel placed us in one of their higher rooms, so we could enjoy the beauty of the Chao Phraya river and city itself as it went from day to night. The view was stunning and Bangkok itself looked amazing from that height. 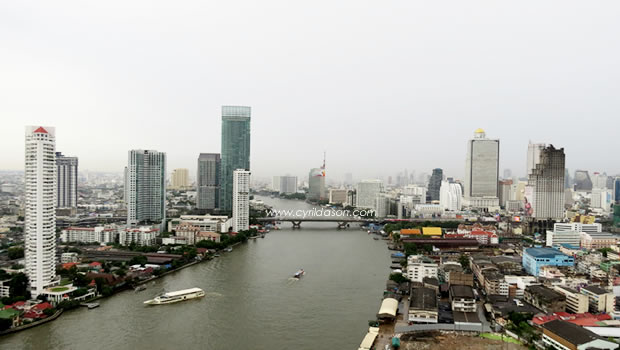 Chatrium was a real five star hotel which treated their guest with great care. From our arrival to our departure, everything was classy. In fact, this was the one time I felt like I was f***king rich! People opened doors for us, greeted us by names, smiled as much as they could and even ensured our stay was perfect!  Most of the occupants seem to be Caucasians. 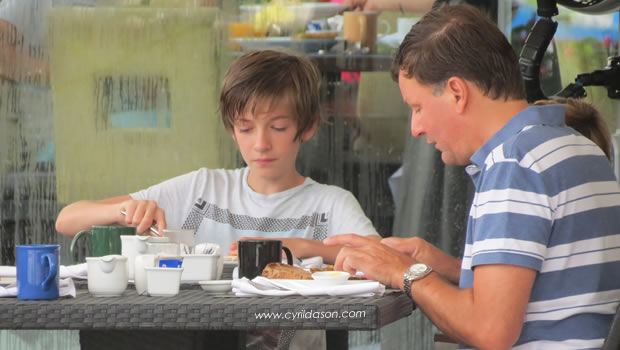 The breakfast spread was also not bad, and you’d have the option to either dine in the cooler air-conditioned section, or over at their own waterfont bourlevard.  Either way, the service was exceptional, and I loved my stay here.

A WALKING DISTANCE: Asiatique Riverfront Mall
Chatrium Hotel Riverside Bangkok does offer shuttle boat services to the nearest public railway/train station, but we were really unsure how and where we should go after that, so we just enjoyed the free boat ride. I guess, our inability to find out where we should go was also due to the poor planning of the whole trip. Pfft. 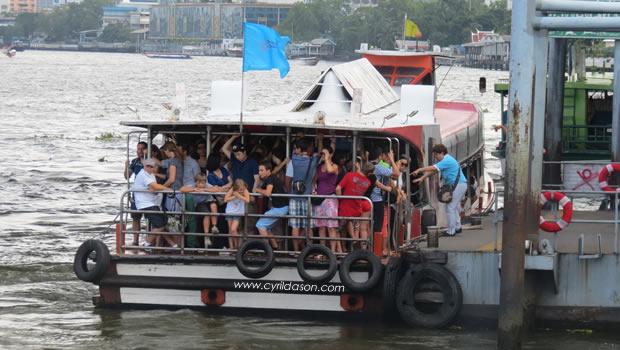 We saw foreigners take boats up and down the Chao Phraya River which was just beside Chatrium, with some boats being really packed. Nonetheless, we decided to only take the shuttle boat to a nearby jetty, and turn back after a brief walk. Bangkok didn’t seem to have much English signage and the use of English among locals we asked was limited, and hence our decision to not pursue any adventurous journey.  We didn’t want extra cost, and we didn’t want to end somewhere we would regret. 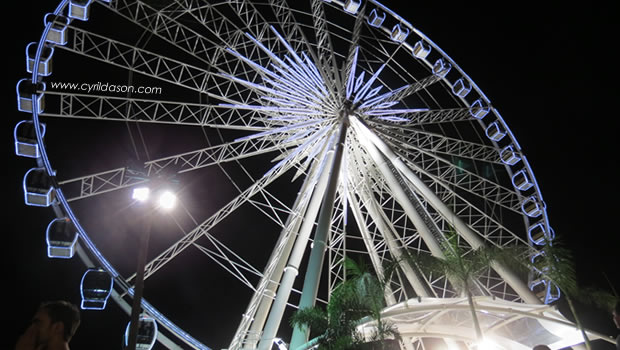 Anyway, the boat ride was interesting, but the concierge did point out to us that there was a huge night mall located some 15 minutes walk away. The mall, known as Asiatique The riverfront was a gem for us as we went there every night until the trip ended.

The mall was bustling and constantly packed, and it had everything from Thai food to fashion shops, to a huge gigantic Ferris wheel we didn’t bother to try out. It also had a cabaret show which I thought was rather boring, despite the fact the show offered complimentary drinks. 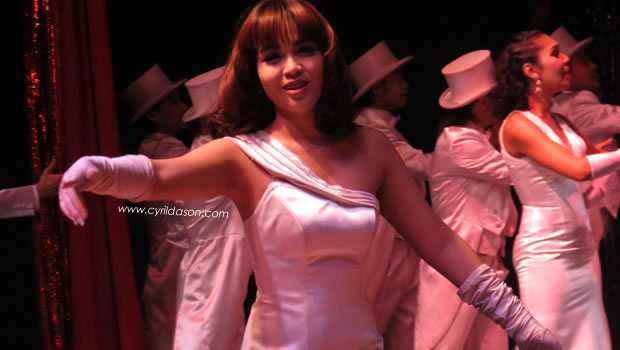 The ‘girls’ doing the show were however quite cute and can confuse any man about their real gender. A year later, I went to another cabaret show in Phuket which was way better.

MADAME TUSSAUDS WAX MUSEUM & PARAGON SIAM
Since we were in Bangkok, we asked the concierge about the most ‘happening place’ when it comes to shopping in the city, and we were pointed to Siam Paragon, which was a massive shopping and retail destination, akin like Bukit Bintang in Kuala Lumpur. 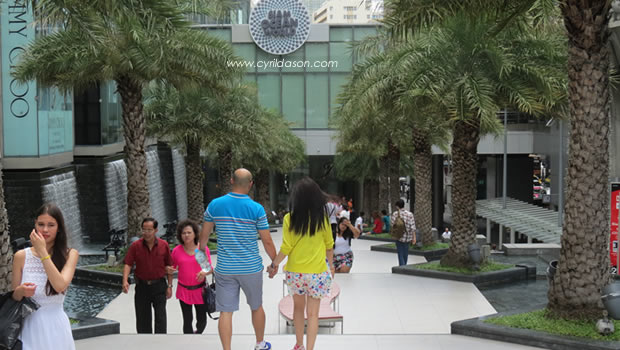 During our walk here, the most bizarre thing happened to me, in which a local man came over to me grinning wide out of no where. He shook my hand, said hello and asked to take a photo with my camera (I’m not sure if he took a photo with his phone). Startled, but not wanting to be rude, I obliged and hence the photo below. 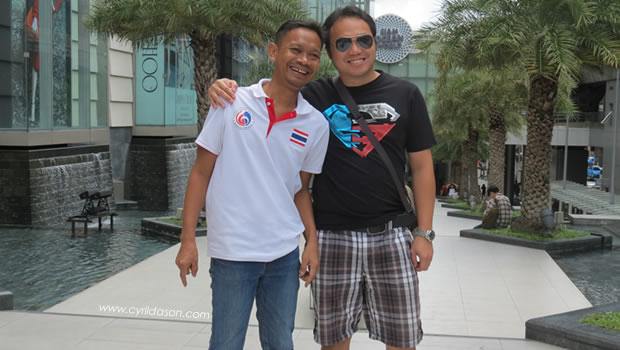 Until today, I believe it was a pure case of mistaken identity, but then it happened so fast that I am not sure if it was. The fact he asked me to take a photo with him still remains a mystery, but I’d like to think Thai people are friendly. After all, they are known as the land of smiles.

Anyway, Paragon Siam was huge, but like every shopping mall, it didn’t interest me much, especially since I was on a budget. However, good advertising by Madame Tussauds Wax Museum caught my eye, and soon my wife and I were talking photos with celebrities we would only meet in our dreams. 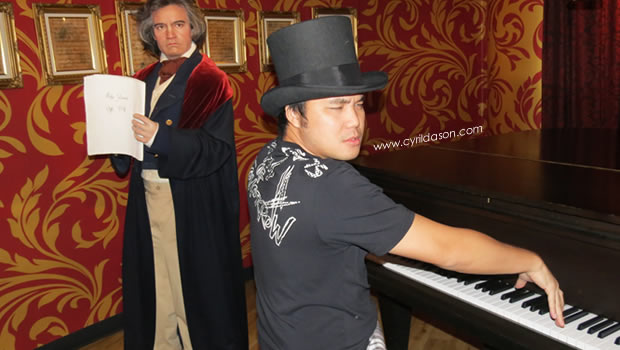 The wax museum proved to be the highlight of this visit as we managed to take photos with ‘who’s who’ of the world. Although they weren’t real, the whole experience was still quite something.  Mind you, ticket prices for the museum are quite steep.

STREET FOOD & LIFESTYLE
In terms of lifestyle, there’s nothing extraordinary about Bangkok. The streets were packed with vehicles, traffic jams were everywhere and I didn’t get to experience much of the nightlife since, yeah, I was on a budget. 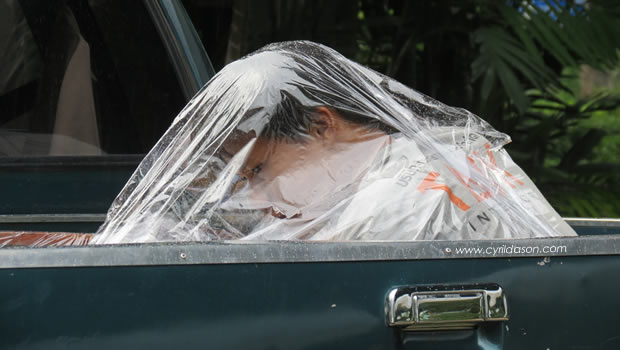 However, there were moment you could see there were disparities between its citizens, which made me appreciate my own country more.

I wanted to try their street food, but after looking at how these street stalls prepare them, I opted to not risk it. I’m not saying all street food in Bangkok is unclean, but the few we saw were really unhygienic, preferring to reuse water already used to wash dirty plates. During the whole trip, we ate at proper stalls with those at Asiatique frequented at night.

CONCLUSION
Anyway, the trip to Bangkok was not a bad one, but it was not exactly the best I’ve had since I decided to travel abroad.  It is always good to be able to see what another country has to offer, but in some ways, it does make me appreciate what I have in my own country. My only regret during the trip was that we were not able to go visit the famous places of Bangkok, but perhaps that could be done sometime in the future.