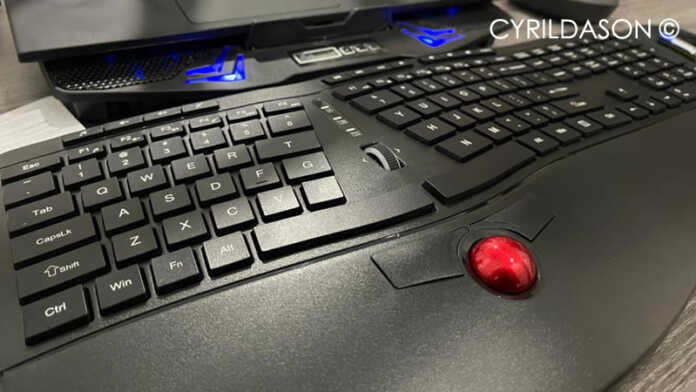 I recently decided I should go full ergonomic for my work station and hence the purchase of the ViCtsing Ergonomic Keyboard.

The keyboard has a unique design and is said to help in managing poor postures and pain due to too much computer work.

Why I switched to an ergonomic keyboard

I’ve switched to using an ergonomic keyboard because I have noticed that my elbows seem to hurt when I use the computer for too long.

I did some brief research and found out this was due to something called Repetitive Strain Syndrom, or RSI in short.

A popular RSI issue with computer users is similar to ‘Tennis Elbow’ which is a problem that happens due to repetitive stress injury hence causing discomfort.

Ergonomic keyboards prevent musculoskeletal problems such as RSI, something that can be caused by long hours of using keyboards

You can read more about Tennis Elbow and injuries that cause it which are not related to tennis here.

In case you missed it, I also bought an ergonomic mouse to address the pain in my wrist prior to this.

What’s different about this keyboard is definitely its rather unique shape which is supposed to be more helpful in addressing RSI.

Other than that, this ergonomic keyboard has all the typical letters a normal keyboard have with two extra additions, namely the playback shortcut, and a very ‘Star Trek like’ track ball which I found to be rather pleasing to see. 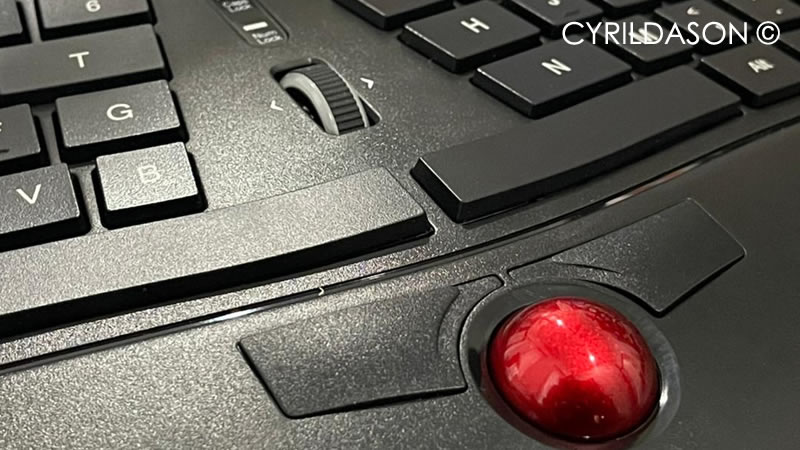 Since this is a wireless keyboard, there’s a USB receiver I needed to attach to the computer and two AAA batteries power this keyboard.

What I liked about the ViCtsing Ergonomic Keyboard

As far as the so called ergonomic shape, I did find it helps in reducing the pain in my elbows to some extend as my arms are now opened when typing instead of being tight and close to the centre. 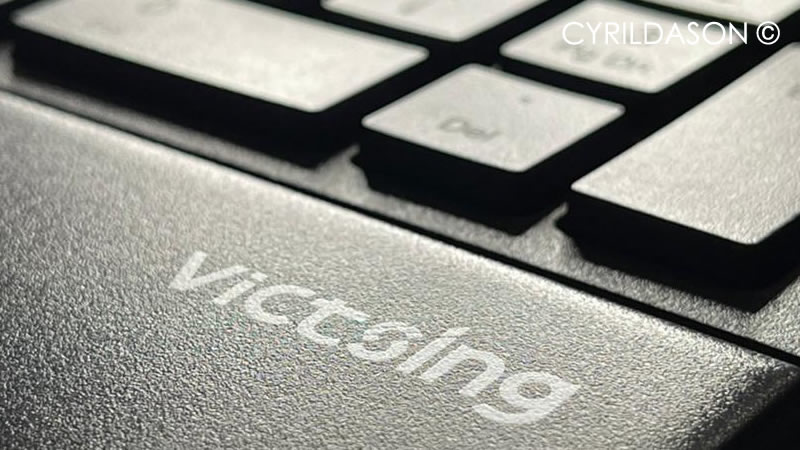 The wireless feature of the keyboard is also a plus point, but I am still unsure how long a set of AAA batteries can last.

Problems with the ViCtsing Ergonomic Keyboard

However, this same ergonomic keyboard shape also creates some sort of issues.

The unique shape meant I had to get used to a very odd setting for typing and like everything new, it takes time to get familiar with the arrangements of the keys specifically the position of B, G and T which I tend to type using my left hand.

However, I take this difficulty as part and parcel of using this keyboard and it shouldn’t deter someone from buying an ergonomic keyboard.

The second issue I feel is larger, but will only be an issue if you are using this keyboard with a laptop like I am.

You see, on a desktop, the monitor takes up little space on the table, so there’s room for a keyboard as big as this one.  However, since a laptop already has a keyboard and requires bigger space than a monitor, that space to put the keyboard becomes smaller and this becomes a problem.

To solve the problem, I could buy a laptop stand since my Illegear laptop now acts as a CPU and monitor but the better option is to get a big monitor and perhaps just a CPU or desktop computer. (I’m slowly regretting spending so much on this laptop). 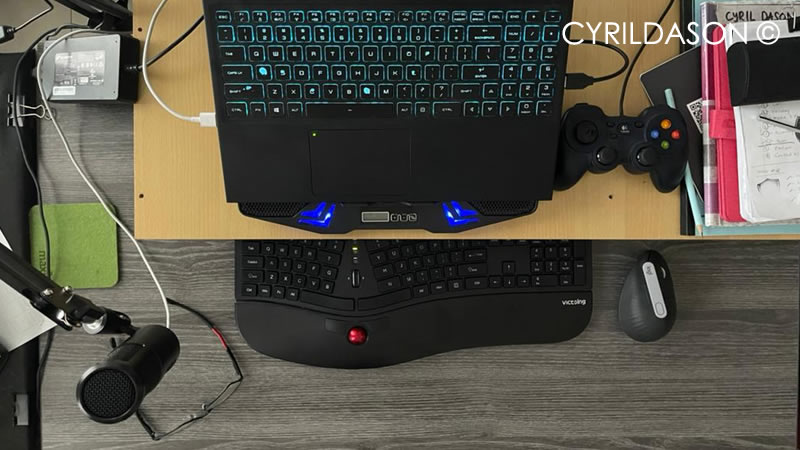 Another issue I have with the keyboard is the typing experience.  I think I’ve gotten so used to having mechanical keyboards, that soft keys like the one on this ViCtsing feels rather less pleasing.

Also, while the keyboard keys and shortcuts are rather responsive, the same cannot be said about the trackball and mouse scroll which sometimes is a hit and miss kind of thing.

Where to buy ViCtsing Ergonomic Keyboard

Despite that, the ViCtsing Ergonomic Keyboard remains a good option if you are looking into ergonomic keyboards.

The price of this keyboard is much cheaper than other brands out there and I would say it is also more reliable and sturdy.

A similar designed Logitech Ergonomic keyboard would easily cost close to RM500, but this one by ViCtsing hits just around RM150, which to me is a steal.

The only issue now is the availability of the keyboard because it does seem that there’s no more ergonomic keyboards listed on ViCtsing’s official website. 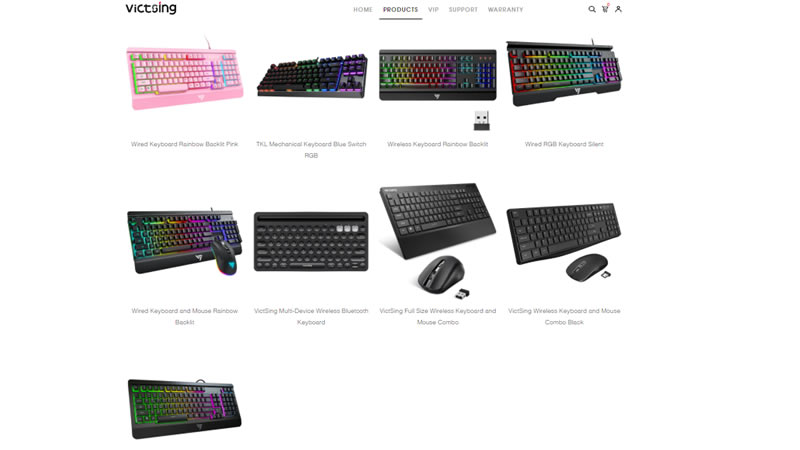 However, on Shopee and Lazada, ergonomic keyboards by the company are still listed and you can still buy them there.

To be honest, I have mixed feelings about this keyboard despite using it for about a week now.

While it does seem to help with RSI, the significance isn’t as huge as I expected so far.  I will update this blog again after a month to give my final verdict.

As it stands however, I do not see any need to get this ergonomic keyboard and will encourage you to reconsider buying a bigger table and a desktop computer first if you wanted to buy this keyboard.