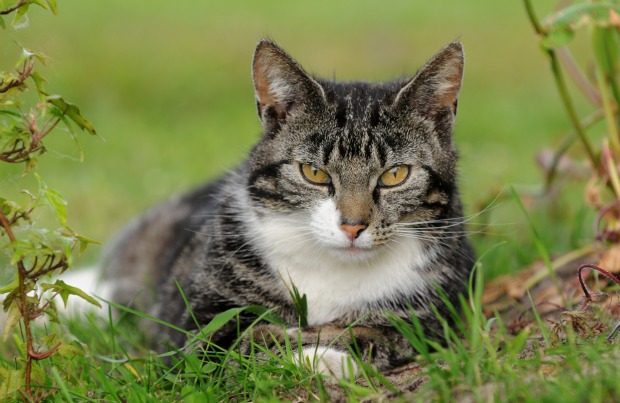 If you follow the comic stips of Garfield, you’d probably know why his master, code name Jon Arbuckle looks helpless when it comes to addressing the orange cat. For me, its because cats are pretty darn annoying.

For starters, cats do not do a single thing at home. Yes, one would argue the chase of the mice, but look at ‘Tom and Jeryy’, it’s 2014, and they are still chasing each other like it’s a yearly sports day or something. This mimics what happens at home. Cats chase the mice, and if they do get catch them, the leave a mess for you to clean up. I think a rat trap would be much more efficient. – Oh, did I mention that just like Tom, cats also destroy things while preying in your house, so prepare to spend more on damages for that one mouse which rules.

Secondly, cats can’t be trained. Granted, my sister-in-law has a cat, code name ‘Coco’, acting like a dog with it being obedient an all, but this is extremely rare. The notion that my father in-law thinks Coco might be actually a dog in a cats body can almost be true considering there is an article which says cats actually know what humans are saying, but simply choose to ignore them. There! LAZY.

But while those examples are somewhat typical, I do have a lot bad experiences with cats to be honest.  The following ones are the major ones as I recall.

When I was in university, I got this trustworthy C70 Honda cup. It took me around well, but I tend to always get my pants wet after the ride because some smart cat decided the seats weren’t perfect enough for it to sleep on. Tried changing and prtecting the seat a few times, but these cats just overthrew the wooden plank I placed on the seat, and ‘redecorated the seats with holes again’.

Fast forward to my new car, and cats again decided that my brand new shiny car would be the best place to sleep. Nevermind the fact my car was always under the sky, unprotected. Cats somehow just loved climbing onto the hood, leaving its trademark paws everywhere, including some deep scratches.

And then came the house.

Yep, I moved in rather late to the house, but that didn’t stop the felines from leaving its puke and urine at any place it wants.  Mind you that these cats are not mine with some being strays, and some having necklaces (Makes me wonder why the owners don’t keep them in their own compound).

When I did finally move into the house, it decided my shoe was the perfect place to ejaculate, while leaving its mark at the new shoe rack we bought.

To make things even more critical, it made the yard its so called toilet, and decided to crash into the kitchen through the windows which had the blinds down.  Lucky the blinds suffered minimal damage.

I did try to deter them from coming into the house by spending hundreds to fence out the house with plastic netting, but that only lasted for a couple of months before the cats figured it out.

So yeah, I’m not a huge fan of cats, but let me be clear that I will not kill or torture them just for the sake of getting rid of them. For now, I’m contented with wading them off the house.

If you have any tips, aside from keeping dogs which I can’t afford, do leave a comment.