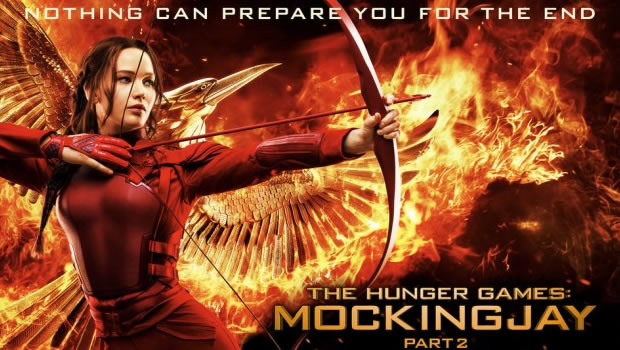 The final installment of The Hunger Games has arrived and it lived up to the hype and made the long wait worthwhile.

I didn’t read the novel, so I was thrilled to see the movie finally coming to an end, which was good enough for closure.

While previous installments of The Hunger Games revolved a lot around survival of the fittest, this particular two hour plus show focused more on the politics side of the whole revolt against the most hated man in the movie, Snow (played by Donald Sutherland). In fact, if you really think about it, this is exactly what both political sides in Malaysia are doing right now to own power! – and of course you have the people believing all the propaganda videos.

But if you are thinking the movie would be a bore, then think again. There’s bombs, booby traps(known as pods), and mutans(called mutt) adding to the suspense, and the love triangle between Katniss Everdeen, Peeta and Gale just gets a little more complicated before it does clear up.

The disappointments in the movie are little, but if there was any, it would be how poorly Snow defended the Capitol from the insurgences attack, although it was promised in the first half of the movie that the Capitol was prepared to trap the rebels and showcase their might. – In fact, with that many pods, it still amazes me how Snow could do little to defend his city, again despite him also instructing his army to prepare all the ‘anti-aircraft guns’.

Anyway, I do hope I didn’t spoil the movie for you, but for what’s it worth, The Hunger Games: Mockingjay, Part 2 was really entertaining, and I would recommend you to watch it if you have seen the first three installments.