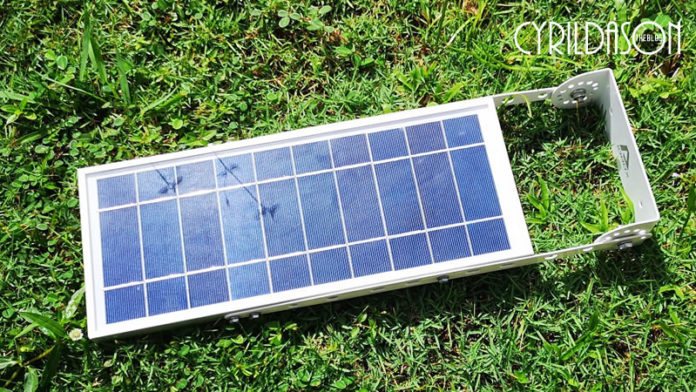 I bought the Alpha 1080X Solar Street Light because the flood lights for my yard had ‘called it a day’ and this had caused my yard to be dark at night.

A dark yard is dangerous and a favourite for thieves.  With the cost of living in Malaysia going up, I figured I should try one of these solar lights to decrease electricity cost and save the environment.

I scouted online, and that’s when I spotted and bought the Alpha 1080X Solar Street Light.  It was claimed that the street light could last over 10 hours from dawn to dusk.

THE PERFORMANCE OF THE ALPHA 1080X SOLAR STREET LIGHT

The biggest question about the Alpha 1080X Solar Street Light is regarding its performances.

Main questions include how long does it last, how fast does it charge and how bright would it be at night. 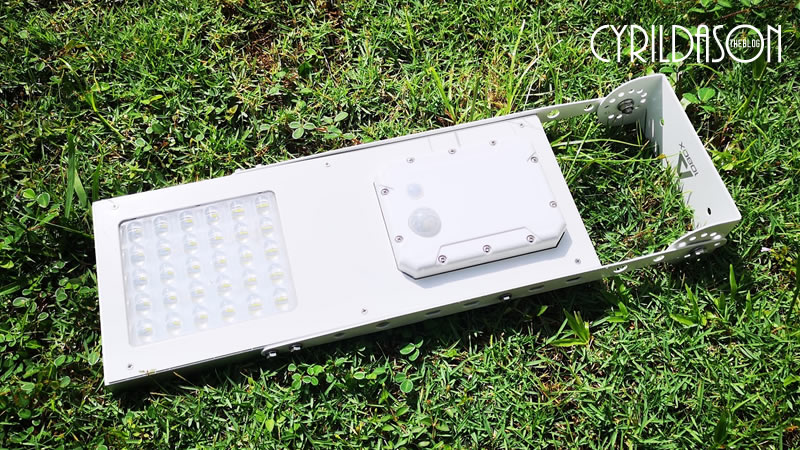 Before I answer these questions, let me get a few things clear.

The Alpha 1080X Solar Street Light has three modes when switched on. Mode one (green) is always on with 150 lumens and shines without the need to detect movement.

The second mode (blue) will illuminate 165 lumens constantly, but will go all out ‘gung-ho’ to 1300 lumens when it detects movement. 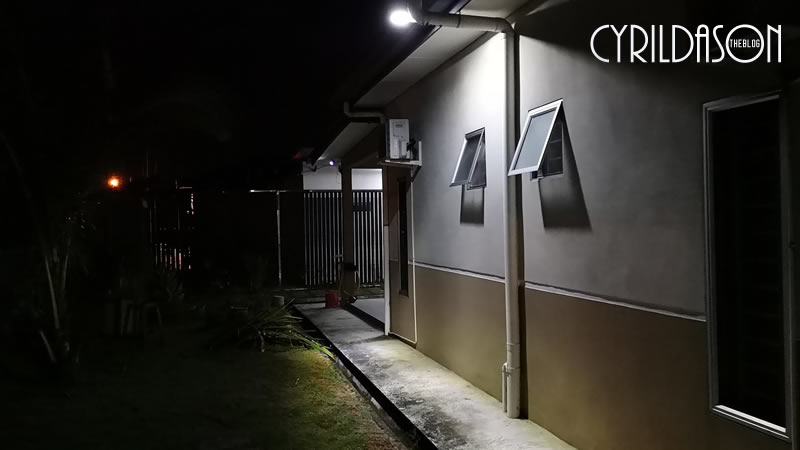 Mode three (red) is programmed to allow the solar street light to only switch on when there is movement detected.

The third mode ensures the solar light last the longest but I do not prefer it as the house area would remain dark.  Unless you want a dark yard, the third mode should be avoided. 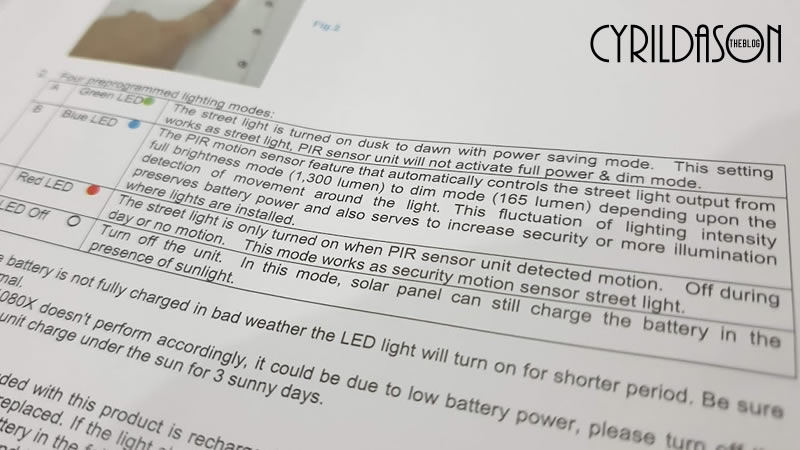 That said, I opted for the second mode.

So now the answer to the questions.

How long does the Alpha 1080X Solar Street Light last? Due to the mode I choose, it lasted until dawn but there’s a few times I noticed the light was already dead by 5AM. By right, it is supposed to last between 10 – 12 hours, but this depends on how well the solar panel receives lights.

You see, the charging of the batteries depends on how much solar power the solar light can obtain. FYI, the light needs at least 8 hours to be fully charged.

How about the brightness you may ask? Well, for that I opted to take the video below.

As you can see, 165 lumens isn’t that bright. However, 1,300 lumens as seen when the sensor detects movements is just right. It is very unfortunate there’s no mode for this.

I am considering adding another two lights to brighten out the whole yard at night.

I bought the Alpha 1080X Solar Street Light from Lazada, so if you are looking to get one, maybe you could grab it from Lazada.

At the time of typing, the price of the light was RM267.20 excluding shipping.  Shipping was pretty fast by this company. I obtained it within three days!

CHECK THE BEST PRICE ON LAZADA

I also found the same solar street light in Shopee, but since I didn’t buy it there, I can’t say much on the delivery service.  The price however is much cheaper. It cost only RM249 on Shopee Malaysia

So far, I am satisfied with how the Alpha 1080X Solar Street Light works.   I do however wish it could be brighter, illuminating a constant 1,300 lumens instead of just 165 lumens. 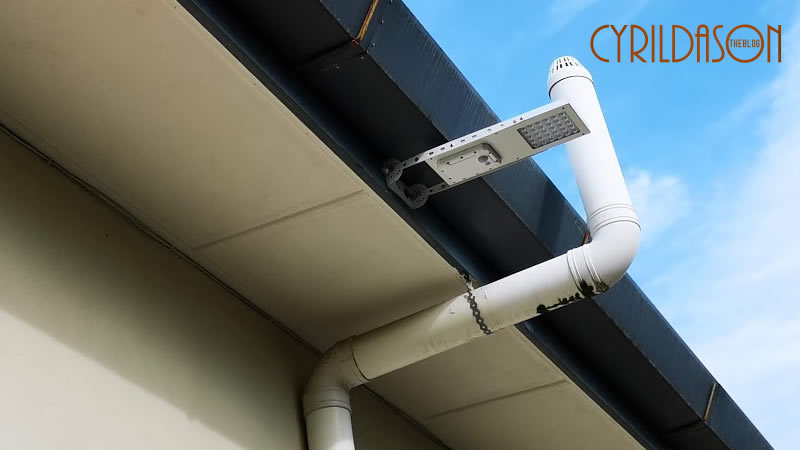 However, considering the price, design and use, it is okay by a lot of standards.  I wouldn’t say it is the best out there.

Nonetheless, the fact I am now considering to buy another two does speak volumes on how satisfied I am with the light.

Anyway, I do hope this review of mine helps, and if you have any questions of recommendations, the comment box is yours!