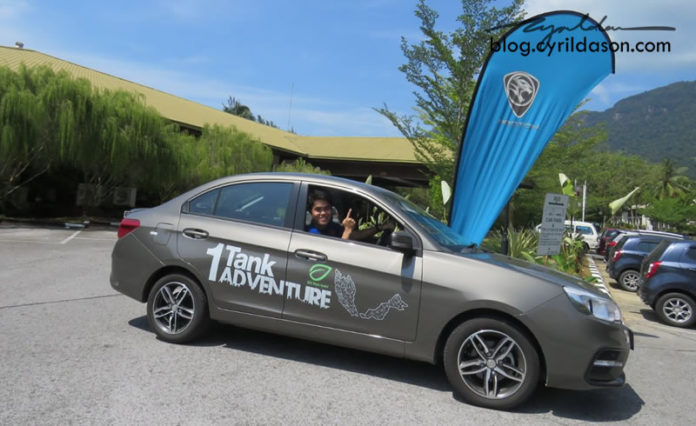 So today, Donovan is representing me at the PROTON’S 1 Tank Challenge for East Malaysia (Kuching).

When I got the email, I actually missed it because I was having a busy week and it was only after they followed up did I replied, acknowledging that I am not able to make it.

It was however a huge honor because never had I been engaged by any motor company to join their programmes, and this blog of mine isn’t exactly an auto blog although I do write quite a bit about vehicles.

So, when PROTON invited me to their East Malaysian leg of the Proton 1 Tank Challenge, I was ecstatic.

It was not only the first time a car manufacturer had invited me on such a trip, but it’s also a great chance to know what had been improved in PROTON cars.

Unfortunately however, it was one of those busy weekends for me, so I couldn’t go. I negotiated with PROTON to therefore have a representative instead.

They agreed and I called Donovan to sub for me.

Donovan himself drives a PROTON Saga FLX, and he knows PROTON cars as good as I do.

MY HISTORY WITH PROTON

When it comes to PROTON, there is always a question about PROTON’s fuel consumption.

As you may have known, I used to have a PROTON Saga BLM sometime ago, but I let it go. During my 9 year ownership, there is no question about PROTON’s reliability. I’ve done so much with it and it had always got me places.

Donovan on the other hand has used his Saga FLX for about 4 years or so. The car has proven to also be reliable as well. He does however admit there’s hick-ups as well.

That said, I have a pretty good idea about how PROTON fares when it comes to fuel consumption.

However, since the change of PROTON’s leadership, I’ve read that there has been plenty of refinements and improvements in PROTON and I am seriously considering giving the local brand a second chance especially since I am looking at buying another city car (small car) in the near future.

Before you read on, please do note that the writing is done by me, but the experience and review is from Donovan himself. I just helped type it up.

ABOUT THE 1 TANK CHALLENGE

The 1 Tank Challenge is PROTON’s way to promote their car fuel efficiency.

Both Donovan and I agree that PROTON does ‘drink a lot’.

However, the new PROTON Saga uses a different engine and changes had been made to make the car more aerodynamic hence improving fuel consumption. 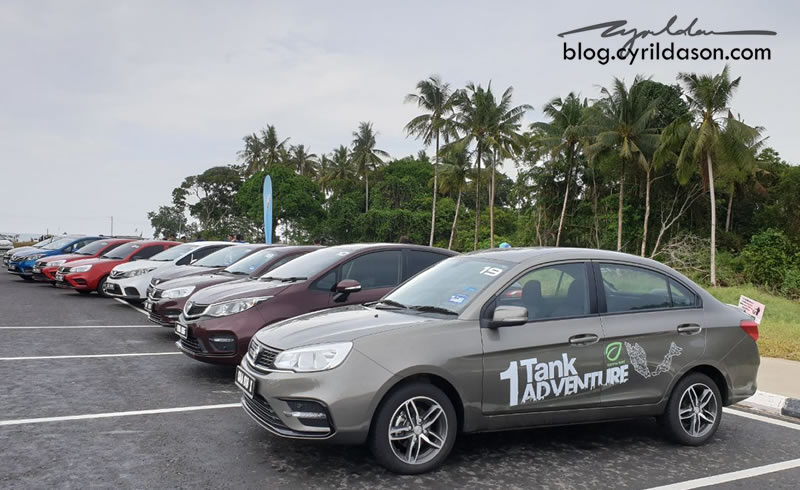 Therefore, the PROTON 1 Tank Challenge is to prove that Proton cars can go a distance with just one full tank.

Donovan was given the Proton Saga and he was partnered with another media partner named Chong Kho Lee from MySarawak. 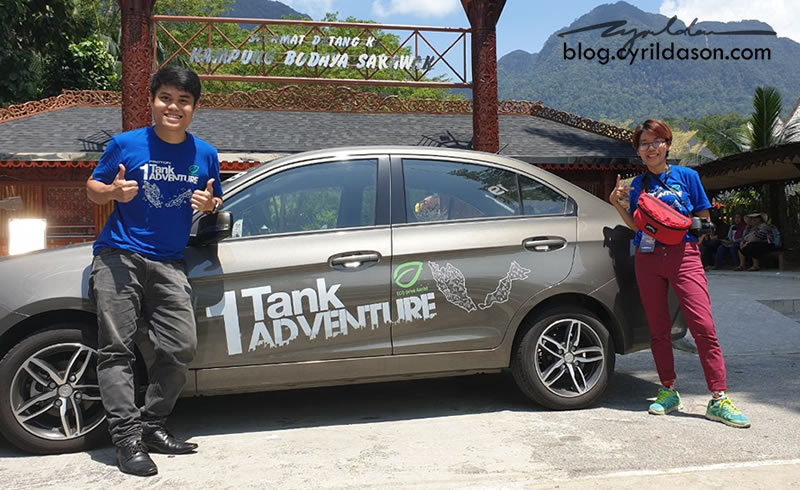 Among the terms of the competition is that contestants needed to be the fastest to reach each checkpoint, while at the same time conserving fuel. The lowest fuel consumption would win. There’s mini contest along the whole challenges as well.

Contestants are also required to drive as usual which includes having their air-conditioning systems switched on.

After registration and briefing, the flag-off ceremony was done at PROTON Tun Jugah. The first task was to solve a riddle and reach the place fastest while passing each check points allocated. 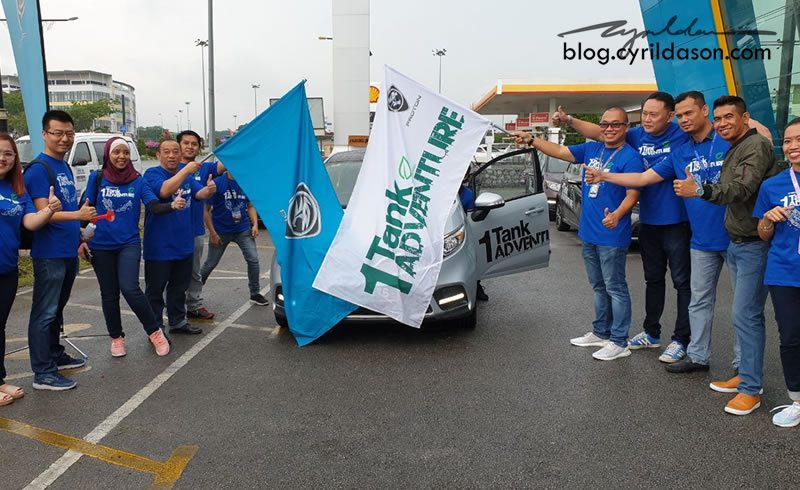 Donovan had to re-park his car, so he wasn’t the first to arrive at the destination, which was the Fairy Cave in Bau.

The next destination saw Donovan and partner driving back to the Stadium Sarawak grounds in which he was given the opportunity to experience the dynamics of the car through dynamic testing. 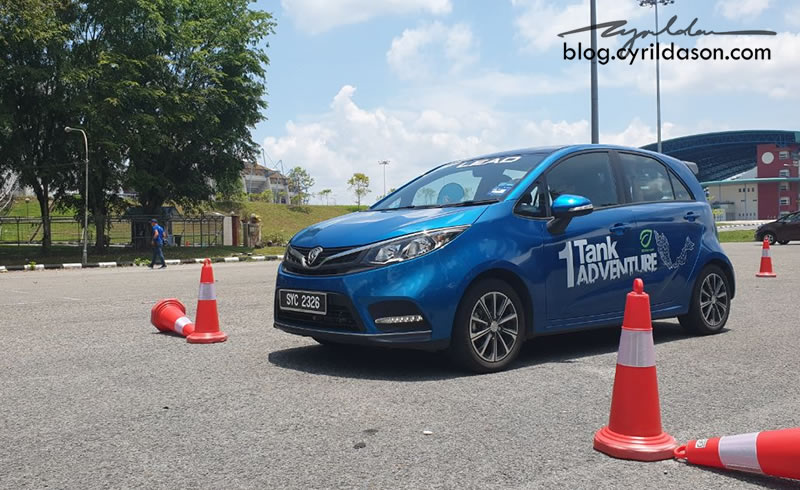 It was here Donovan got to experience the true handling of the new Saga 2019. According to him, the handling and suspension was perfect and the ABS braking system was accurate and on-point.

Next was the journey to the Sarawak Cultural Village where Donovan scored a win in the blowpipe competition. 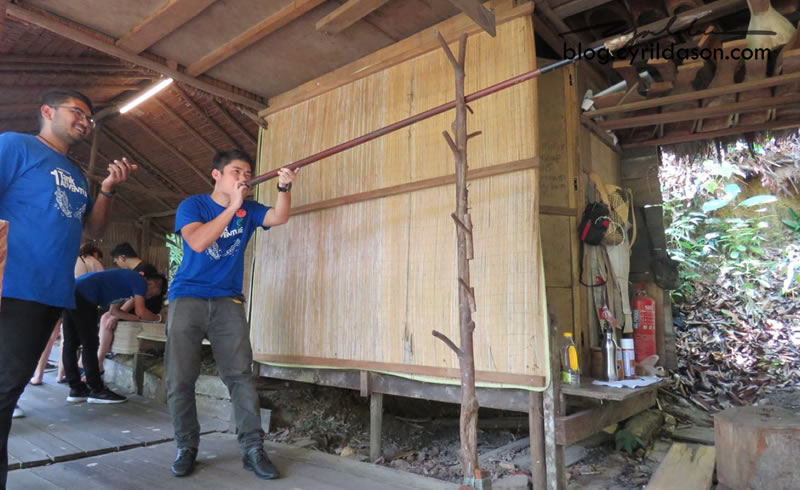 That same night, a briefing was done by PROTON about the whole challenge with PROTON stressing a lot that they want to remove the assumption that their cars aren’t fuel efficient.

According to PROTON, the new batch of cars have been tuned better to be more efficient hence why they are daring to do the PROTON’S 1 Tank Challenge.

The final leg of the challenge saw Donovan and his partner drive all the way to Telok Melano in Lundu, and back to Samarahan where the results were tabulated.

WHAT DONOVAN LIKED ABOUT THE NEW SAGA

Since Donovan was driving the new PROTON Saga, I asked him about what he liked about the car if compared to his older Saga.

Donovan said that the new Saga 2019 was more powerful and the sound insulation was miles better than his current Saga. He also praised the new Saga’s pick-up and driving experience which he deemed as ‘a huge improvement’. 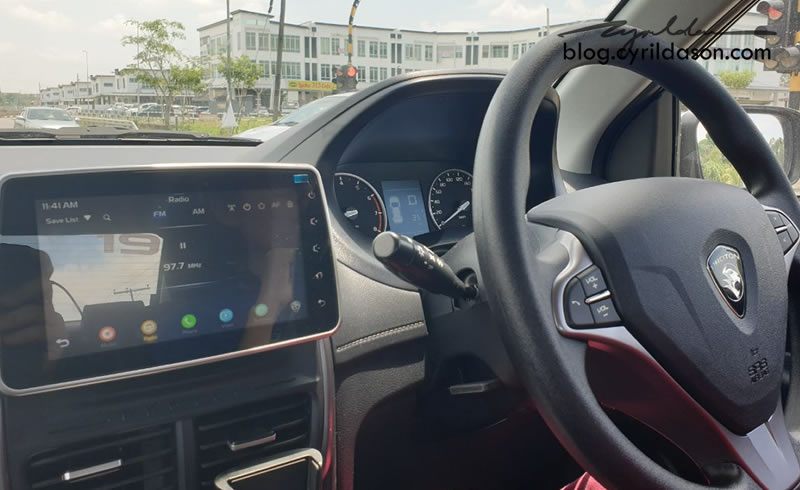 Also earning praise from Donovan was the improved interior of the Saga which made the car look more premium. This includes better positions of lighting, seats, electronics and dashboard displays.

Last but not least, Donovon said that the new Saga was very, very economical in terms of fuel consumption if compared to his current Saga FLX.

Okay, here’s the surprising thing. Both Donovan and I never actually thought this would happen, but when the results came in, Donovon and his partner came in first place! 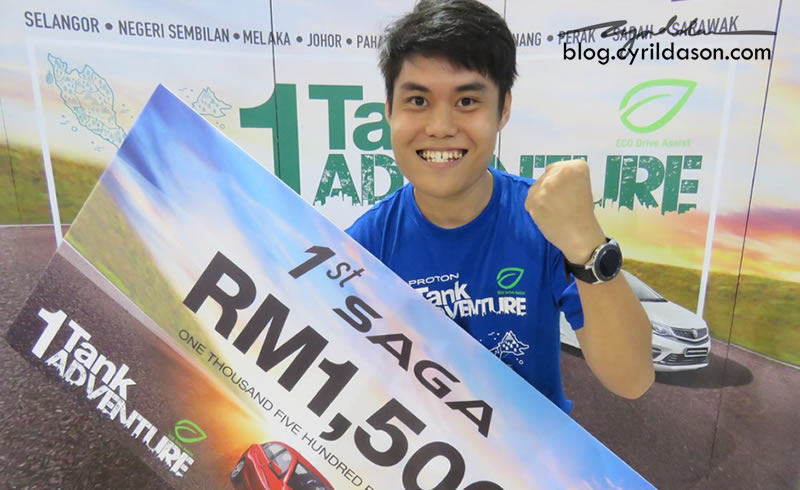 As the results were released, it was however evident that the PROTON Iriz is the most economical off all, using only 5.49L/100KM.

So, with that said, there’s obviously going to be a continuance to this blog as Donovan goes to West Malaysia to compete in the finals, but for now, a representative of this personal blog of mine.

Below is a very brief video of the challenge.