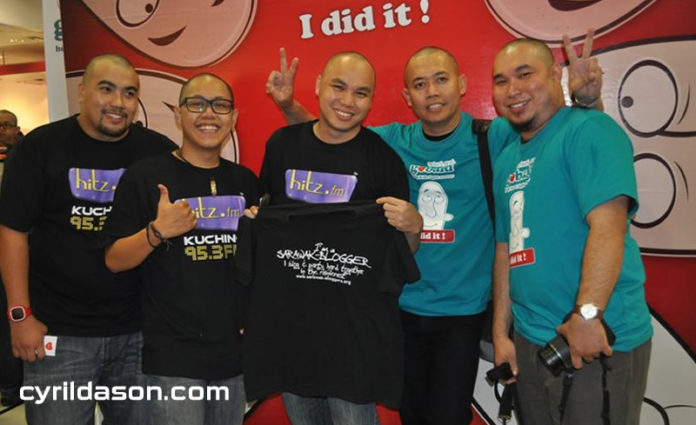 I’m not sure about the stigma surrounding getting you’re head bald, but I honestly think guys would look more ‘macho’ if they were bald. It’s either that, or you get to look more holy.

Anyway, The Sarawak Children Cancer Society or better known as the SCCS is having the Go Bald campaign for 2010, and they are inviting EVERYONE to join in to create awareness of cancer among children. Last year, they had a similar campaign, and they managed to collect about RM200k. This year, the aim is RM1mil, with 300 people going bald. The cause of this campaign is to help SCCS build a new home/shelter for children whom are also cancer patients. The new center cost RM2.5mil.

So, you may be wondering, what’s collecting funds got to do with going bald?

Well, according to research, baldness is one of the few things which cancer patient undergoing chemotherapy tend to fear. It’s sort of the ‘not cool‘ factor, and this has made a lot of cancer patients, most particularly children feel ashamed of being bald, hence being somewhat discouraged to seek treatment. In a way, the fact that they will loose their hair due to treatment does somewhat dampen their spirits from healing due to depression.

This is where you can help. By going bald, you are directly telling these children that being bald is not something to fear, but it is a common thing which everyone does, regardless of health or background. In fact, you are indirectly encouraging these children to move on with their lives and mix around with the society, and hence making them feel accepted and this will definitely help them get better as everyone knows that emotions play a vital role in health.

If you think bald people don’t look good, then why not check out Rovilson Fernandez whom is from the Amazing Race Asia.

And there’s always the ever handsome Michael Rosenbaum of Smallville.

Now, how can I forget about Adre Agassi, the international tennis player?

As for the girls, don’t fret because supermodel Alex Wek went bald, and she’s still looking as stunning as ever.

If those photos still don’t get you feeling the need to Go Bald, then why not go for the fact that hair grows. Your hair grows, and it only takes a month for you to get ‘hairy’ again. Do it for the children, and for the fact that you will get to help someone.

BUT, before you do any shaving of you’re own… STOP!

Because we have experts in hair behind this campaign from CUTTING EDGE willing to do it for you for FREE!!

So, SIGN UP with the Go Bald 2010 committee (starting from now until 15 May 2010 by emailing them at admin@gobald.my), get a PLEDGE CARD (shown by Silas in the photo below), and CLAIM your FREE LIMITED EDITION T-SHIRT on 16 May 2010 (which is the date of the event).  In fact, take the Go Bald campaign as a challenge, ask your friends to donate money to SCCS (via your pledge card) and tell them that you will go bald, if your collection is of a certain amount.

And if you are wondering if I am going bald? Well, I’d really love too… but my day job somehow has some ethical problems with teachers going bald on purpose 🙁  In fact, students need to also get parental consent to go bald, and also have a written approval from their respective school.

If you are in the same boat as I am, then, lets just stick to do our part in promoting the campaign.