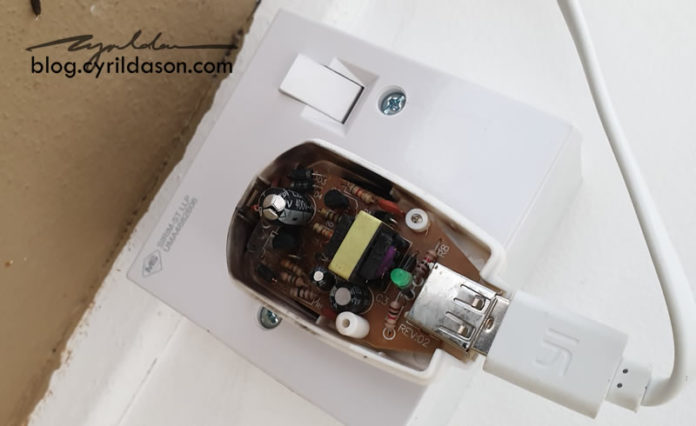 Have you ever experience your appliances being hit by a lightning strike before?

To be honest, I have never had such experience, but I believe I did recently.

It was Wednesday, the 23rd of October 2019 and I was at Starbucks doing my work while waiting to pick up my daughter.

THE STORM THAT CAME

From where I was sitting, I could see that there was heavy rain.  There was lightning and thunder and the wind was strong.

It didn’t bother me much because I was used to such weather in Kuching.  However, as I left Starbucks to pick my daughter, I noticed the thunder and lightnings seemed clearer this time.

It was so clear, I felt that it was so close to ground.

I swear, at some point, it was as if the earth shook as I drove home.

Upon reaching home, the autogate failed to work.

I figured my ELCB had tripped because for some reason, my ELCB is rather sensitive. Wikipedia says an “ELCB is a safety device that functions to break the circuit when it detects small stray voltages on the metal enclosures of electrical equipment, and interrupts the circuit if a dangerous voltage is detected.”

Since there was thunder and lightning, I expected that the ELCB kicked in and that is the root of the blackout, or some call it ‘a power failure’ in my house.

I ran under the rain to reconnect power, and drove my truck in. Opened the door and carried everything in as usual.

I then reached out to look for the charging adapter for my phone as usual, and it wasn’t there.

In fact, it was lying on the floor. The adapter was intact, but somehow it was not in position. I inspected the power point and noticed that the power socket housing had broke and there were debris of the power socket nearby. 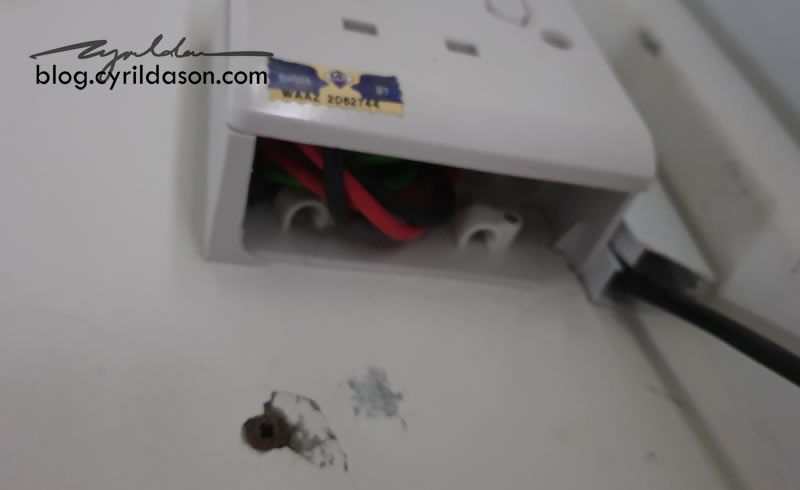 There was no burned mark.  This got me wondering, so I asked my wife and daughter if they had tempered with it. They both denied disturbing it. I was baffled.

I then figured I should check the CCTV I’ve installed.  Weirdly as well, one CCTV was down.

So I went out to check on the CCTV and soon realized that the power adapter cover was broken, revealing it’s content. 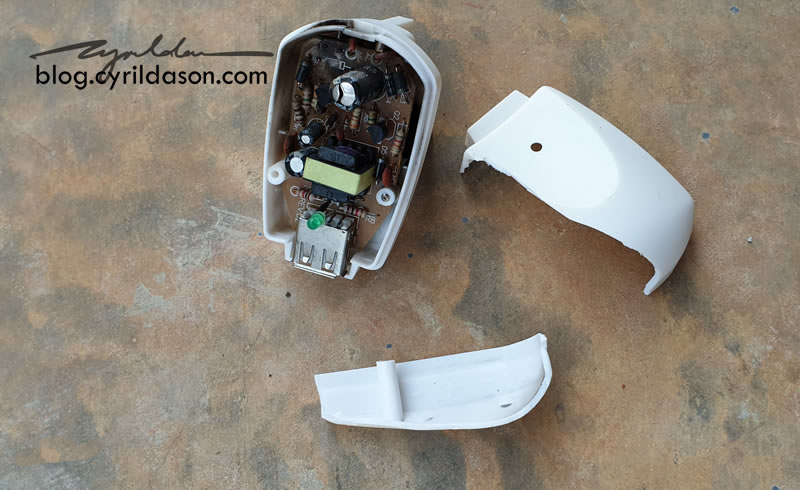 On the floor was the casing which broke into two.  Careful inspection later revealed that the power adapter had burned marks.

It was a mystery why these two adapters were damaged, and so I started investigating.

HIT BY A LIGHTNING STRIKE

I texted my electrical technician to ask what may be the cause. He said it may be lightning.

He further explained that charger adapters are not earthed.  That said, if lightning did strike, it is likely they will be damaged.

He also asked me to check each power sockets, saying that when lighting striked his house years ago, his appliances were damaged, but his power outlets were fine.

I did as he recommended, and he was right. All the power sockets were functioning as they should. 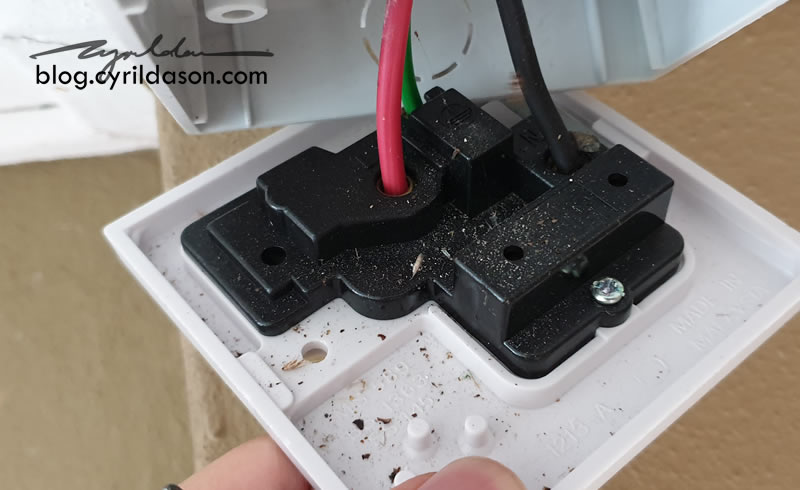 This further confirmed that the two devices were indeed hit by a lightning strike.

I learned that there was also an explosion involving a mobile phone in a nearby shopping mall on that same day.

The victim was using her mobile phone while there was thunder and lightning and she was charging her phone.

I guess it was one of those days where the lightning was too close to ground, it hit some electrical poles and overloaded the current supply. 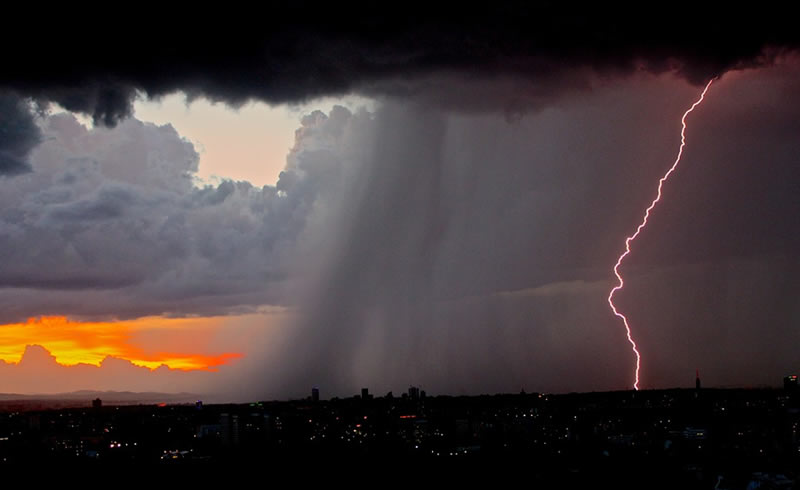 From that day on, I started switching off switches whenever I don’t use them.  I’ve never made this a habit, but I am going to make it a habit.

I believe I was lucky no one was home when the lightning strike happened, or there may be injuries.  Also, I was lucky there wasn’t a fire as well.

That said, it’s time to be extra careful with electrical appliances these days. You never know what could happen on any given day.

Have you had a lightning strike your house? Let me know of your experience in the comments.