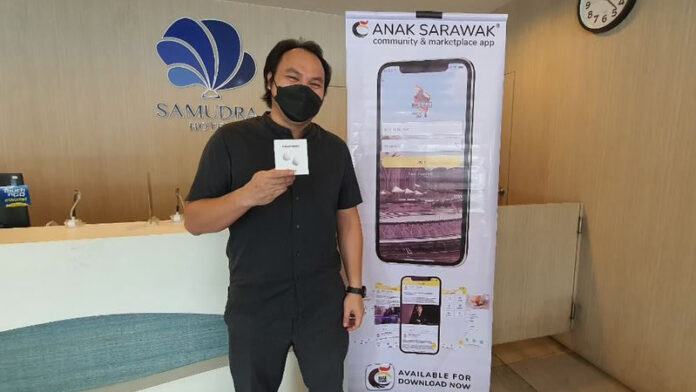 I recently won the Samsung Galaxy Buds2 by joining the AnakSarawak App contest.

Some digging online revealed that the app is community and marketplace mobile application which is developed by Taqwatech Sdn Bhd.

This post isn’t to elaborate about the app, but if you need more information, you can read about the AnakSarawak app here.

There’s quite a number of features on the app, but the competition wanted participants to suggest ways to improve the app further.

What I wanted to win

Anyway, the grand prize was the HUAWEI MateBook D14, and I could always use a new laptop, hence making it my main target in this competition.

The second HUAMEI Matepad was also interesting to me since I could also do with a tablet. 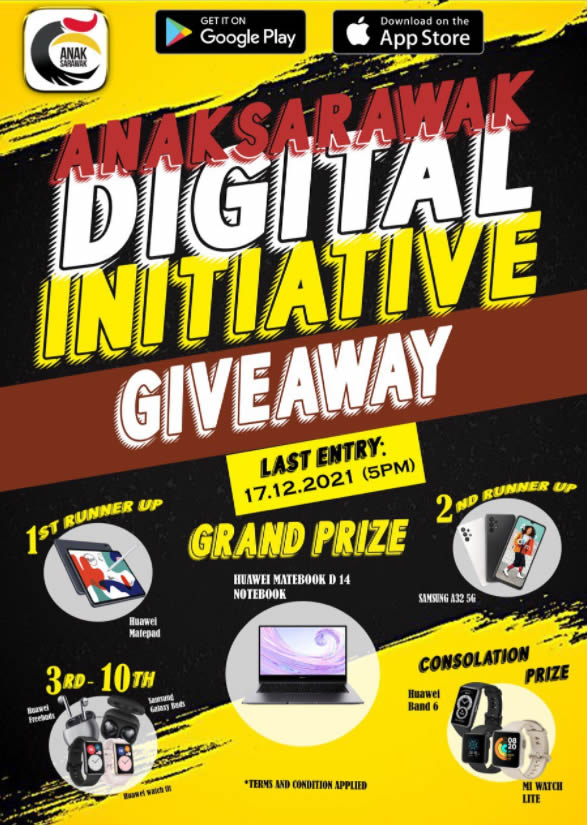 The smartwatches weren’t exactly on my list of prizes I’d like since I just recently bought a new smartwatch, but I would also love it if I won either the smartphone or earbuds.

How I won AnakSarawak App contest

The mechanics of contest itself was rather simple, and all one had to do was suggest how the app could be improved. Yes, it was that simple.

The contest first ran on Facebook, but was later expanded to Twitter, so I gave it a try on both platforms with hope I would be able to win something.

Well, it does seem that mother luck was on my side because just before Christmas, precisely on my wife’s birthday, my twitter entry was announced as the winner of Samsung Galaxy Buds2 by mysterious Datuk Jahat Hensem! 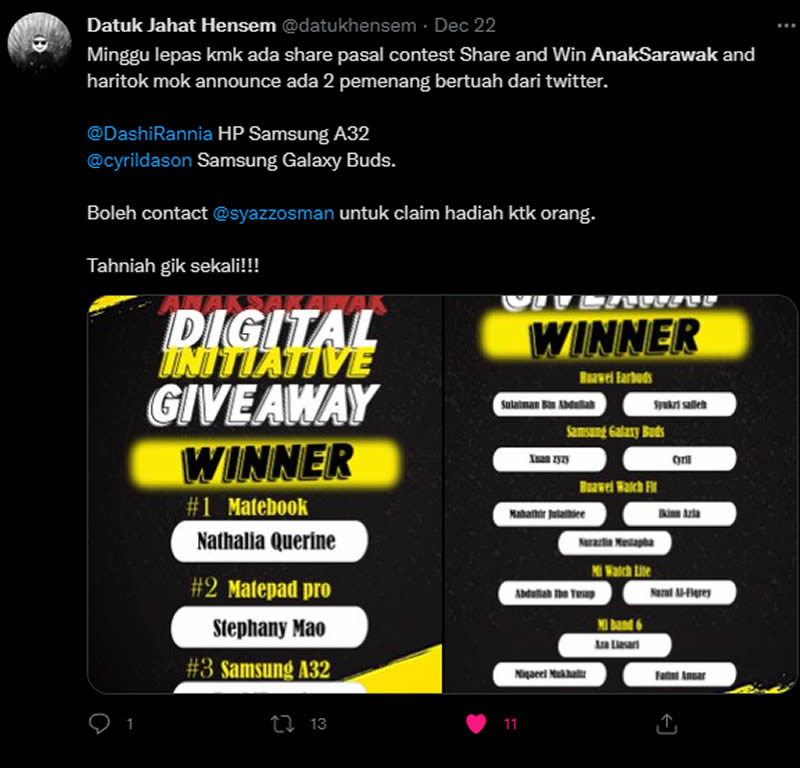 Happy with the win

I am grateful I managed to win a prize despite unable to secure the main prizes I wanted.

Nonetheless, as I said above, I’ve always wanted to buy new earbuds so the winning prize was perfect!

The Samsung Galaxy Buds2 comes in my ‘Want list’ so I’m very thankful I managed to win it through the AnakSarawak App contest. 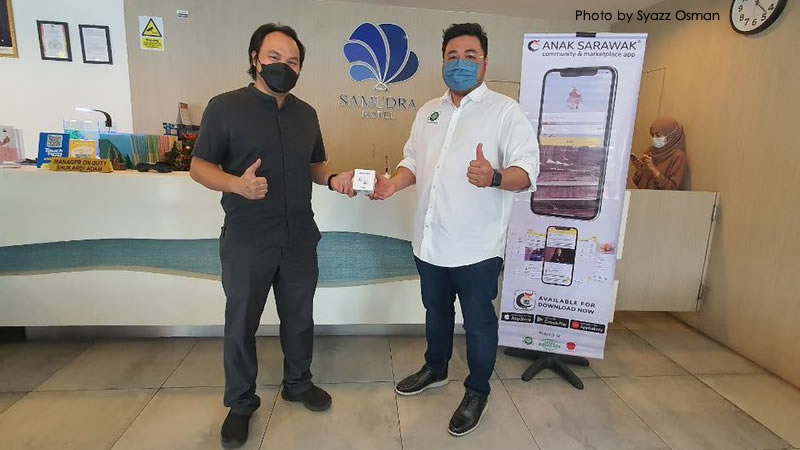 The fact that these neat earphones cost about RM330 just adds sweetness to the win.

That said, thank you AnakSarawak App for organizing the contest and also for choosing me as the winner. Really appreciate it.

Hope the app will be something all of us Anak Sarawak can be proud of in the near future.