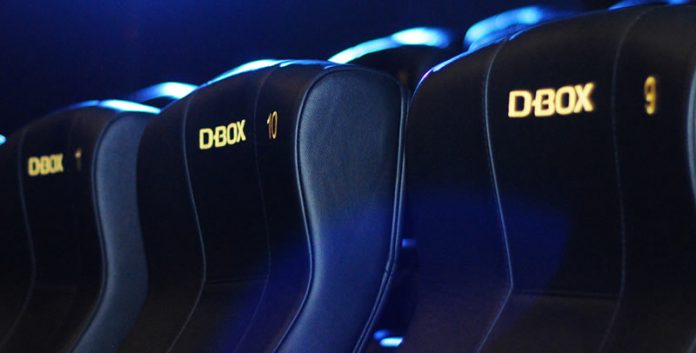 Last Friday, I went to catch The Legend of Tarzan, and decided to try out the new D-BOX seats at Golden Screen Cinema (GSC) CityOne Megamall, Kuching.

Priced at RM27 per seat (Student price), it was said to “add magic to films by introducing a new experience: immersive motion.”

In fact D-BOX claims that the sound effects of the movie was carefully synced with the movie audio, hence “allowing you to feel the intensity as if you were speeding in a car chase or let you feel the subtle movements as if you were by the ocean, feeling the relaxing waves”.

Well, there was three of us who tried out the seats, and out of the three of us, one switched off the D-BOX seats midway the movie, while the two continued to experience the movie until the end.

Unfortunately however, the verdict was similar for all the three of us, with none of us liking the seats.  The one that switched off the seat functions midways said it was annoying, while another friend and myself felt it didn’t improve our movie experience and was quite uncomfortable.

Probably it was the movie of our choice, but we are not looking to use the seats anytime soon.

If you have had experienced the D-BOX seats yourself, and have your opinion too, do share, else, try it yourself.