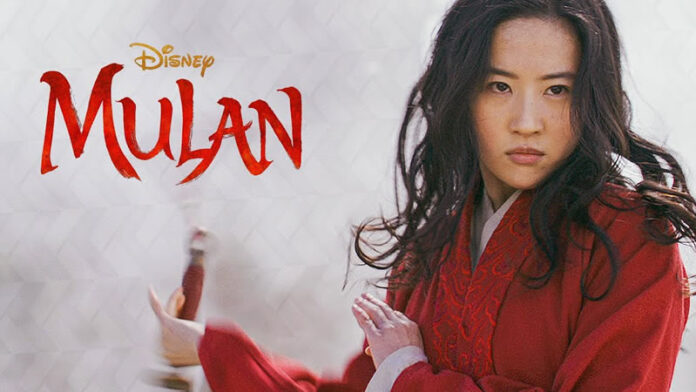 I was looking forward to watch the live-action adaptation of Disney’s Mulan when the trailer of the movie was first released.

Mulan’s animated cartoon was one of my favorite and I had high hopes the live-adaptation would be equally good.

I hoped that Mulan would be closer to reality as I learned that fictional characters like Mushu and Cricket would be removed.

MULAN IS GOOD BECAUSE

First of all, actress Yifei Liu is gorgeous. There’s no doubt about that.

This is a definite plus point for the movie.  The action scenes are also interesting, well choreographed, and the movie plot is good.

Unlike some remakes, Mulan didn’t steer too far off the original animated series, which to me is good.

This Mulan was more ‘serious’ than the animated one, but that’s expected given the ‘fun characters’, Mushu and Cricket, are both gone.

The backdrop of the movie felt like one of those typical ’emperor – related’ Chinese movies, with plenty of one-on-one combat scenes, fist fights and a Chinese culture.

In short, it did feel like I was watching a Chinese film instead of something out of Hollywood.

FELT OUT OF PLACE

But that same feeling also ruined the movie for me.

The fact is, it was weird watching a Chinese looking movie using English as its main language.

It felt even weirder when the actors and actresses seem to struggle to speak fluently in English, hitting plenty of Pan/East Asian intonations or slangs every time they spoke in English.

As a matter of fact, I felt Mulan could have been better if Mandarin was used.

Maybe it’s just me, but the setting of the movie, coupled with the Asian cast created that feel within me that it should be in Mandarin.

The use of English in the movie made Mulan feel weird, cheap and hugely out of place.

To be honest, I am fine with Disney leaving out Mushu given the fact that it’s just a cartoon character.

However, the introduction of Xianniang, which to me is also a fictional witch made me wonder how is she any different from Mushu?

Granted, I do not know if the real legend  of Mulan had such person in real life, but Science wouldn’t support the idea of someone being able to cast spells and shift shapes freely, hence making Xianniang fictional in my eyes.

Although Gong Li nailed the role of Xianniang, the presence of this particular fictional character disappointed me because I was hoping for something closer to life.

Aside from that, there’s also glimpses of a Phoenix every now and then.

I suppose the Phoenix was to represent Mulan’s ancestors looking over her, but I it also spoiled the ‘reality’ of this Mulan remake.

I mean when you say ‘live-action adaptation’, I expected the plot and cast to be closer to reality without any mystical and fictional creatures or characters.

I personally felt that Mulan could have been much better if it had tried its best to remain as a non-fictional tale, particularly after they removed Mushu and Cricket.

While I could commend the fact that Mulan tried its best entertain, the supernatural side of it totally ruined it for me.

Regardless, Mulan does entertain to some degree but throughout the movie, I had this nagging feeling felt that a Mandarin speaking Mulan would have turned out so much better.