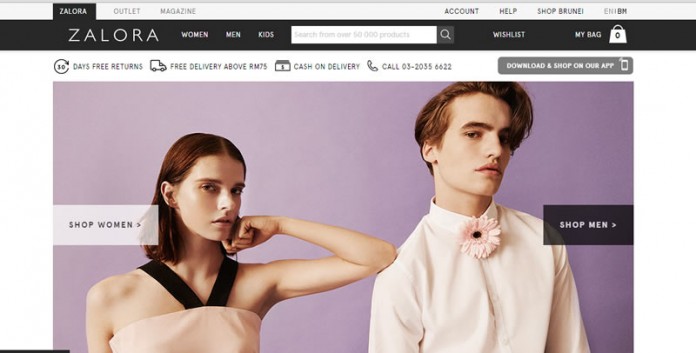 Zalora is a new kid on the block when it comes to online shopping, and they are now marketing their site like wild-fire over the mass media, and social media.

The question remains however to many is, how good are they?

Yes, with way too many fraud cases, and lot’s of complaints on their Facebook page, I am here to share my personal experience.  I am not paid to do this, but I guess, hey, you may want to just know how it was dealing with them.  Previously, I did a piece on Lazada Malaysia, and did another review when all my items purchased arrived.

This time around, with the RM30 ZALORA voucher from Starbucks in hand, I decided to do some online shopping at this site.  Just to test it up.

First off, I needed to get an item which I liked which was above RM50 because the voucher is only valid with purchase above RM50.  I scouted through their catalogues and found two t-shirts I figure would look nice on me.  I’m actually not fancy about shopping for cloths online because you can’t test the attire on you, and hence you do not know what to expect.  nonetheless, if it’s cheap, it’s worth to try.

As you can see above, I decided to get two t-shirts, which totalled at RM76.  With the RM50 discount, I got both at a mere RM38, which means RM19 each. Not bad. Paid for it with my credit card on August 2, and soon after received a notification that my order is confirmed and paid for in full.

Now’s here’s the part most are complaining about.  The delivery.

ZALORA  Malaysia however didn’t send me any such email until I received my order 6 days later from GDeX on August 7.

The items were as seen on the website, but I was rather disappointed with the size which was a bit smaller than I expected.  Nonetheless, it was a good online shopping experience considering that I did receive my items safe, and the deal was not bad (not exactly dirt cheap).

However, the real problem lies in the duration the item gets to the customer, and if the item is actually of quality.  I would gladly say that the t-shirts I got were good, but the delivery could have been better.  GDeX is an amazing courier service, and I’d go to the extend of saying they are one of the best because they actually bother to call you before they send in the item.  However, the lacking of a tracking number and maybe the delivery system of ZALORA needs improvement as after payment is made, you just have to trust your gut that the item is shipped.

Will I buy from ZALORA Malaysia again? The answer is yes, but then, I’d still prefer to get the item from a local retail clothing chain because I get to feel the material, and try it on.

p/s: Hey, I was browsing the internet for great deals which could make me save even more, and this site called iPrice.my was offering some awesome discount coupons which would help me save even more!  You might want to check the site out=)