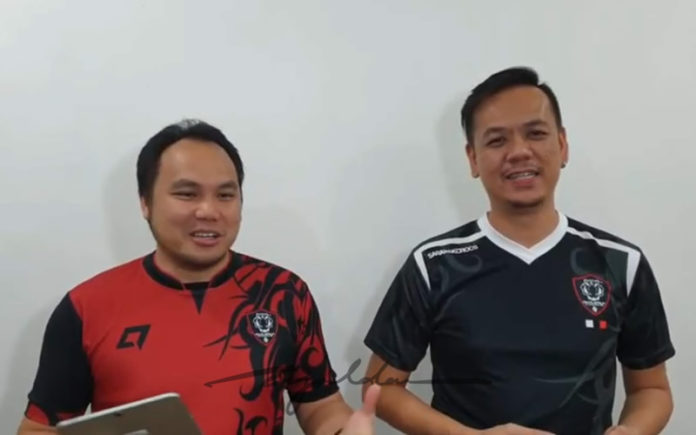 I’ve been playing the Fantasy Premier League for years, and now, I am taking an advance step to making it part of my life.

This is due to the fact that I’ve started this new project (or show) about the Fantasy Premier League two weeks ago with a close friend; Joachim.

Before I go on, here’s some background of the project.

You see, I am not a great football player. You can say I do suck at the game at times. However, I’d like to believe that I’m quite good at managing a football club and organizing competitions which are related to football.

I’ve a long history in Championship Manager (now Football Manager) as proof of my management skills, and as far as organizing things related to football – I’ve been doing just that since secondary school. The first tournament I helped organized was the Piala Pengetua, if anyone remembers lah.

That said, when the English Premier League (EPL) introduced the Fantasy Premier League, I was one of the thousands that joined the online management game. The game basically allows one to choose 15 real players from the EPL into a virtual team you manage.

You use this team to score points based on the real performance of the players. Official prizes include overseas trips and EPL related merchandise.

Over the years, I’ve set up my own team to play the Fantasy Premier League, and I’ve neglected my team halfway most of the seasons.

In 2019, I talked to Joachim Then and we agreed to set up a show about the Fantasy Premier League since we both always discussed about the game anyway. Putting what we discussed online was just extending our ideas to others and it wasn’t that difficult.

Up to the day of this post, there’s 16 videos with 34 subscribers. Hits have been very encouraging.

The whole ‘show’ is hosted by both Joachim and I, with both of us offering tips and ideas about player options for those playing the game.

We talk about substitutions, past matches, and our expectations. Both Joachim and I fund the project ourselves with Joachim lending his emceeing ability and house as a studio, while I do the editing and set up online stuff: social media, website, uploads etc.

Both of us are in-charge of social media interaction. However, that has been rather lacking due to work related commitments.

OBSTACLES WE FACE WITH FPLFC

There are of course other issues when setting up FPLFC.

One is the fact that both of us aren’t exactly used to having the spotlight focused too much on ourselves. This is particularly true about myself. I technically ‘hide’ behind most of my projects, allowing whatever brand I develop to grow without the followers knowing its mine.

If I do put my name out there, I tend to not video or photograph myself and focus more on the content I have to share. One example is what I did for KuchingBorneo. Not many of my 15K followers on FB know the site is owned by me.

Anyway, talking about uncomfortable,the video below took us like 3-4 takes!

Making time to shoot is the second biggest issue. With the EPL playing every weekend, we need to find time to shoot the show once a week. Taking into account the time required for editing and exposure, we need to have everything done before Thursday night.

This creates problems if we are preoccupied, although thankfully we have been able to shoot on time so far.

The third issue is getting our fact and discussions right. As people always say, content is king and that’s no different from FPLFC.

Thanks to this new project, I’ve started polishing my knowledge on the Fantasy Premier League. This includes looking at rival videos and learning how their show work. It’s a tiring and time consuming at times, but I didn’t agree to start this new project without knowing the consequences.

At the end of it, FPLFC will be considered a success if the shiw has enough followings.

If you do want to help us out, sponsoring our show would do wonders. Sponsorship can come in many ways as we look at ways to improve our set, audio visual set-up and so on. Sponsors also, of course provide us motivation to carry on.

FYI, all videos you see up to Game Week 3 are shot using my Samsung Galaxy Note 9, with an external ‘not so suitable’ microphone. A stand up office lamp is used for lighting.