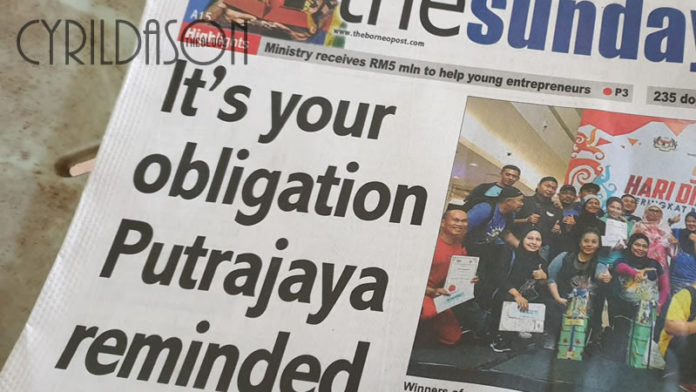 As I put on this fake Malaysian jersey I got from a friend during my 30th birthday, a feeling of irony swarmed me.

Here I am wearing a Malaysian jersey that’s fake, while at the same time feeling shortchanged that I am Malaysian.

I am quite sure many of us Sarawakians feel the same way. We hold a Malaysian passport, but in truth, we feel more should be done for Sarawak as part of Malaysia.

When it comes to sporting events in particular, we fly the Malaysian flag high.

We chant ‘Malaysia Boleh’ as loud as our Malaya and Sabahan counterparts would. We shed a tear everytime Lee Chong Wei fails to defeat Lin Dan in badminton, and we fill our late night 24-hour food courts to root we can win over Singapore and Indonesia during football tournaments. It does seem we are very Malaysian when it comes to sports.

However, when a local Sarawakian makes it huge at the international stage, we Sarawakians are quick to point out where he or she hails from. We take a lot of pride that he or she is Sarawakian, and that we made it happen for Malaysia. We are pretty quick to put Sarawak ahead of Malaysia.

In terms of urban development, Sarawak cities aren’t far behind compared to the rest of Malaysia. Our smaller cities like Bintulu, Miri and Sibu even fare better than some state capital cities in Malaya and Sabah.

In fact, Kuching itself is an amazing example of a city with a soul that keeps people loving it. It’s a modern city with that amazing community and kampung feel. It sometimes doesn’t feel like a city despite all its world class facilities and offerings.

However the same can’t be said about the rural interiors or kampungs in Sarawak.

Some remain inaccessible by road. Some don’t have lights at night. Some can only wish for treated water. It’s a very contrasting feel with the city life but such inadequacy hits almost every Sarawakian at heart. You see, every city boy or girl in Sarawak hails from the kampungs. Our parents, and grandparents are there, so until their livelihood improves, we aren’t happy. We are constantly reminded by this when we go back to the village and that feeling of being shortchanged by the federal government brings anxiety.

For years since we call ourselves Malaysians, nothing much has changed in the village and we blame Malaya for milking our oil and forest for cash, yet get little in return.

The constant reminder that Malaya is better than Sarawak only rubs salt on this sentiment.

THE POLITICAL SCENE HAS CHANGED

Over the past year or so, the political scene in Malaysia had changed and it has become even more volatile in Sarawak.

There isn’t a BN party anymore, and a new coalition called GPS was born.

BN was very ambitious under Abang Zohari, Sarawak’s Chief Minister. Although he constantly said he was continuing the legacy of the late Tok Nan, it didn’t seem so.

It was a huge promise that many Sarawakians I spoke with, had reservations. Many were not impressed, bringing to light their villages which remained backwards. Like I said, most of us still go back to the village and remember our villages.

Under GPS however, the Sarawak government had decided to focus on things that matter. There are promises of more and better roads, water and communication. These promises were to develop the basic facilities in the rural areas of Sarawak and it was returning to what Tok Nan had done when he was CM.

The government had finally decided to return back to the promises made by Tok Nan which was to improve the rural areas and fight for the rights of Sarawak under the Malaysian Agreement of 1963.

CAN SARAWAKIANS STEP UP?

With the new political landscape, there are calls for more Sarawakians to be more involve in making change in Sarawak.

When I say change, I don’t mean ‘change the government of the day’, although that’s an equally loud call as well these days.

The change I am referring to is the change of attitude and work ethics in Sarawak.

It is my observation that Sarawakians tend to ‘wait and see’ when an opportunity opens, mostly being observers until they realize something is not right.

This is bad because it doesn’t empower our own people to lead the way. It causes Sarawakians to be merely followers and allowing outsiders create policy and dictate how Sarawak would be in the future.

We saw this happen when we allowed Putrajaya to take control of items under the Malaysia Agreement 1963, only barking now when we realized much had been lost. It’s never easy to gain back something that’s lost, and hence why there’s so much chatter about getting back the rights of MA63 these days.

But Sarawakians individually should also step up their games and make changes.

Attitude and mindset among Sarawakians should change for the better.

We shouldn’t accept ‘semadi nadai’ as ‘good’ but should strive for better. We should stop blaming others for our failures and make it our goal to improve our own community and people. We should start to wake up and move. 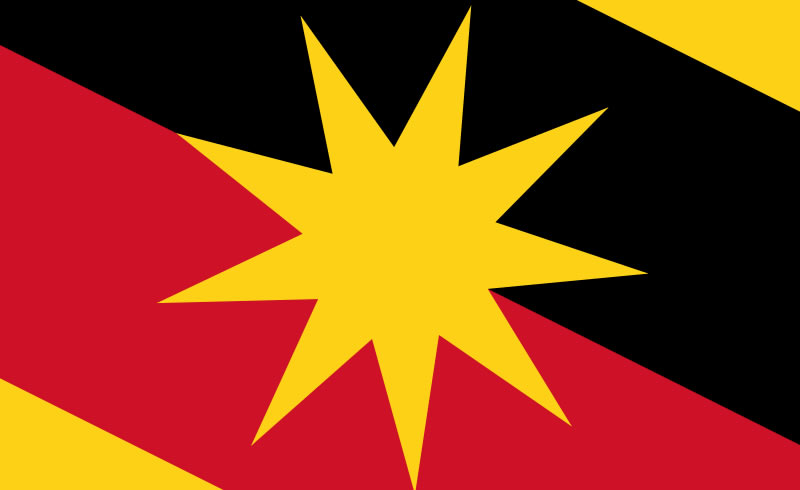 We should also stop saying ‘West Malaysians do it better’ and just hand jobs to outsiders. Doing this empowers them. Give the task to our locals and ‘teach them how to fish‘ for it is when they can do so, they would improve and become better.

If we don’t start providing local opportunities to local people, who will?

HOPING FOR THE BEST

This post isn’t about putting down anyone or any organisation.

It is about stepping up as a Sarawakian. If a Sarawakians felt the same irony I felt when I wore the Malaysian jersey, then lets do something about it.

Create opportunities for local Sarawakians and empower them. Stop blaming others for the lack of opportunity and start helping Sarawakians get them.

Now many are calling for more from the federal government. The daily news is that we want Putrajaya to still give us what is due, while providing more.

However, it is my opinion that they won’t give a damn if they know Sarawakians are merely all talk without actually being able to do what is said.

Therefore, it is important that we prepare Sarawakians and Sarawak now, before things open up for us Sarawakians. We wouldn’t want people to say “Bila beri, tak pandai pula urus“.