DISCLAIMER: If you are offended by this post, just leave….  Its my own opinion.. and I don’t think I’ve incited any racial disharmony here.. but if I have, let me know =P

If you are wondering why Parti Islam Se-Melaya (PAS) never made any impact on Sarawak politics, here is one HUGE good reason: They divide us united Sarawakians. Period!!

While our newly appointed PM is busy promoting his 1Malaysia concept, we people in Sarawak have long embraced the need to respect and remain united as Sarawakians, hence already focusing so much on the concept of 1Sarawak, or in general, 1Malaysia. Sometimes, I wonder why there is even a need to propagate the need of having such a vision (the 1Malaysia vision), when I see and observe people in Sarawak are well united, despite any arising problems or political difference.

Now, with I get it as I read how PAS president Datuk Seri Abdul Hadi Awang blaming the Opposition’s loss in April’s Batang Ai by-election, solely on ignorant ‘cawat’ or loin cloth wearing voters who did not know how to vote.  Such ignorance, such stupidity and such misconception of the minorities especially when they make up the majority of Sarawakians prove to be a clear reason why the 1Malaysia concept should be embraced.

I just can’t get it right in my mind.  I mean, an illustrious leader of such a huge political party like Abdul Hadi (No point calling him ‘Datuk’ since he is so ignorant) openly claiming that Dayaks are still wearing cawat?  Either he is blind, or he can’t differentiate what is ‘cawat’ and what is ‘normal clothing. 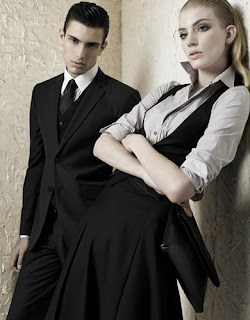 Either way… if he says that “Dayaks wear cawat”, then my ‘cawat’ is clearly expensive because it is made up by Padini, B.U.M and other major brands which are internationally re-known.

If that is the case, then most probably, most Malaysians wear a ‘cawat’….

So, please stop belittling us Sarawakians, or more specifically the Dayak community.  If you are ignorant, go to school and educate yourself… and yes..  KUCHING HAS A MOSQUE, A CHURCH,  AN INDIAN TEMPLE and A CHINESE TEMPLE ALL WITHIN 1KM OF EACH OTHER, and apart from the usual Muslim prayers, we have WEEKLY LIVE BROADCAST OF CHURCH SERMONS EVERY SUNDAY MORNING on our local radio…

The key is respect… No one has complained about having this things around as we respect each other regardless of religion and race…  Don’t believe me? come to Kuching, and you will see how all races/religion can sit down in ANYcoffee shop to eat freely, regardless if it is owned by a whoever it is.

Owh.. this post is written in 15 minutes, so… no personally owned pictures…

THERE IS THIS POLL TO GAUGE WHAT YOU THINK OF HADI’S REMARKS.  TO PUT IN YOUR VOICE NATIONWIDE, CLICK HERE.