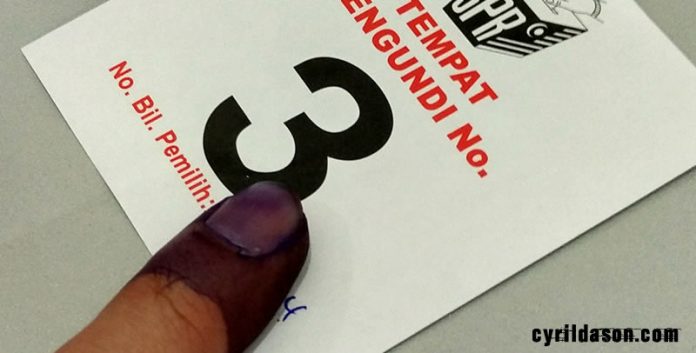 Bet you’ve heard, undergrads in Putra University Malaysia (UPM) has been exchanging blow with the university security forces for the campus elections. Apparently, they were not happy for UPM disqualifying 10 of the 11 Pro-Mahasiswa candidates.

Now, it’s good that we have this so called ‘elections’ in universities, and maybe schools… It educates these undergrads about elections, campaigning and most importantly it gives students the ability to lead and to choose their leaders, much like the democracy in our country. Yeah, it’s basically Politics 101 for the candidates.

However, with such an intensive election process and heated debates… students tend to loose their way, ignore their studies and end at the loosing side. In my books, that’s just plain bad.

It makes me wonder why campus elections can turn so emotional. From my perspective, these campus elections are suppose to elect a student representative to fight for student rights, but in most cases, it’s normally a case of ‘Whose popular’.

It did occur to me that universities should not have elections but instead appoint student representatives instead. However, this will give universities full autonomy in making decisions, and that’s just not right.. and then, it struck me:

WHY NOT ASK EACH CLASS REPRESENTATIVES TO FORM THE MAIN STUDENT BODY? I bet every class in uni has this one boy/girl which has been randomly elected/selected to represent the class in any discussion with higher university authorities. These people can be drafted into the core team where an internal vote can take place so that a proper student body can be created. This move I believe would enable students to know their representative better, and also allow the candidates to actually fight for something useful to their peers. The move also saves money and time on useless and emotional elections. I mean, if you want the post, then you must be ready to sacrifice your time to represent your people, right?

I wonder if the Uni authorities have thought of such move. But then again, maybe there is better suggestions out there. Anyone wanna give their two cents on this issue?