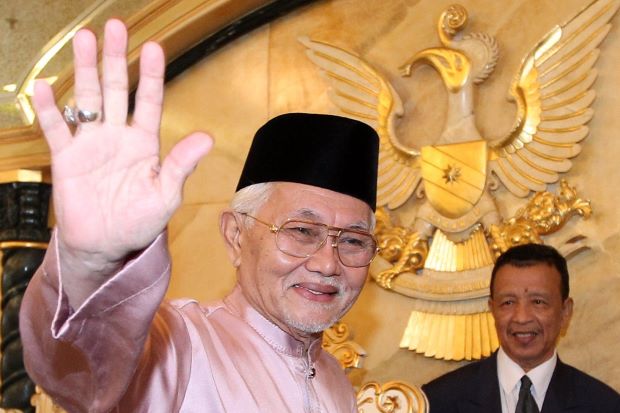 So the ‘white hair’ has finally decided to call it day and this would be his last month in office.

Frankly speaking, I have never thought I’d see this day coming, for he has held the post since the days I’ve been born. In fact, I could not even name a person who’d be able to replace him, and even if I did, one would quickly point out that his religion would make it near to impossible to go ‘up there’. Plain discrimination if you ask me, but I’ll hold my tongue, just like many of us out there who feel the same.

While some people would love to dwell on harsh stuff about the out-going man, I’d prefer to look at what he has done for us, Sarawakians.

Truth to be told, regardless of whatever ‘mischief’ he may have done, he has made us Sarawakians a proud lot of our state. You won’t find such patriotism ever close enough to match what Sarawakians have in their heart. The unity and the bond among Sarawakians go beyond whatever anyone in this country could imagine, and if you went to the Stadium Negeri for a home football game, you’d feel it the moment the state anthem ‘Ibu Pertiwiku’ goes live.

In my years as a blogger, I’ve encountered Pehin Sri Taib a few times. In one particular occasion, I even had tea with the man as he looked eager to chit chat with the eight of us seated around him. I had butterflies in my tummy that same time, but a glimmer of courage enabled me to pop up questions about politics, unity, education and UMNO.

The man himself didn’t want to point fingers directly, but from where I was seated, it did seem that he was not fond of UMNO, and was well aware of tactics by west Malaysian politicians whom are trying to gain a foothold in Sarawak.

I’d elaborate more on what he said, but I think I’d get hate mail if I did.

Nonetheless, to be perfectly honest with you all, Pehin Sri actually earned my respect after my few meet-ups with him and his close aids did disclose some pretty interesting things about the man himself.

If anyone of you reading this are of the secret service, don’t be alarmed because these things were just of his likes and dislikes, which I thought were rather interesting for a man of his stature.

As a Sarawakian, I really think that we do not need all this hate politics, religious fights, and superiority shouts like what is happening in West Malaysia.

Sarawak is for Sarawakians. Keep it that way, and Thank You Taib for the good deeds you have done for us.