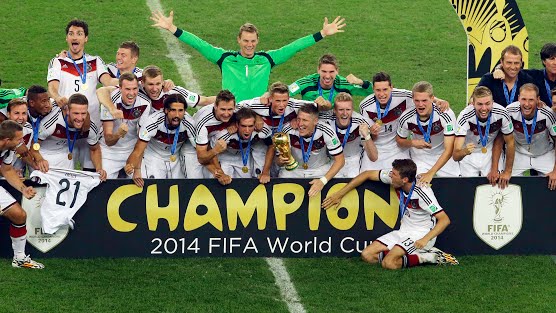 The 2014 World Cup just ended, and as I expected, Germany won it.  Let’s face it, the Germans had ‘champions’ written all over them from the beginning, and when they trashed Brazil 7-1, you just knew they were going to bring home the prestigious cup.

For me, this World Cup was interesting simply because there were shocking results.  I mean, who would have expected Costa Rica and Algeria to move into the second round?  Who would have thought Brazil would be humbled so easily?  Who would have guessed Spain, England, Portugal and Italy to go home early?

Sadly however, no Asian countries, including Australia, made it to the second round, which is ironic considering Asia is basically 1/4th of the world.  We could blame poor facilities, but I see politics and misuse of funds as a major threat to the betterment of football in Asia.

Regardless however, with Malaysia still far from even being able to enter the World Cup, there is nothing much for me to cheer in such games, which translates to the fact of why I only watched one full game during the whole world cup, and saw three live games before half time.

If Malaysia does enter the World Cup, perhaps I’d be more than willing to sacrifice my sleep for time in front of the TV.  But until then, I’ll continue to hail the team which plays better football, and root for the underdogs.