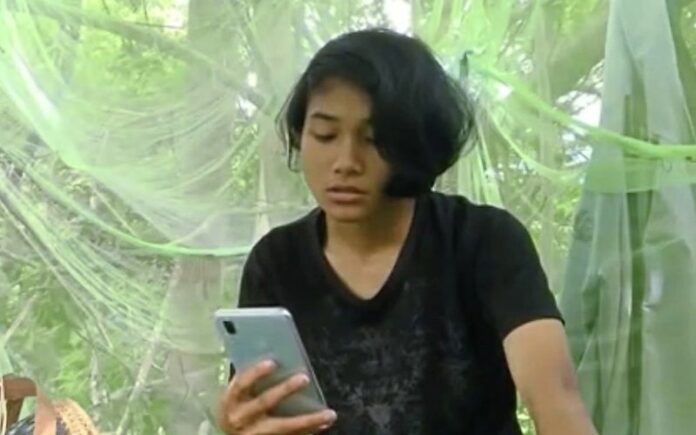 He claimed that based on ‘investigations’, Veveonah wasn’t taking an exam, and urged everyone not to be easily deceived.

His claims made the Sabahan girl look like a fraud, and that she was merely seeking popularity by highlighting her plight.

WHO IS VEVEONAH AND WHY IS SHE FAMOUS?

Her video “24 Hours On Tree | Challenge” went viral this year as she showcased how she had to make a tree house to get better connection to sit for her exams.

You can see her viral video below, which has made her an instant Youtube celebrity with a whopping 740K subscribers. (I also have a Youtube channel, but it only has about 1.8K subs)

There was also a promise that a tower would be built in her area so that she can get better connectivity.

SO, WHAT IF VEVEONAH WAS A FRAUD?

It has been cleared that Veveonah is no fraud, and that she indeed has an exam during the said day.

Datuk Zahidi Zainul Abidin had also apologized over the statement.

However, what if Veveonah was indeed cheating, just so that she could get people to notice her, and maybe improve internet connectivity in her area?

I think if those were her intentions, she did remarkably well.

Her Youtube subscribers had jumped intensely high, and almost every video she makes now has over 30K views.

On top of that, as I said above, she now has the authorities promising her a telecommunication tower, on top of all other perks she was given like a scholarships, media devices and so on.

But to me, one of the most important things proven here is how Malaysians can get things done without going through the proper channels.

I believe Veveonah didn’t intend for her video and plight to go viral to what it is today, but it it did.

And when it did, authorities took immediate action, not only to look into the matter, but to rectify it.

Writing in, or using the proper channels to complaint does not make such things happen that often.  Not in Malaysia at least, and certainly not in rural areas.

I’ve used these so called ‘proper channels’ to get my grouses over internet connectivity at my in-laws, but the answer I got left me disappointed as you can see below.

This is my complaint to MCMC in regards to internet connectivity in my in-laws village.

I don’t know about you, but to me, the reply lacks compassion and desire to even address the issue.

I wasn’t happy with the reply and wrote a long reply as you can read below.

Well, that was the end of the complaint, and there was no other feedback from Digi.

After months not hearing anything, MCMC replied to the issue and then marked the case as ‘resolved and closed’.

Honestly, I’m disappointed that my ‘gentleman way’ didn’t get a proper response from the telcos (I actually wrote to complaint about Digi, Maxis and Celcom, but Digi had the better coverage for some reason hence why I decided to pursue them more).

IT IS DISAPPOINTING TO USE PROPER CHANNELS

Perhaps you may argue that I am not a student and therefore I am not a priority.

However, I am not the single internet user in the area.  I am also hardly the biggest user.

However, there’s school children, university students, and also other residents as well that do need the internet connectivity on a daily basis.

In fact, my nieces sometimes have to come over to my place in Kuching City, or go to local cafes just to complete their school work and assignments which require the use of internet.

That said, it’s very disappointing to learn complaints using proper channels aren’t resolved first, and priority is given to those that skip the proper channels to get things done.

It is disappointing that telcos and ministers constantly talk about 5G connectivity, and yet my village which is just a stone throw away from the Pan Borneo Highway, and about 30 minutes to Kuching, can’t even enjoy stable 3G connectivity.

It is also disappointing to know that using proper channels requires longer wait as opposed to those complaints that are made viral.

You see, at the end of the day, I see that there’s no point to have proper channels to make complaints.

All one needs to do is to post an issues on social media and make it viral enough, and it will probably be picked up and resolved faster.

p/s: I do hope fibre internet would make its way to the village because that’s still the best option for stable internet connectivity.

Head of the family and shopping