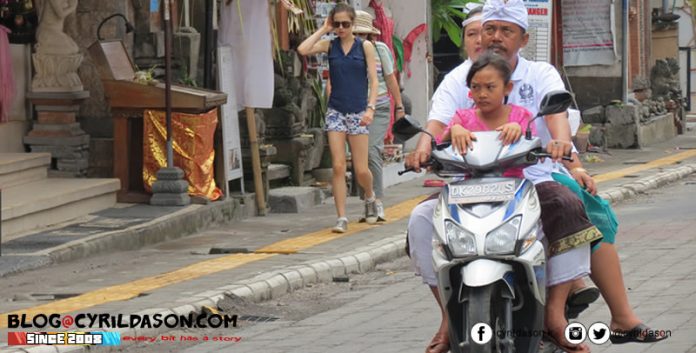 When I was at a younger age, I wanted to be a pilot. The glamor of the job, and the high pay was enough to motivate me to fill in ‘Pilot’ when ever I was asked to fill in those ‘Biodata’ scrap books my friends had. Back then, girls were the least of a reason why I wanted to be in any job. I was after all, just an innocent kid unexposed to the world, and thinking there was no other chocolate drink except Milo, and the most awesome superhero was Ultraman.

Well, I grew up hitting puberty with a new ambition. I wanted to be the Prime Minister of Malaysia. At 12, it seemed cool, and the thought of being able to make key decisions and see results trumps being a pilot by waves. As a matter of fact, being a pilot was less appealing because I realized it was somewhat like being a taxi or bus driver, only that you driving in the sky.  Nevertheless, upon reaching Form 3, I shelved my ambition of being PM as I felt it was hugely impossible in Malaysia due to skin colour, and the fact that it is close to impossible to see a Sarawakian taking such a huge job. I can say, it’s impossible.

PMR came and went… and I was in a dilemma. At this point, I was unsure of what I can do, and what I want to do. Reaching Form 5 was not easy as I had to choose my path. My parents were supportive in every decision I had to make, but I was at huge crossroads. Engineering appealed to me, but I was unsure of the prospects, while medicine was a huge NO as biology was not my strong point. Law seemed interesting, but I feared my life would be in jeopardy (yeah, blame it on the series Law and Order and a few other movies where the lawyers always ends up being killed), and the other jobs I knew were less attractive.  Back then, it was either you went to the government, or you worked in a company.  There was no such thing as being a professional blogger, or a model, or an ambitious movie director.  Oh, business was also simply a long shot as I had no connections and capital.

In the end, I took my mums advice which was to apply for engineering courses, and put a few choices as an educator, and I bet most of you know what I am doing now for a living.

Well, anyway… the thing is, there is a huge job market out there, and there is a very big scope of jobs already made available nowadays. You can even choose to earn money by tapping on key values.  The only stumbling block I could foresee nowadays is the question ‘HOW?’.

Yeah, sure… parents and other adults alike will say ‘Study hard’, but the facts are already around us that it takes more than studying to be what you want to be, and that’s where the Tomorrows Leaders Summit comes in. They are bringing in over 20 experts in various fields (from around the globe) to share how you can be as successful as these people are, such as top model Amber Chia, renowned fashion designing expert in Faisal Abdullah, and Harizal Zai, a documentary expert , just to name a few.

I’ll be attending the summit, but I must admit… one thing that does sadden me is the fact that it’s already a little too late for me to change my path of job. I wish I could have had the opportunity to go to such a massive summit when I was still deciding what I wanted to do. It would make a whole lot of difference. I mean, imagine going to work everyday by entering a massive corporate building owned by a company called Cyril Dason Berhad.

Yeah, that was, and is, still my long hidden dream…