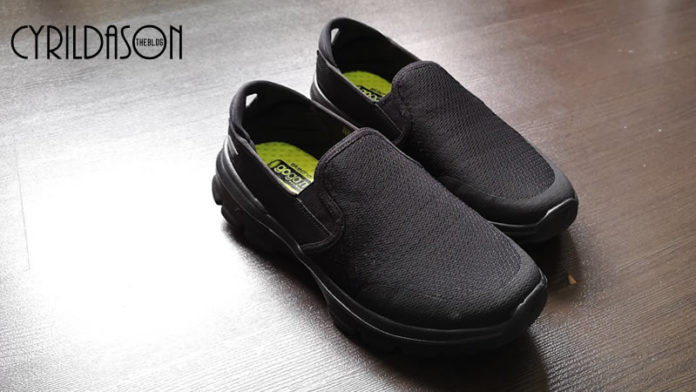 I first bought Skechers way back in 2008 if I am not mistaken.  I didn’t know the brand back then.

There was no Skechers boutique in Kuching, and I bought the shoe from a SOS, which is a shoe shop which had several brands sold in its store.

The Skechers shoe I bought back then as brown in colour and it was technically my ‘kasut jalan-jalan’, which meant I only used it for city outings, or when I want to dress to impress.

THE EXPERIENCE WITH SKECHERS

That particular Skechers shoe lasted me for a good 5 years if I remember because I only had to buy another shoe in 2012, and even then it was due to a slight hole in the shoe.  The body of the shoe remained very much intact until I decided to retire it.

After that Skechers was the only shoe brand I looked at.  I started wearing Skechers to work, bought one pair for jogging, and another for ‘jalan-jalan’.

Buying Skechers was easy because they made shoes very comfortable, and I personally love their design.

They are such beautiful shoes.

MY FAMILY WEARS SKECHERS TOO!

Since I was impressed with Skechers, I introduced it to my sisters, and before you know it, they too wear Skechers today.

My wife also jumped on the bandwagon, and before you know it, her colleagues are also wearing the brand.  According to her, her colleagues were wondering why she was able to walk around so much during a full day event she had to attended, and asked what shoes she was wearing.

I guess her answer convinced her colleagues to buy Skechers as well.

To be frank, it isn’t hard convincing people to buy Skechers because their comfort level is technically above the rest.

THE PROBLEM WITH SKECHERS

Nothing however is without flaws, and Skechers has two main problems. The first comes in its pricing.

Skechers are not cheap.  The shoes I buy are priced above RM200, and some are sold at above the RM300 mark. 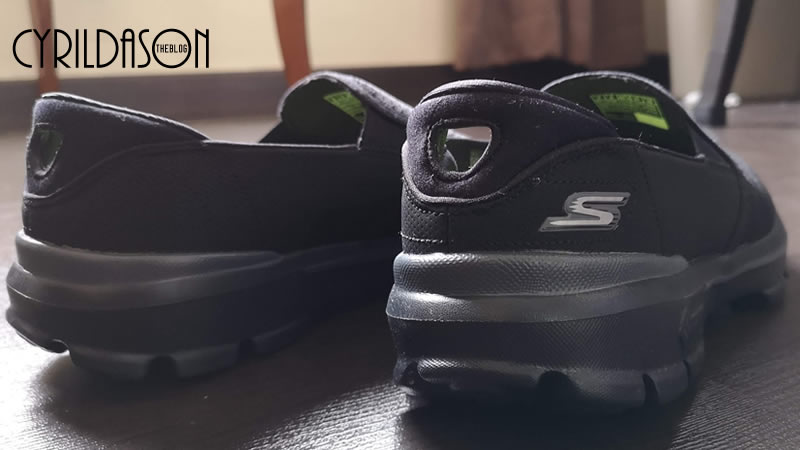 The second problem isn’t exactly a problem, but I am putting it as a problem because some people love changing shoes and when they can’t do that, Skechers is a problem.

Well, due to the long lasting habit of Skechers, those who like shoe changing wouldn’t be able to do so that often, hence ‘THE PROBLEM”.  For me, it’s not a huge deal. I don’t like changing shoes.

However, recently, I ‘forced’ one of my Skechers shoes into retirement because I wanted o buy a new shoe.

The shoe had a 1CM hole on it’s toe area, and I justified that as a reason to buy a new pair.  The torn shoe was then demoted and used for farming. I bought the shoe in 2012.

WHERE TO BUY SKECHERS AND SAVE?

Okay, since Sketchers isn’t exactly cheap, I found two places where I could get them at a discount.

Sketchers always has a promotion, but it’s like “Spend over RM300 and get RM50 off” sort of thing. That doesn’t exactly scream saving.

One of the best places to get Skechers is by going to the Johor Premium Outlet (JPO) in Johor or Mitsui Premium Outlet at Sepang.  Both these places offer Sketchers at a discount, sometimes up to 70% of the retail price.

There is however a caveat.  The design they are selling aren’t new.  They are last summer’s edition, so only go if you do not mind wearing an older design.

However, if want the current designs at lower prices, I’ve noted that Lazada and Shoppee are both selling them cheaper.

Are they original you may ask? I can’t say, but all the post I saw claim that they are selling originals.

So that’s about it lah. Do you wear Skechers? Let me know what you think!