The DJI Osmo Action was named by many tech reviewers as the ‘GoPro killer’.

The action camera had just barely hit the market, and it is making waves among vloggers.

There’s good reason to this, and here’s some reason why one should be excited to own the DJI Osmo Action.

REVIEW OF THE DJI OSMO ACTION

The Osmo Action boast of amazing stabilization for an action camera.

This is perhaps due to DJI’s experience in making gimbals and drones, but I was really impressed by the videos produced. An amateur user like me managed to come up with good raw footage hence proof that the stabilization of the Osmo Action really helped.

Aside from that, the Osmo Action also felt and looks very tough. I’m not sure if it will break upon impact, but DJI also gave a free hard case in the box.  This is an added layer of protection for the camera.

I also found the buttons to be well placed and thought after, hence making the use of the camera pretty simple.

In terms of camera quality, let me just stress that this is a video camera.  If you stick to that idea in the Osmo Action, you’d be fine.

That said, don’t expect mind blowing photos, but look at having less shaky videos as a product.

One of which is the front facing screen which actually shows what you are recording. This to me is a deal breaker for any aspiring vlogger out there. 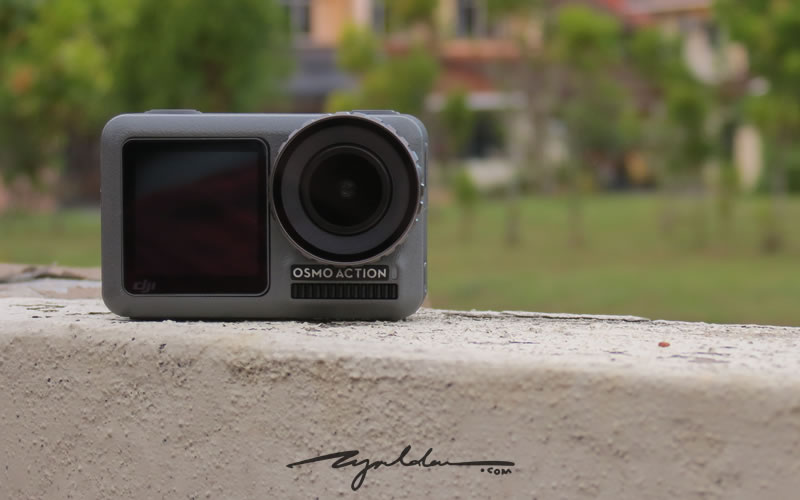 Another advantage the Osmo Action has over the GoPro is the longer battery life, and the deeper water resistant depth.

The GoPro however has a better editing app where as the DJI Osmo Action’s DJI Mimo app doesn’t have as much functions.

I personally can’t compare the Osmo Action and the Hero 7 Black in terms of video quality because I’ve not used the later.

DISADVANTAGES OF THE DJI OSMO ACTION

One of the biggest flaws of the Osmo Action is its poor performance during night time.

I tried this during the recent Rainforest in the City here in Kuching and I was disappointing with how dark the video looked in the camera.

More disappointing was how poor the video turned out in the final edits.

Aside from that, there’s a 2 second lag between the recorded item, and the feed appearing on the camera screen. 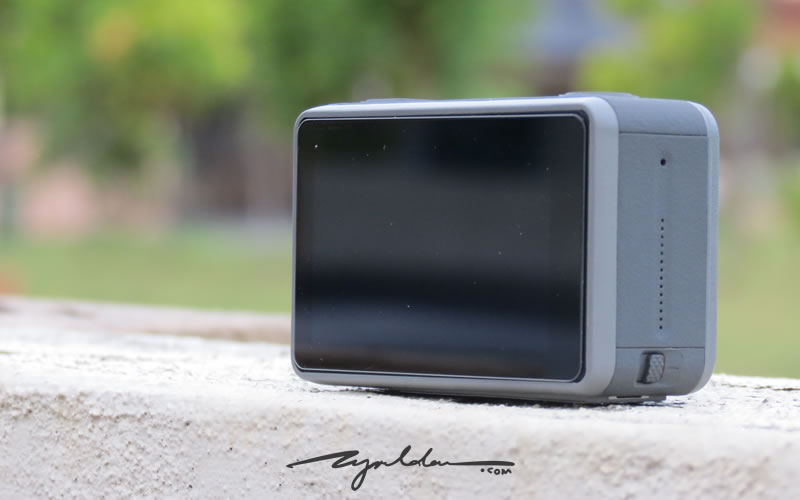 The DJI Osmo Action can be purchased directly via the DJI store for RM1,499 (USD349).

You can however get a better deal at Shopee but it does come with a questionable warranty.  The cheapest on Shopee is priced at RM1,388.

That said, choosing where to buy the camera really depends if you want to take a risk on the camera warranty.