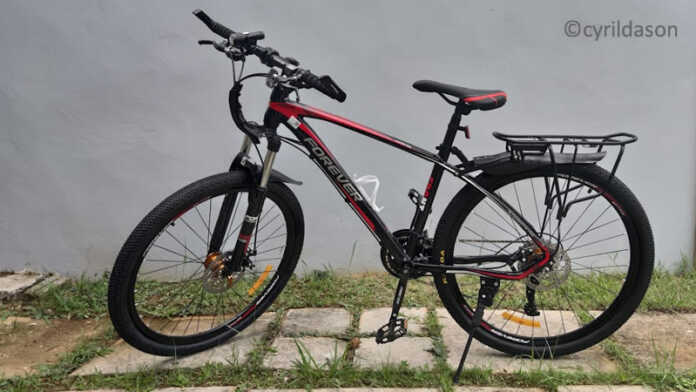 You can read my review of the MECCE Foldable Mountain Bike if you are interested to know about that bicycle.

Anyway, this post is about my review of the Forever Mountain Bike SFM753 which will be featured on my #Ride4Ril tweets, which will be about me cycling.

As usual, I’ll furnish you with the specifications of the bicycle first.

I believe this is an old model from Forever, but to me, it’s okay.

The Forever Facebook page promoted this particular model in 2019, so that makes this bike about 3 years old in terms of production age.

What I liked about the Forever Mountain Bike SFM75

I wouldn’t say it was love at first sight when I went to see the mountain bike.

In fact, I checked out this bicycle mainly because it was cheap.

At RM999, the bicycle was priced cheaper if compared to what I believed to be the same model sold in Shopee and other shops in Kuching that I’ve visited.

Although I did buy a bicycle online, I’m spending over RM500 on a bicycle which needs to be good does require me to check it physically.  That said, after factoring in the bicycle cost and transportation cost, buying it from a local store makes more sense. 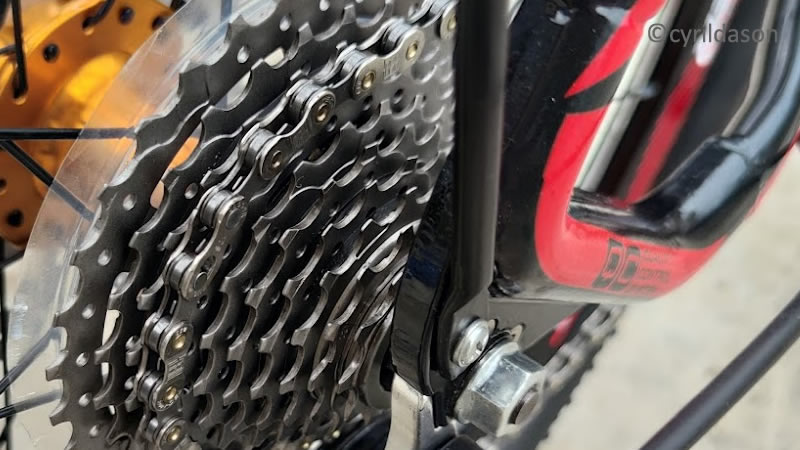 Second hand mountain bikes, or better known as MTBs, were also prices around that price, with some going beyond RM1,000.  That meant this particular MTB, was a steal although its probably an older model.

This MTB was new and came with a whole bunch of accessories which included a cycling light, bicycle lock and bicycle carrier.

Other than that, I particularly liked the colour which is red and black, and the change of gears was smooth and effortless.

Riding the MTB also gave me different excitement if compared to my older bicycle.  This one was smoother and felt so much easier to use.

Problems with the mountain bike

There was however two main issues I had with the bicycle when I received it.

For starters, I realized the front derailleur couldn’t reach all the three gears it had.  I did some tweaking on this and it was fine after that.

The second issue I had was related to the seat which felt rather ‘small’ that it became uncomfortable after a while in use.

I was told I had to use padded underwear if I plan to cycle for long periods of time, so I’ll try that first before considering a better seat. 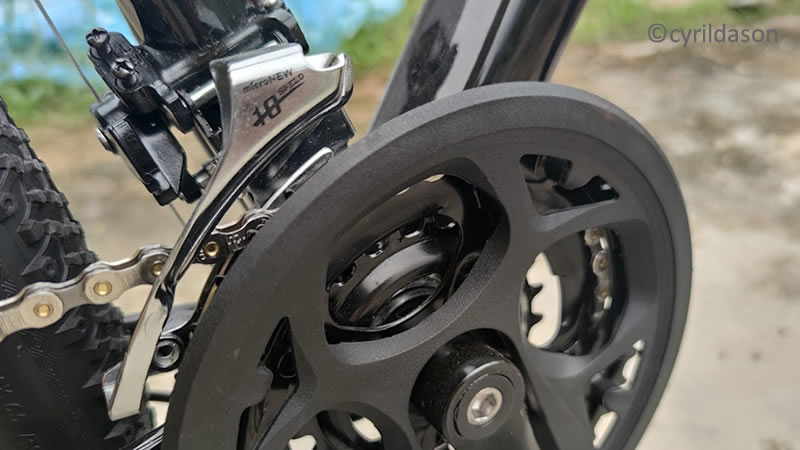 I bought this Forever Mountain Bike SFM753 from a man called Jordan after he advertised sales of some 20 bicycles at discounted rates on Facebook.

I noticed some scratches on the MTB and Jordan agreed to reduce the price to RM959, with free delivery, and this was the last one available.

I checked online and found that the same MTB was sold about RM750, with transportation bringing it to about RM900 to RM1,000.

You can check online if you are keen to see if the MTB is still available.

I must admit that I am happy with this Forever MTB.

The bike gives a smooth and enjoyable ride.

The drawbacks can be ignored and I do look forward to using the bike to cycle during the evenings.  I hope maintenance will not be an issue and I hope this bicycle will last for quite sometime.