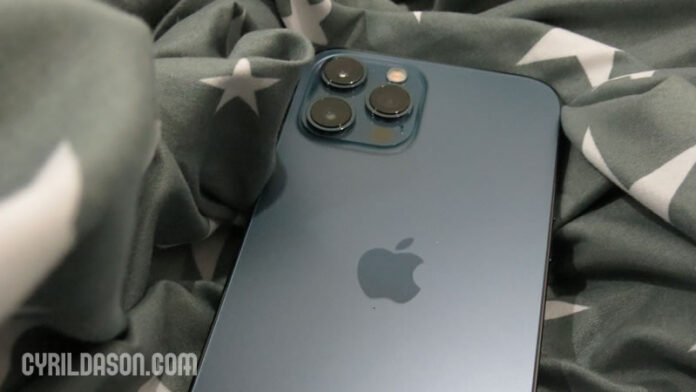 It has been ages since I properly updated this blog of mine, but here I am now telling you that I am using an iPhone.

The iPhone was my very first smartphone, and the experience then wasn’t that great.

As I said, the experience with the iPhone was so unpleasant that I once I switched to Android, I felt that iPhones were overpriced for what it could offer.

Why I returned to the iPhone

Fast forward to 2019, and the iPhone began calling me back.

This has a lot to do with how Apple switched how they made iPhones function.

The smartphones, which were once overpriced phones, now seem rather appealing due to a better camera set-up, less exclusivity in their functions and better durability.

Android flagship smartphones also seem to grow more expensive these days that they equate the cost of an iPhone.

Reviews on the iPhone online also made me eager to try one out, and when my wife got hers (largely due to the lack of choices she was given by her company), I realized that I could actually consider using an iPhone again.

The urge to get an iPhone increased when my expensive Samsung Galaxy Note9 got damaged due to manufacturing defects.  Its replacement, a Xiaomi Mi Note 10 Pro failed to live up to my expectations.

Using the Mi Note 10 Pro felt like a downgrade because one of a smartphone’s most important feature to me, the camera. The Mi Note 10 Pro failed to capture moving objects nicely with my shots coming out blurred most of the time.

I soon found out that the problem was with the shutter speed.

The Samsung Note9 had superior shutter speeds if compared to the Mi Note 10 Pro.  The only Android phone which could match Samsung Note9’s shutter speed was from Huawei’s flagship Mate and P series. They however didn’t host Google apps.

The other option was the Apple iPhone.  So, from there on, I started taking the iPhone series more seriously.

Scouting for an ‘affordable’ iPhone

Fact is, in 2019, the year the iPhone 11 was released, I began taking notice of what the iPhone had to offer.

The more I read and watch reviews, the more intrigued I was with the iPhone.

In 2020, the same year my Samsung Note9 died on me, I started considering the iPhone 11.

While I liked the photography set-up, the one thing holding me back was the price.  iPhones cost a lot of money, and I thought I shouldn’t spend so much on a phone.

However, I started scouting for affordable new iPhones by comparing packages from different telcos and also retailers.

At the end of the day, buying an expensive smartphone like the iPhone would be best if done from a retailer like SenQ where they offered double the warranty at the same retail price.  Such warranty was important and helped me get my Note9 repaired for free.

Other options was to get them on Lazada where I noted the prices are quiet significantly lower.

Packages from telcos were equally attractive, but their warranty period wasn’t, and I felt that paying over RM300 a month for data and a phone was a bit too much.

But here’s the thing, I needed the money to get it because the iPhone I wanted, the Apple iPhone 12 Pro Max, cost almost RM6,000.

So I started putting some cash aside to ensure I could buy the phone. I wanted to get it for my birthday as a self birthday present, but then, I somewhat got reluctant to spend that much for a phone and opted to buy a camera which I needed for work.

In January, I also contemplated, but again, stalled because I’ve just bought a new laptop and camera, and I wanted to recover the money I used up from the two.

However, in February, I thought I should not wait anymore and decided I should get it after the Chinese New year.

My wife beat me to it

My wife sort of knew I was aiming for the iPhone 12 because I tend to dwell over my purchase for quite sometime before eventually making a move.

But when an unfamiliar gift bag containing a black box suddenly appeared on my ‘working table’ at home on 9 Feb 2021, I became speechless.

My wife left a short note explaining everything with the iPhone 12 as a present.

I personally never expected to get such a gift from her as it was really expensive.

I can’t explain how it feels, but I bet you know it feels really good to get something that you’ve always wanted.

Thanks to my wife, I am now using an iPhone 12.

Actually, at the time I’m typing this, I’ve used the phone for almost a month already.

So far, I’ve little complaints about the phone, but I’ll let you know more in my up-coming review of the phone.

To that, thank you my wife for the gift.

How I save when shopping online