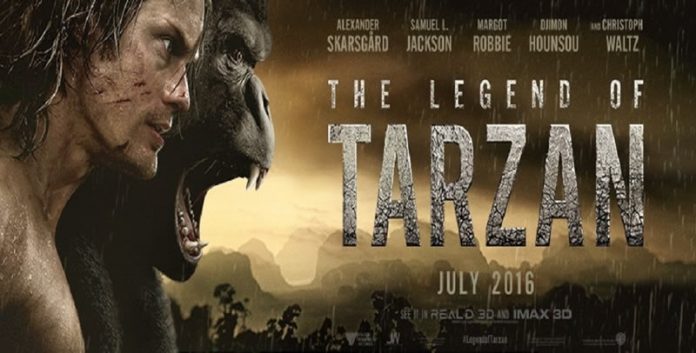 If you think ‘The Legend of Tarzan’ is a remake of the all time popular Tarzan cartoon, or former Tarzan movies, prepare to be disappointed.

The trailer does make you wonder if this remake would be anything like the any other Tarzan movies, but let me tell you it is an entirely different piece which is both interesting and perhaps better summed up as a continuity of the old time favourite tale.

The movie is indeed a good watch, but there was a few anti-climatic moments to me. One would be when Tarzan finally was brought to meet Chief Mbonga, with the epic battle ending just … ‘like that’… (watch it and you will know what I mean).

It would also be greater if the human tribes had more role in the battles, instead of just being ‘pom pom girls’ as they animals attacked the enemies on their behalf. More of this would really make the movie much cooler in my opinion. Maybe I’m influenced by other action movies, but well… it’s just how I like it.

Anyway, if you have time on your hands, The Legend of Tarzan would be a nice movie to catch.

However, don’t expect Lord of The Rings or even Planet of The Apes sort of battles in the movie because from what I saw, I still don’t know why there’s a PG13 rating given.