This week, principals and heads of selected schools in Sarawak have been asked (almost closed to being forced) to attend a forum/event about technical education in a local hotel in Kuching.  I know this because I saw the letter and it read “…attendance is compulsory for the principal, and failure to attend would also result in the principal needing to reimburse the cost of accommodation in the hotel, including other cost“.  Mind you, the ‘cost mentioned’ was not cheap as the hotel chosen wasn’t just a budget or ordinary hotel. In fact, it was mentioned to me recently by an officer that the hotel was out of the budget for some government departments. 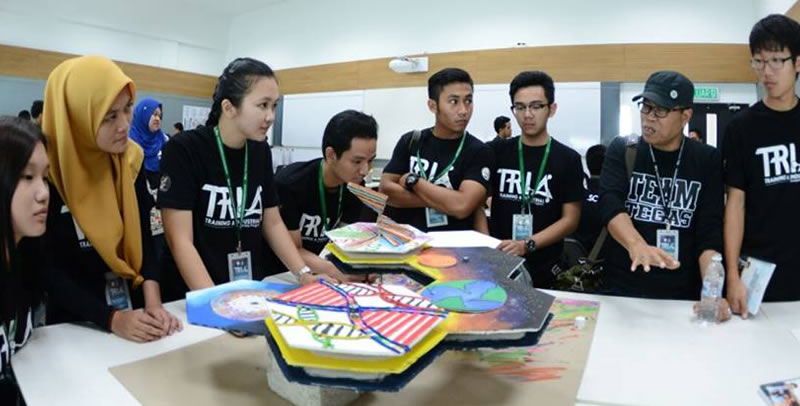 To me, this signals how serious the Sarawak government is pursuing technical and vocation education training (TVET) in Sarawak, moreover with the huge allocation and role of Tabung Ekonomi Gagasan Anak Bumiputera Sarawak (TEGAS) to promote such education. – JUST SO YOU KNOW, while TEGAS does have the word ‘Bumiputera’ in it’s name, IT IS FOR ALL SARAWAKIAN. An officer from TEGAS likened it to the name ‘Bank Bumiputera’, saying that like the bank, it is only a name, but serves everyone. To find out more about TEGAS, go here.

Anyway, with TEGAS doing amazing work to promote TVET in Sarawak, the government has went on to pursue another education problem in Sarawak, namely the use of English in our education. This is where the comment below becomes interesting. 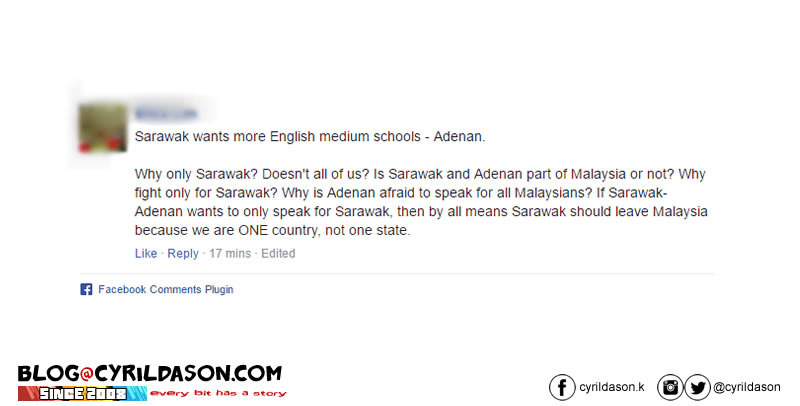 I found the comment above from an online news portal about Sarawak wanting more English medium schools.

While I am called to directly answer the comment in the site, I figure, a long overdue blogpost is in order for my blog, especially since the comment above is not an isolated case. It seems, many are asking similar question. The comment above however, just went an extra further as he/she asked why Adenan only speaks for Sarawak and not Malaysia, and suggest “Sarawak leave Malaysia because he is not speaking for the country“.

But frankly speaking, in my opinion, Adenan can only speak for Sarawak because he is the elected leader, by a landslide victory, in Sarawak. He was not chosen by other Malaysians, and only by Sarawakians.

That said, he is only speaking within his mandate, and has no power over the rest of Malaysia. I feel that it is wrong to want him to bark over issues pertaining to the country when he still has so much to do and say at his own backyard. 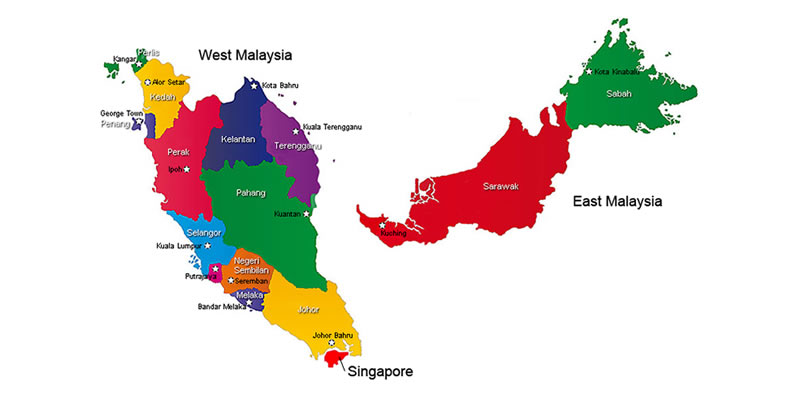 Asking Sarawak to leave Malaysia is a little bit too much, although I do find the suggestion quite interesting coming from a person I assume is a non-Sarawakian.

In fact, if Adenan could do anything about the Malaysian education in general, he would need to be a minister at the federal level to be taken seriously, or else, he would just be like any other Malaysian, barking without having any executive power to change anything.

In fact, some are also asking why no one is pursuing critical things like Adenan. Em, makes me wonder, your MB/CM not doing his job eyh?