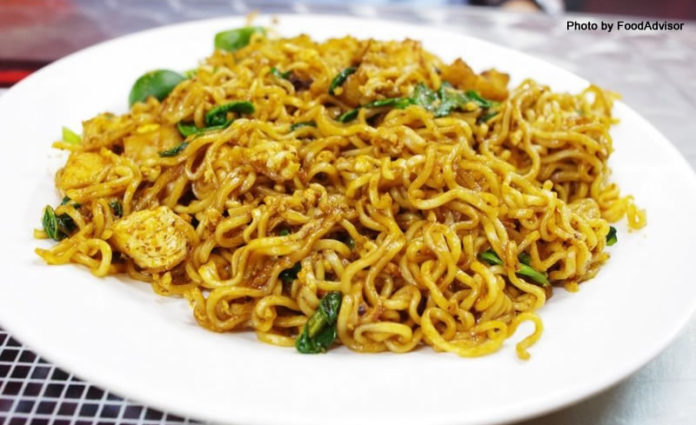 I am sure that by now, Kolej Abdillah has produced at least 50k students whom now work practically anywhere in the world.  God bless such a lovely school!

The school which is regarded as one of the oldest in Sarawak, and also considered a premier school (during my time) has lots of wonderful memories spat right in the middle of my mind to the extend that I always wished I could turn back time and re-live those wonderful moments.

Lately, Kolej Abdillah has a different reputation, and although I do not want to go into the argument of what has it become off… I can just say it’s different.

One of the most significant changes comes in the sense of food.  It all started when I was still a student there, but now, from what I heard it’s worst (food wise).

You see, back when I was still an eager young mind, wanting to learn lots of new cool stuff, we had these people called ‘cooks’ working full time to feed us as boarding students.

No matter how nasty the food was, it was still delicious.  Proof would be the long queues for lunch, dinner, and supper.  In fact, breakfast had its share of fans, and brunch and tea breaks would also have adequate followers if it wasn’t for the fact that the girls used to shy away from the hall during these hours.

In fact, the principal then, Mr Putit Hj Ped had to introduce ‘identity cards’ as day students tend to join in to eat those glorious food.

Yes.  In Abdillah, we ate practically 6 times a day, and that does not include the ‘extra’ special food we would get if there was some extra work we needed to do for the school.

It was just something I bet not many schools do experience, and I bet most of us ex-collegians, especially during my batch would tend to very proud of.

I think of all the menu’s we had during our years in Kolej Abdillah, the one most glorified food ever, which I could also be deemed as un-rivaled, and now probably close to extinction would be the infamous Mee Selor.

Skeptics would say I’m just honking an untrue tale, but if they saw the effort it took to be among the first to get in line, and how we tried to manipulate our fellow friends manning the food counters to give us HUGE PORTIONS (try placing a 1.5 liter bottle on an aluminum tray, and imaging that was the height of our noodles, an the tray was filled to the brim) of noodles, they would think otherwise.

The whole process to be among the first to get in line before the food counter opens itself is like a very complicated organized crime organization.  It involves those within (student servers on duty), the law enforcers (the prefects), the front-liner (those whom will go out early to stand in line), and of course the big bosses (whom just wait to pounce the meal).

How we did it would remain a mystery, but it was definitely worth every bit because there was no word or action which could describe the satisfaction of having those noodles in out tummies.  Add a bottle of  ‘hostel coffee’, and you’ve got yourself a complete meal to last till morning!  Even Starbucks can’t beat this combination.

I’m sure, most collegians who came out of Kolej Abdillah during the year 1998-2000 (I don’t know about the years before 1998) would remember what the whole experience was like, but I can frankly say that the topic ‘Ayam Setengah’, ‘Mee Selor’, ‘GC’, ‘Spektra’ and ‘Putit Pet’ will definitely ring up fond memories of those exciting years in this semi-boarding school.

p/s: Too bad we didn’t have many Digital Camera’s back then, because it would be better if I could show you guys the Mee Selor 1st hand.