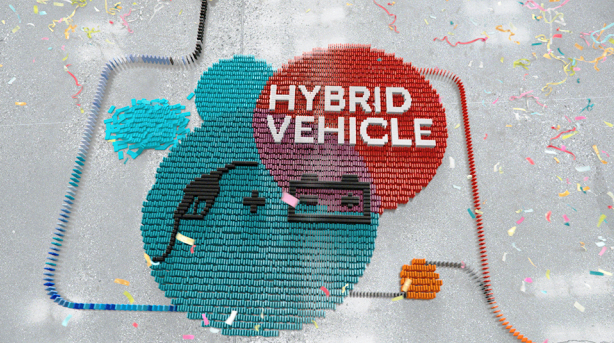 Let me tell you something about cars, which is related entirely about me. Nevermind the title which says ‘Sponsored video’, coz the video is sponsored, but this post I’m writing is all from me.

Here it goes; I’ve always wanted to own a hybrid car, or even better, a car which does not run on the super expensive fossil fuel we call petrol.

It sounds really impossible at this point, but Toyota, being the masters in car manufacturing and engineering for decades, has decided to make a video featuring dominoes standing up, hence mimicking their ability to create cars which defy logic and the impossible. You can check the video below.

Kind of a neat video if you ask me, but anyway, Toyota has been making huge progress in the making cars which save fuel lately, and they call these cars the FCV’s or in our layman’s term, ‘Hybrid cars’.

The Prius was one great example of such a car, but it has been quite some time since Toyota came up with a hybrid car worthy to replace the famed model. Nonetheless, the wait is over, and the new model is coming realllyy soon.

Now, I don’t know that much about this new Hybrid car, but I bet it is worth a peek. For those of you keen to know more on the car, get to Toyota’s global site and follow them on their Youtube channel. Who knows, the new Hybrid might make you change cars.

For me, the fact Toyota does even consider making such cars which saves fuel, is a huge plus point for choosing them. And I mean that!

“This post has been sponsored by Toyota, but all thoughts are our own”.