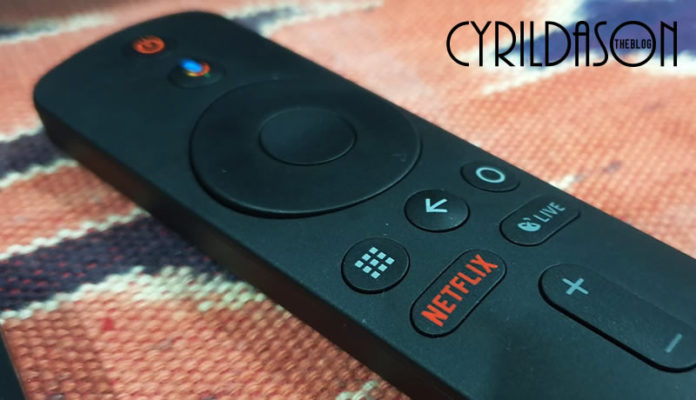 The best Android TV Box (also known as set-top box) is not easy to find, but I believe I have found it.

Before I tell you more, let me first tell you that I obtained the Android TV Box because I wanted to watch Netflix, and I only got it after I realized that my household watches more series, cartoons and movies than live TV.

I could opt to buy a Smart TV which would allow me to also watch Netflix on TV, but prices of Smart TV aren’t exactly cheap. The next option was to get an Android TV Box.

Historically, I used to have one Android TV Box a few years back.  It was slow and maneuvering the box was difficult.

That said, the Android TV Box I wanted must be able to stream Netflix, and it should be easy to use.

This was when I decided to try the Xiaomi TV Box S (also called Mi Box S). I have since regarded it as the best Android TV Box.

ABOUT THE XIAOMI TV BOX S

It comes with a 2GB RAM, and 8GB storage space, which is really generous for a TV Box which is priced at just around RM330.

It is powered by the Mali-450 Quad Core Processor, and uses the Android 8.1 as it’s processor.

In terms of looks, it is pretty simple.  I do however love the remote control which is just the right size and feels premium. There’s a dedicated Netflix button on the remote as well.

The remote and the Android TV Box communicates with each other using Bluetooth, so having the TV Box blocked is not an issue.

Installation of the Android TV Box is very easy and simple. It is a mere plug and play.

Once you’ve plugged in the HDMI cable to the back of the TV, and connected the power supply to the Android TV Box, you are good to go.

The best TV box loads immediately upon switched on, and all you need to do is insert your passwords for both Netflix and your house WiFi.

Once these details are in place, the Android TV Box is ready to use.

WHERE TO BUY THE BEST ANDROID TV BOX?

I bought mine at just RM299 including shipping to Kuching on Lazada and I was really satisfied. A free HDMI cable was also included.

Since Xiaomi Android TV Box does come in two versions, I would recommend ensuring that you get the Global version. Unless you understand Chinese, stay away from the Chinese versions.

My daughter should understand Chinese in the near future since I sent her to a Mandarin speaking kindergarten.

Anyway, I also obtained a 10% discount over my purchase with Lazada because I paid using Lazada Wallet. Lazada Wallet is Lazada’s e-wallet.

I have to admit I was pretty surprised with the quality of the Xiaomi Android TV Box.

Navigation around the TV Box is snappy and I can watch TV and Youtube with ease.

I’ve also since subscribed to Netflix and watch the channel on TV as well, so I do highly recommend it if you do not have a Smart TV.