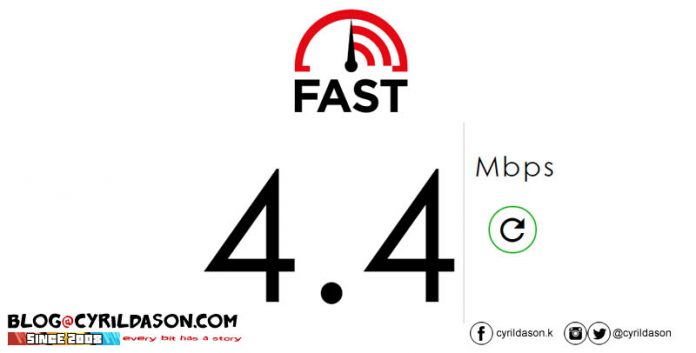 There has been a lot of hu ha hu ha about UNIFI and its capabilities. Those I know have said that speeds offered by UNIFI, which utilizes fiber optic cables, surpass what copper wired Streamyx offered if both had similar speeds.

So, when the TM contractor started pulling up the UNIFI cables into my area, I was pretty excited. As a person who spends not less than RM300 a month on telecommunication, fast internet speeds would definitely be something. 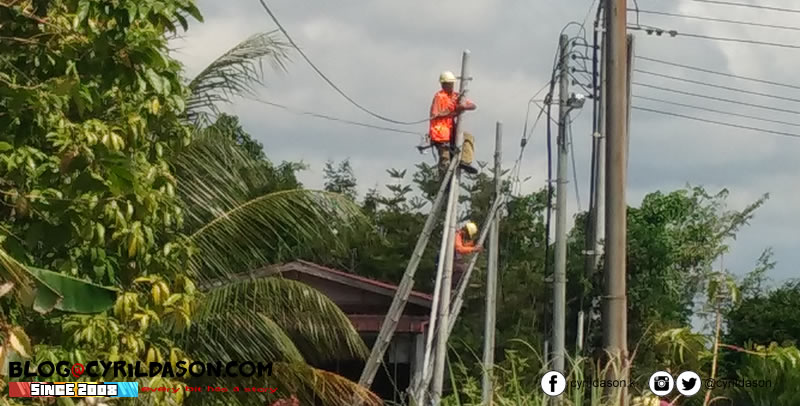 So when installation of the main cables were completed, and with TM sales representatives sending brochures about UNIFI now being available in my area, I signed up for a line under my wife’s name.

Installation came a few days later and by Tuesday evening, my house was UNIFI-ed. When installation was made, the technician didn’t show me their speed test results, but that was usual I guess since they didn’t do so when I installed my Streamyx either. 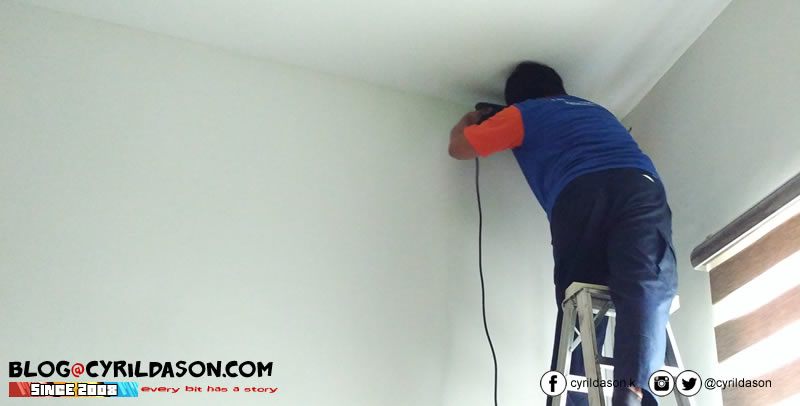 Happy that I would now boast better internet speeds,  I posted on social media that my house is getting the well promoted High Speed Broadband by UNIFI. My post gained quite a few reaction. Some were envious, others gave a ‘Like’.

After a day using the internet speed, my wife mentioned to me that the connection was rather sloppy, and so I did a speed test.  Not once, but more than 20 times.

This was because I couldn’t believe the speeds I was getting.  It was below the speeds promised. I signed up for a 5Mbps package and the speed test revealed the speeds below. 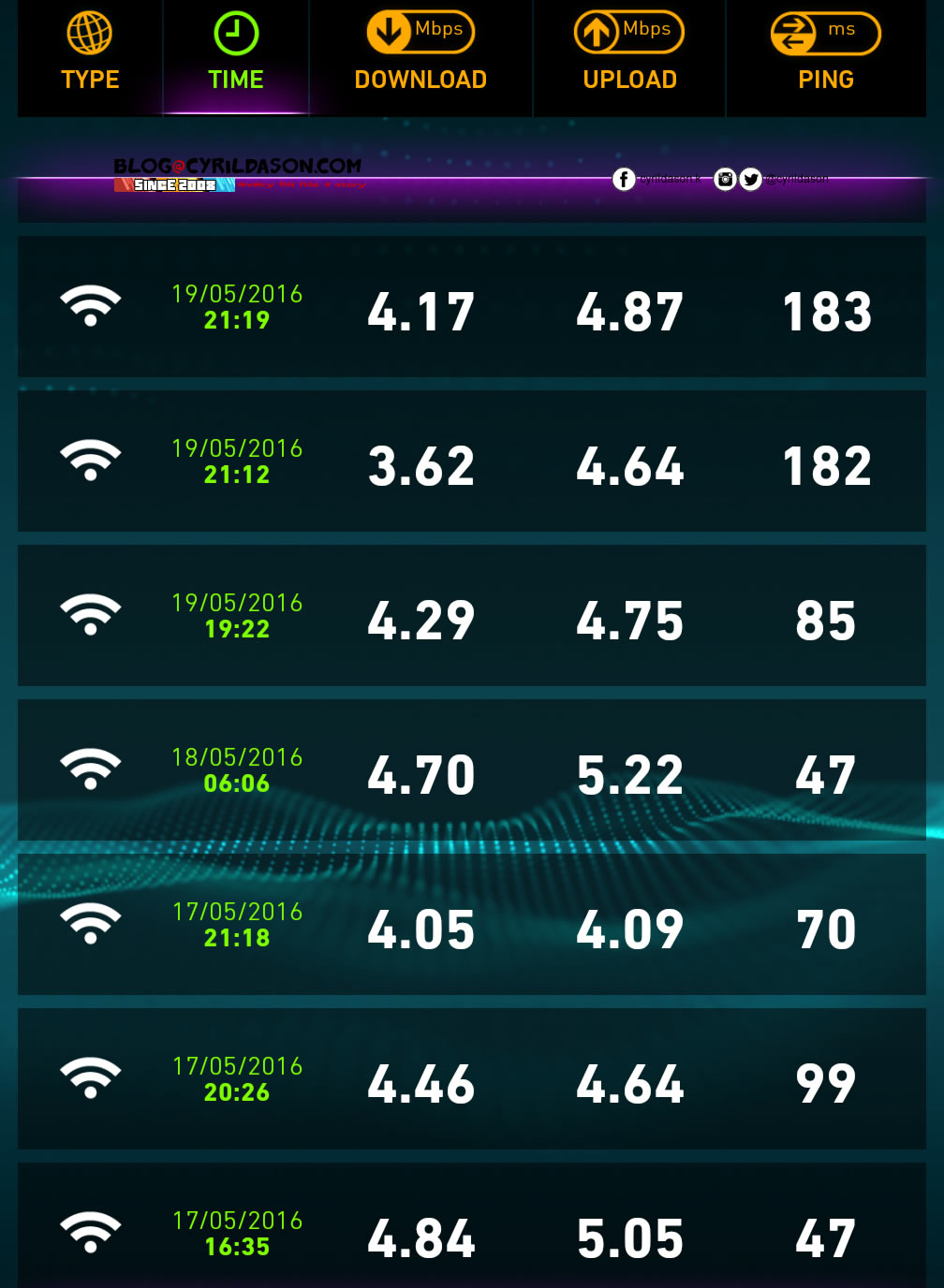 To make it worst, I have only hit 5Mbps three times til the day I’m doing this post.  Yes.  THREE TIMES OVER THE SPAN OF 30+ tries, over the span of a few hours each. The 5Mbps results were never back to back.

Rather dissatisfied, I contacted TM’s help on Twitter and they told me that my internet speed is  acceptable according to their Fair Usage Policy (FUP).  They explained that their FUP says that if 80% of the promised speed is provided, it is considered acceptable. 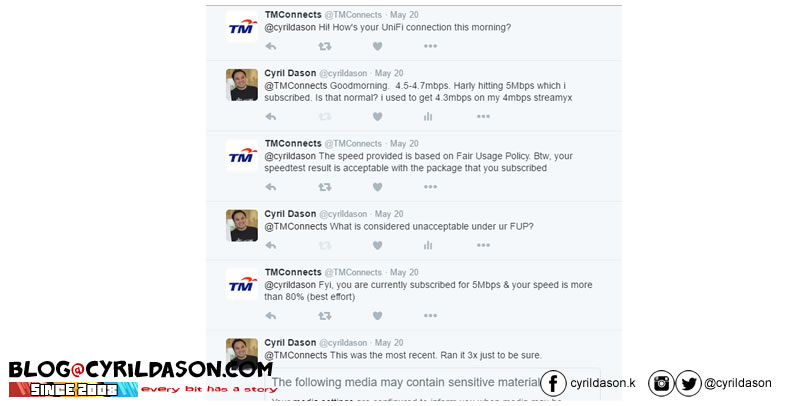 I did some calculation and what TM meant was that they could give me 4Mbps, and it would still be acceptable according to their FUP!

I have known about the FUP, but it never bothered me much since my former Streamyx line always exceeded the speeds I subscribed.  When I was on a 4Mbps line, I always had a constant 4.3Mbps to 4.5Mbps, per speed test. TM was giving me more than I paid for,  so why should I complaint?

On other telcos, not hitting their quota was the key issue especially since wireless internet connectivity is known to be unstable in terms of speed.

But now, with UNIFI, I am getting less and I see two ways to solve this.  One is for TM (or any other telco also doing similar practice) to state speeds starting from their best effort. This means TM would always give more to reach the minimum speed they promised. Secondly, was for TM provide speeds beyond what they promise, so that the speeds would always hit the promised speeds. 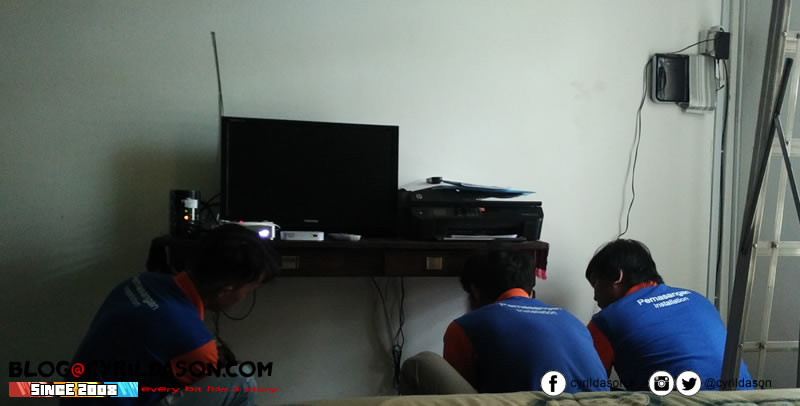 As one of the many consumers of TM, I believe I’d be happier to get faster speeds than what I bought, rather than the opposite.

Before I slept last night, my UNIFI line hardly hit 4Mbps when I did my speed test, and you can see the results below. I can’t complain since I wont be home to administrator any repairs. 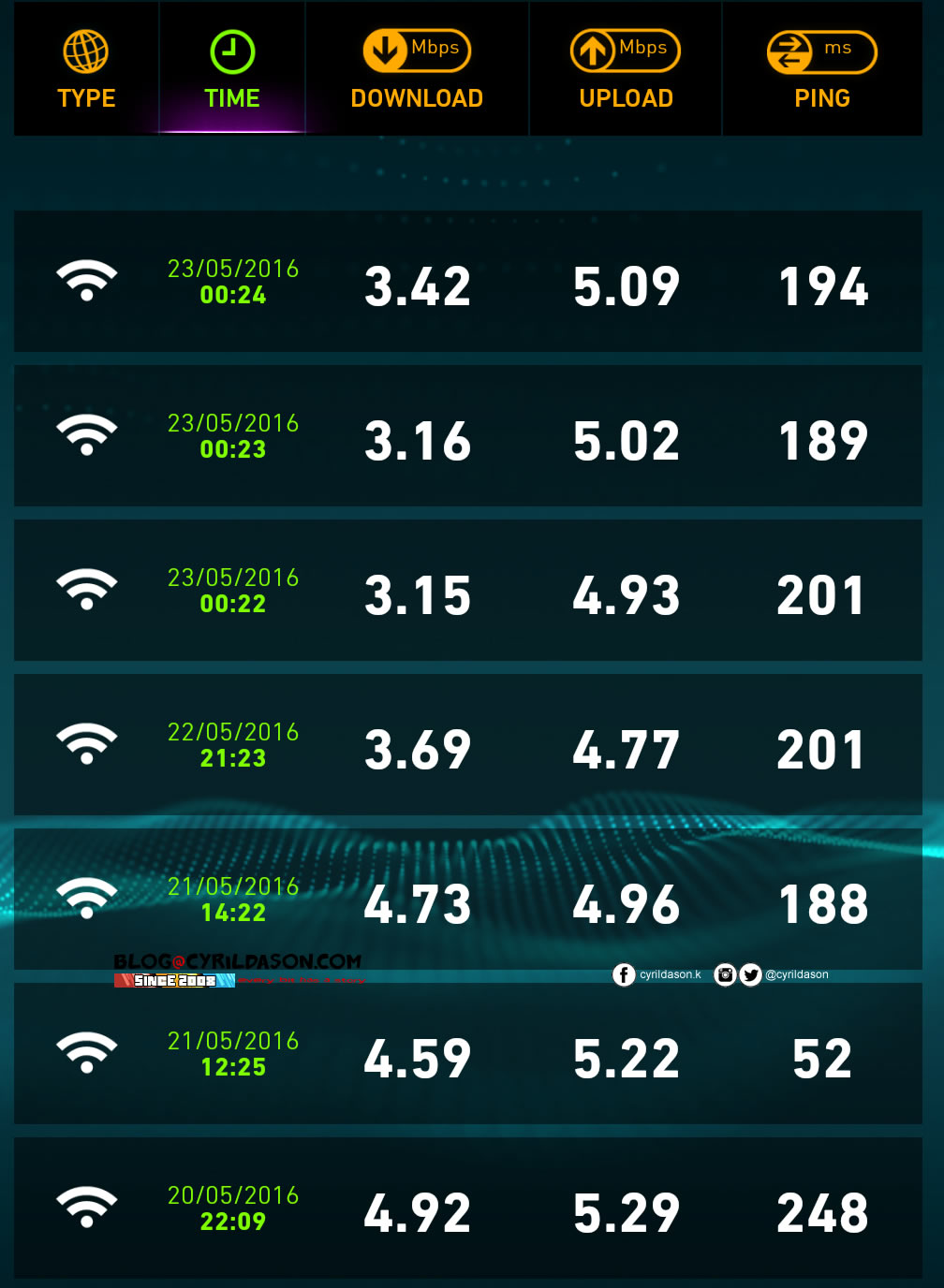 But regardless, do you know how this FUP thing makes me feel right now? Well, if you guessed I’m feeling cheated, you are damn straight right.