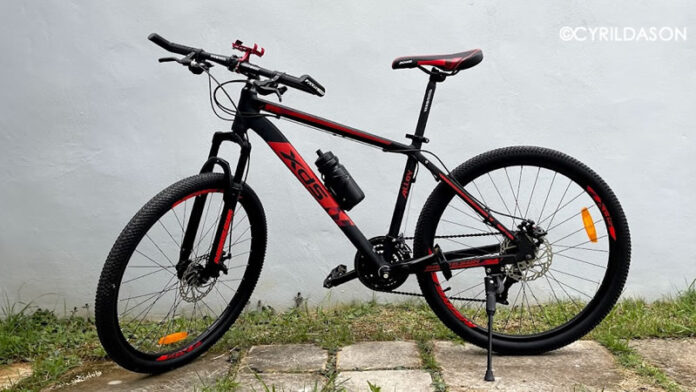 I now own the XDS Risingsun 300 MTB (mountain bike). You know I’ve previously bought and then sold the MACCE folding MTB, and then bought the Forever MTB SFM753 at a bargain.

However, just last week, I decided to sell it off after I made my first long distance ride for about 15KM.

Why did I sell my new Forever MTB

For starters, I never liked how the bicycle looked, and the design lines on its body were annoyingly not symmetrical. I know these are poor reasons to let go of a bicycle, but having or rather owning something you like, means more satisfaction, and that was the case with the Forever MTB.

While the bicycle was good, I just felt it wasn’t my style and I noticed I was still looking for an MTB despite already owning one.

That said, on the day I decided to go the distance on the Forever, I also decided to let it go and see if anyone would buy it for almost the same price I bought it.

I was lucky because before someone contacted me on 10 Sept 2021, and offered me a price. There was a slight loss but it wasn’t significant, and so I let go of the Forever MTB.

Even before I sold my bicycle, I already had my eye on a couple of bicycles. I actually wanted to try a road bike, but since the shop where I decided to get my new ride didn’t have any road bikes, I was ‘okay’ to get another MTB.

The bicycle of choice this time was the XDS Risingsun 300 MTB. 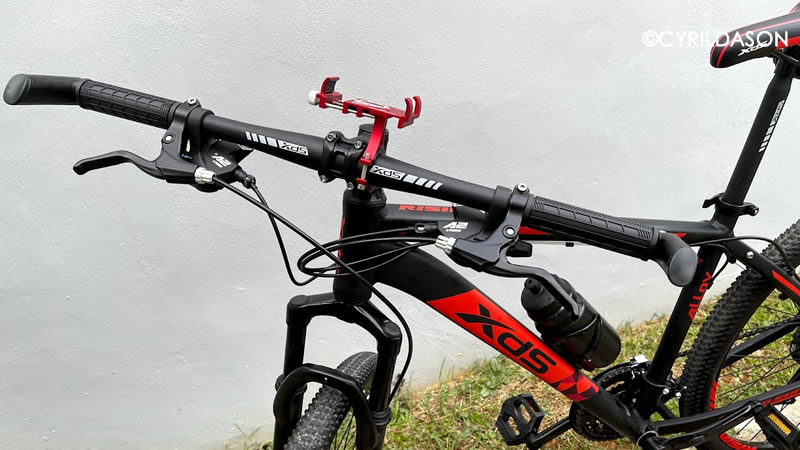 It was a slight downgrade from the Forever MTB to be honest because the XDS MTB didn’t have quick release for its wheels, and had a fixed fork.

It also didn’t come with a torch, but I really liked how it looked.

The red and black colours it had was ‘so me’ and after I consulted a friend (Syaifree) who knows about bicycles, I was convinced that I could upgrade other parts I felt weren’t up to my satisfaction in the future.

After giving it a few rides, I confirmed my purchase and the MTB was mine for RM1,200. 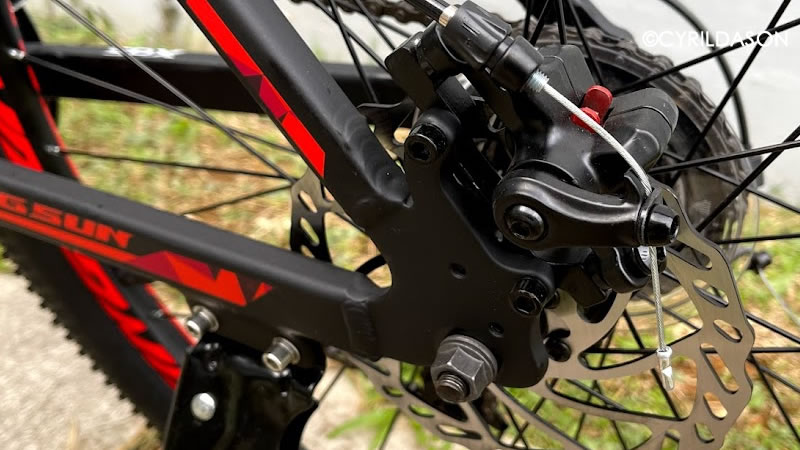 The specifications of the bicycle are as follows:

What I liked about the XDS MTB

The best thing about this bicycle is the colour. I like it. As I said, it is ‘so me’.

I also liked the paint job which is matte and looks really nice.

In terms of ride comfort, this bicycle is not bad and acceptable, but I am considering to change the saddle because it feels a bit uncomfortable.

I also felt the bicycle is rather light at 14.9kg. 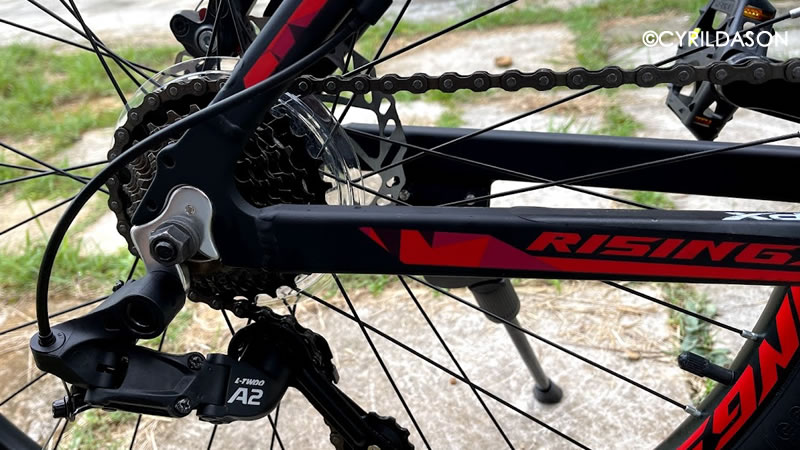 I can’t help compare this XDS mountain bike with my former Forever MTB.

This bicycle doesn’t have quick release features for its wheels which is bummer.

I also felt the gear shifters and derailleurs weren’t well tuned with some gear selections having chipping sounds. This maybe the fault of the shop which installed them and is not entirely related to the bicycle itself.

The bicycle also didn’t come with any accessories which include front and rear reflectors.

All these components or problems I’m listing are upgradable so I’m not too bothered.

Last but not least, the front fork is not lockable, and I felt the fork suspension isn’t as ‘soft’ as the one available on my Forever MTB.

I bought my MTB at a local bicycle store for RM1,200, but if you don’t mind ordering it online, it is cheaper by a few hundreds.

This store was selling the same bicycle at just RM890, but if you search for the bicycle online, there’s a lot of cheaper options.

Regardless, buying online does need you to do some basic installation on the bicycle which can include fixing the front and rear tires.

Usually the derailleurs and shifters will already be fixed from the factory, but you still need to make minor adjustments to get the best out of the bicycle.

If you read this guide about cycling I’ve made, you will realize that one of my top tips when buying a bicycle is to get one that you liked physically.

With this XDS Risingsun 300 MTB, I believed I’ve achieved just that.

As said above, the bicycle isn’t perfect, but I am happy and confident enough that I will over time upgrade this ride to have more adventures with my #Bike4Ril adventure.

And you also need to consider buying a saddle bag if you plan to go far when cycling.

Things a beginner cyclist should know before cycling

How I save when shopping online