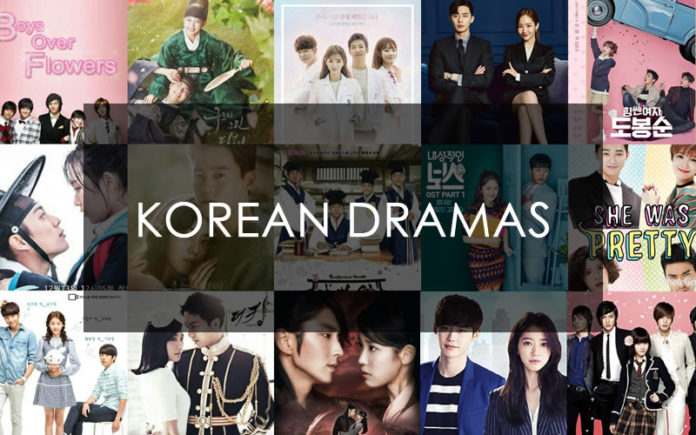 Move along Hollywood because the best Korean Dramas is starting to take my world by storm.

My wife re-introduced me to Korean Dramas this year and I have been on a roll, particularly since I have time during the Movement Control Order (MCO) imposed in Malaysia.

REINTRODUCED TO THE BEST KOREAN DRAMAS

I say re-introduce because there was this one point in my life time, I was also a fan of K-Dramas. This was during my secondary school years.

Then, the K-Drama that was buzzing was Winter Sonata, but I particularly loved another called Autumn In My Heart which had actress Song Hye-kyo. Both stories were aired on Free TV and my family watched them religiously. 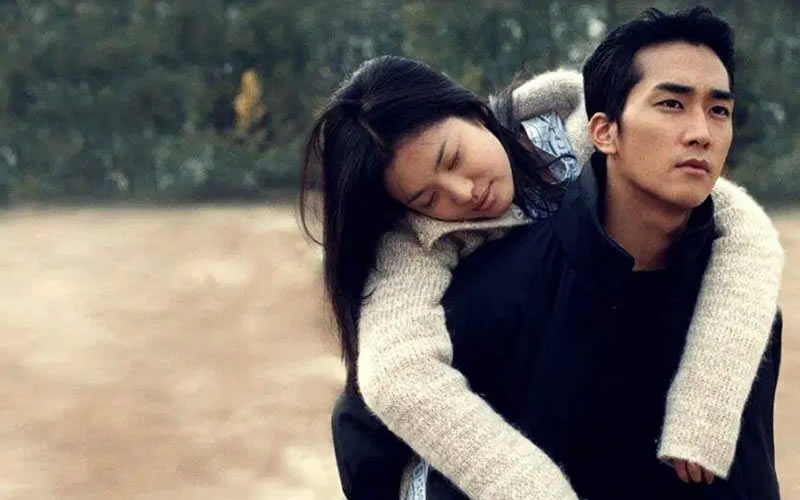 My interest in K-dramas however dwindled as I went on into university because I didn’t have a TV. Aside from that, we didn’t have streaming services like Netflix and getting subtitles for K-dramas were difficult.

It was then when I switched to Cantonese dramas which were available in abundance.

I have not been watching many Korean Dramas since, but this year, I’m back. In fact, I can also be picky of what Korean Dramas I would want to watch because there’s so many.

Anyway, since I’m watching these dramas, here’s the best Korean Dramas I’ve enjoyed so far according to rank (as it seems people are asking me about it).

The rank of each drama depends a lot on how it makes me eager to continue watching.  Dramas that are able to make me sacrifice my sleep time will rank higher, while those I will watch while while checking my phone more constantly will rank lower.

Presumably, the dramas that make me lose sleep are good, and the ones that give me time to check my phone every now and then are draggy and rather less interesting.

I’ll update this list from time to time and post up the latest rank on my FB page.

If ‘I rajin‘ I also did a full review of the drama.

Chocolate is a drama that never seems to peak. While it started off promising, it remained as it is until the end giving me an anti-climax sort of feeling.  Chocolate revolves around Neurosurgeon Lee Kang and Chef Moon Cha-Young, both finding their way to love each other despite family affairs.  The drama shows plenty of cooking, but somewhat lacks that final punch to really shine.  This 16 episode drama took sometime to finish because it was one of those I could just turn off without much need to know what’s next. The background songs featured in the drama are nonetheless good.

While the drama seemed to be centered about the romance between Han Yeo Reum’s and Lee Soo Yeon, I was more interested to know about Soo Yeon’s robotic arm.  This drama started well, but Yeo Reum reaction to numerous occasions spoiled it for me. Aside from that I disliked Lee Dong Gun fixation about Soo Yeon arm.  I thought it was too ‘made up’. Several other scene also don’t add up to me, and while the ending was supposed to be ‘happy’, they somewhat didn’t show Soo Yeon face, which was odd. A drama which will not keep you waiting, but will likely not also make you wanting.

I have to admit that Goblin ended spectacularly well.  The last four episodes were so sad, it teared me up good.  However, the love story between Kim Shin and Ji Eun-tak developed really slow that I starting wondering if the high ratings it received were genuine. The highlight of the drama will likely be the bromance between Kim Shin and Wang Yeo, but due to the slow pace of the movie, I wasn’t really pulled into enjoying it until episode 10 started.

This drama is about Kang Ma-ru who is just so nice to enable his former love to make use of him countless times. The drama starts off slow, but gets interesting as it slowly reaches the ending.  A good one to watch if you love something about crime, back-stabbing and romance, but be prepared for a slow start to all the thrill.

I think I got the plot all predicted by episode 11, but that’s me. This drama mixes romance and life of the dead (horror), but the intrigue comes in the relationship between Jang Man-wol and Gu Chan-sung.  There’s some nasty scenes every now and then, but nothing too bloody.  The last few episodes were sad to be honest, but I’m a sucker for romance tear-jerkers, so this was good to me.  I’d also like to note the fancy dressing of Man-wol, which I though really shined!

Centered about revenge for a failed married, and being back stabbed, Wok of Love was pretty enjoyable.  The characters were colourful and the Seo Poong and Wang Choon-soo are really what gave this drama attraction. This isn’t one of those dramas which you’d eagerly await to continue watching, but it isn’t also that bad to the extend you’d just glance once a while at it.  A good drama to make you feel good.

Suspicious Partner started off very promisingly.  It centered mostly between Noh Ji-woo and Eun Bong-hee whom were both trying to prove Bong-hee’s innocence. It led to more drama and later attempts for murder, and several twist in the plot of the drama. Personally, I thought this drama wasn’t that bad, but still, it had its moments which made me cringe because they were just too lame.

11MEMORIES OF THE ALHAMBRA

This drama at first wasn’t my cup of tea because it is based on science fiction.  Along the way, it grew better, with the science fiction slowly parting ways to give more room for the love story between Yoo Jin-woo and Jung Hee-joo to unfold.  Unfortunately, the ending was a huge disappointment to me, and despite all the plot twist and love scenes, the ending spoiled it for me.

The premise of I AM Not Robot is interesting – it tells about how one in self isolation for 15 years falls in love which a so called android robot, without realizing that she’s actually human.  I didn’t have high expectations for this drama at first, but the build of the drama was good with the drama ending pretty well. The drama didn’t make me anxious to continue watching, but it was still additive once I started. Not many tear-jerking moments, and it did keep me happy.

9THE HEIR a.k.a INHERITORS

Known also as ‘Inheritors’ on Netflix, The Heirs showcases the economical divide between Kim Tan and Cha Eun-sang.  This is a teen drama and it feels like not only because the drama happens largely in school, but also the fact that the drama doesn’t go further than school life, except for the ending.  However, like school life, there’s so many things going on, hence making this quite a drama to enjoy.

This was a brilliant recommendation by my wife. Let me first say that secretary Kim (Li Min-so) herself is almost flawless and I really love her facial expression.  I don’t know why, but her earrings were really gorgeous as well! Anyway, the role of Li Min-so was the one that won this drama for me.  Her style, facial expression and how she brought herself in the drama was simply captivating. Personally, I found the sound effects in the drama annoying, but that’s just me.

Pinocchio was a surprise package because it ended being one of the most interesting K-dramas I’ve watched so far. The drama combines revenge, humour, hate and love altogether and I really enjoyed it.  Every role played an important role in this drama, hence leading to its success.  I guess the story line has its twist at the end but this is one of those dramas which ends well enough for me.

Uncontrollably Fond has the ending written all over it when the drama starts.  I mean, I could already predict the ending of the drama when I saw the first episode.  It is however ranked higher than other Kdramas I’ve watched because the cast is good looking and I felt the plot was ‘smooth’.  The soundtrack was also good, but I didn’t like the ending which to me was ‘half baked’.  It took me over 3 days to complete this drama which makes it fairly favourable.

This is a full out romance movie but I liked it because the cast were pretty natural in their roles. This was especially true for Hong Ji-hong and Yoo Hye-jung.  Their aura as a couple showed from the moment they started being together.  A simple medical drama which I thought could have easily evolved into Korea’s very own Grey’s Anatomy.

4DESCENDANTS OF THE SUN

Descendants of the sun brings an interesting mix between medicine and safety with both the love story between Captain Yoo Si-jin and Doctor Kang Mo-yeon taking center stage.  There’s comedy, drama and of course romance throughout the drama which makes it exciting to watch.  There’s not many twist in the plot, but watching romance bloom is always adorable.

Dr Romantic was so good that they are now thinking of making a third episode, well so I hear.  Anyway, I personally do not get why it’s called Dr Romantic, but if you are looking for romance, this isn’t that sort of movie.  In fact, I felt it was rather ‘House M.D’ like, with a medical and Korean twist. The drama centres Master/Teacher Kim and a Doldam Hospital.  Romance (the little of it) comes in two different lead couples in the two seasons it has so far.  However, I prefer the first season couple, although Lee Sung-kyung which plays Cha Eun-jae in the second season, is cuter. Regardless, Dr Romantic doesn’t make you cry buckets, but it keeps the story line interesting enough to make you want more.  If it had better soundtracks, I would probably rank this one higher, but regardless, it’s one of the good ones out there.

2THIS IS MY LOVE

This was probably one of the fastest 16-episode K-Drama I completed, but the reason why it didn’t rank higher than it is was largely due to the poor soundtrack selection.  However, that didn’t stop me from sleeping at 5.30AM for two nights straight, and crying buckets along each episode.  Anyway, if there’s any drama telling about true love, this would be it.  The drama starts off brilliantly by telling the story of Ji Eun-ho and Ji Eun-dong when they were kids.  They do however get separated, and the rest is worth your time to binge.  This is also one of the few K-Dramas which I think had good closure.

1CRASH LANDING ON YOU